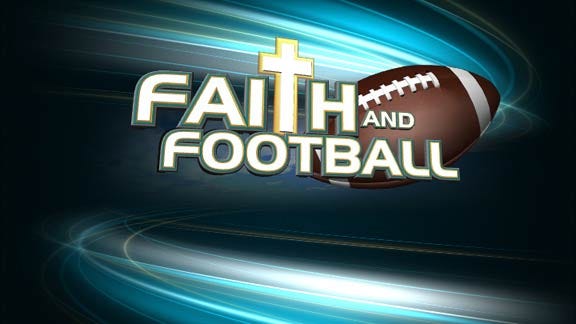 OKLAHOMA CITY – There were plenty of teams garnering attention Saturday at Oklahoma Sports’s High School Football Media Day, but one team stood out among the rest.

Last week Oklahoma Sports featured a Faith and Football story on the Patriots, who went 0-10 in 2009 but had some bigger issues to worry about.

More than 85 percent of Putnam City West students are on free or reduced lunch, but often had nowhere to turn to for food outside of school.

Several local organizations started a food bank for the PC West football team, ensuring the players had a source of nourishment.

But since the team’s story was told last week, Patriots coach John Jensen said the response has been overwhelming.

“The outpouring from Oklahoma City and the alumni of Putnam City West has just been outstanding,” he said. “It’s been touching. I broke down crying the other day from just the outpour.”

Not only has the reaction been felt from the community around PC West, but also statewide and nationally.

“Deer Creek High School helped us out the other day,” Jensen said. “A high school in Texas called, who their booster club buys every kid a new pair of cleats every year. They are sending us older cleats but they will be new to us.”

An NFL wide receiver even caught hold of the story and provided water bottles for every player on the team, a goal Jensen mentioned the previous week but never thought would come to fruition so quickly.

What started as a small act of kindness quickly became contagious, and Jensen couldn’t be happier for his players and his school.

“The phone calls are overwhelming,” Jensen said. “And this is wonderful.”