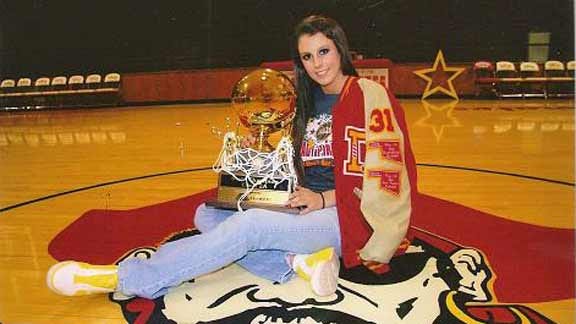 OKLAHOMA CITY -- Brenna Burnett walked across the stage Monday, having accomplished what many dream of -- she finished high school with a 3.9 grade point average, she helped her team win the Class 2A state title and she was recognized as Oklahoma’s Female Athlete of the Year.

Burnett won the award after coaches from around the state agreed her achievements both on and off the hardwood were worthy of the honor.Her father, Benny Burnett, delivered the news to her during senior breakfast Monday morning.

“I was overwhelmed and happy, I guess I had the priceless shock on my face because he started laughing,” Brenna said.

Coached by her father, Brenna’s grown up on the court. She developed a strong work ethic, putting in long hours at the gym to perfect her basketball skills and her leadership.

“It’s always a tough situation when you’re also the coach and your daughter plays for you,” Coach Benny Burnett said. “The thing that made it easy was the fact that Brenna stepped up and performed every day in practice and performed in games.”

Brenna was named Most Valuable Player in every tournament the Dale Lady Pirates participated in last season and helped lead her team to win the Class 2A state title.

“We needed a leader after we had so many graduate. I was like, ‘It might as well be me. I know the plays, I’m good with the younger kids on the team and I can help them out,'" Brenna said.

Her father recalled when Brenna, only 11 months old at the time, was photographed kissing the state trophy from 1992 -- the last time the school had captured the state title.

This year, as a senior, she helped bring the Gold Ball back to Dale, more than 18 years later. It was the first ever 5-on-5 state title for Dale.

“I didn’t realize it until he started taking starters out,” Brenna said. “I was kind of crying already. I just looked at him, ran over to him and hugged him.

Beyond her athletic talents, Brenna’s recognized and well-received by coaches throughout the state.

“That’s probably what makes me more proud of her than what she accomplished on the floor,” Coach Benny Burnett said. “She’s an outstanding young lady.”

The senior graduated Monday evening, ranked fifth in her class after putting in long hours studying. Her dedication to basketball is mirrored throughout the other responsibilities she has off the hardwood. She’s proven to be a leader both on the court and to her peers outside the gym.

“She’s a tremendous leader,” Coach Benny Burnett said. “She doesn’t follow the crowd. She does what her heart tells her to do.”

It’s obvious her basketball coach has great pride in his star player, but he’s also an adoring father.

“It’s any parent’s dream to have a kid like her,” Coach Benny Burnett said. “She knows right from wrong and she always tries to do the right thing.”

Brenna singed in October to play for Palm Beach Atlantic University. Although she’s received several offers since, Brenna said she was sold on the school upon first visiting last fall.

Brenna will accept her Oklahoma Female Athlete of the Year Award in July, at the Hall of Fame Banquet. Other nominees for the award include: Krystal Fowler of Watonga, Megan Jones of Stroud, Chelsey Stricklen of Adair, Cassidy Boggs of Cyril, Taylor Posey of Wayne, Megan Sullivan of Broken Arrow and Ebbony Williams of Oklahoma City Centennial. All nominees received a $500 scholarship for their achievements as student athletes.

“Winning the state championship was amazing enough and you throw this in there with it?I never thought it would happen. It’s like a Cinderella story,” Brenna said. 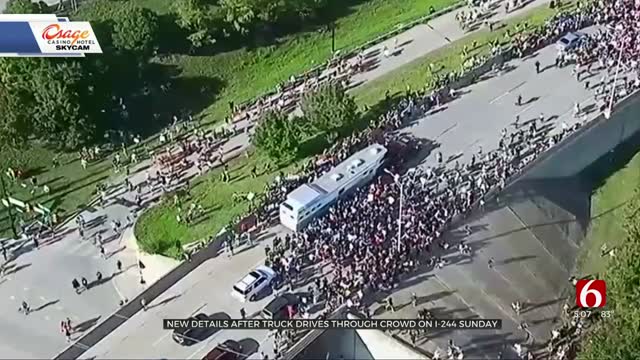