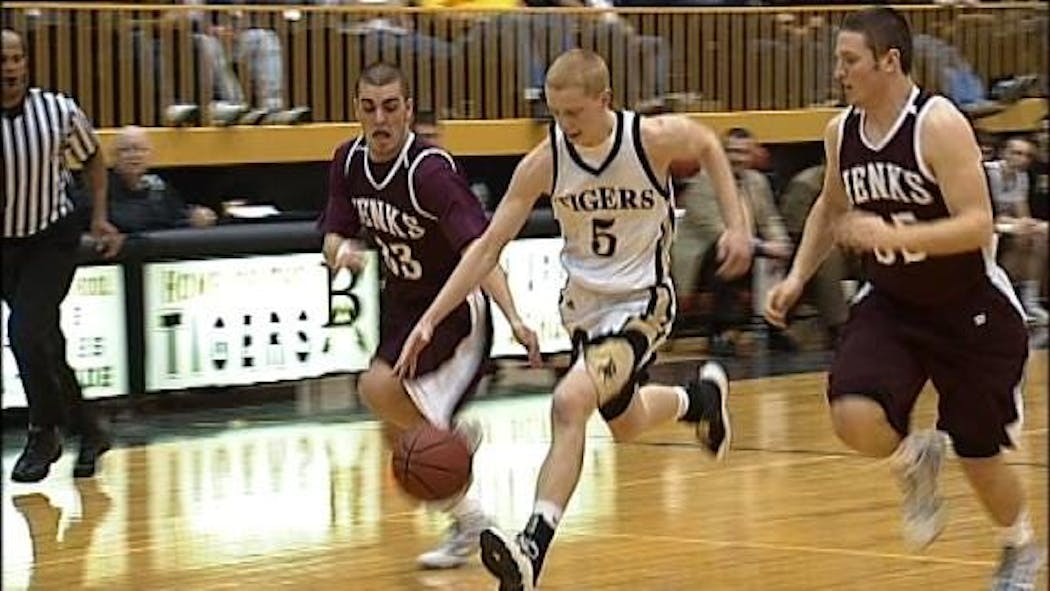 Colvin, who announced his verbal commitment to OU on the Oklahoma Sports Blitz in July, said he is excited about the opportunity to wear crimson and cream.

Colvin said he was not aware of the Sooners while growing up in Tennessee. But when his family moved to Oklahoma, the program’s tradition caught his eye.

“Oklahoma was always just the big man on campus,” Colvin said. “I really wasn't looking for them to offer me, but when they did, it was a big thing.”

Rivals.com ranks Colvin 31st at the cornerback position, while Scout.com has him at 29. He narrowed his choices to the Sooners, Oklahoma State, Tulsa and Missouri before choosing OU during the July 26 Oklahoma Sports Blitz. Colvin might have ended up with Mike Stoops if he had waited to make his commitment.

“Arizona recruited me too, but I committed early, so they stopped (pursuing me),” Colvin said.

Spurgeon made his verbal commitment to the Wildcats in early August. Several schools made a push for the 6-foot-8 and 280-pound tackle, but Spurgeon said Arizona was the best fit.

“I loved the coaching staff, the town, and all the people there. (The players and I) really got along on my official visit and it was just the place for me,” Spurgeon said.

Spurgeon missed most of this season with a broken leg, but he said playing on the next level makes up for it.

“I did get to play a little bit, but it still wasn't the full year I wanted to play. (Playing college football) definitely covers it,” Spurgeon said.

Rivals.com ranks Spurgeon as the 5th-best player in the state and 27th at the tackle position. Spurgeon said he plans to redshirt this year, but looks forward to helping Stoops and the Wildcats.

“The last two years they had a chance (to win the Pac-10) title and this year I hope we do,” Spurgeon said.

As for which Stoops is better, the players agree to disagree.

“I think Mike is. He's on the rise and I think he will be a great head coach in the future,” Spurgeon said.

“I’m going to have to go with my Stoops because I’m a Sooner boy. But they're probably both great guys,” Colvin said.