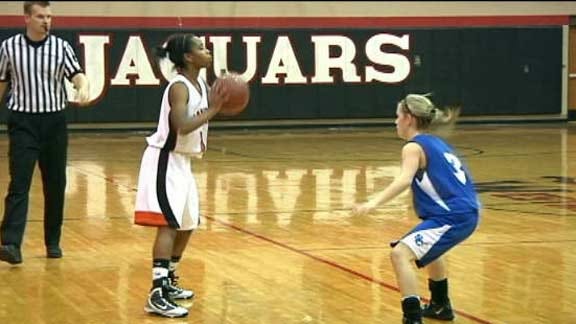 OKLAHOMA CITY -- The second-ranked Norman Tigers landed themselves a spot in Friday's semifinals of the Westmoore Lady Jaguar Classic with a win over Sapulpa.

Sapulpa and Norman have had quite a history since Sapulpa knocked Norman out of the playoffs in 2007 and 2008.

Norman jumped out early and defeated the Lady Chieftans, 68-40.

Kamra King led the Lady Tigers with 24 points, she had 17 at half. Jeannie Ramon had a double-double with ten points and 12 boards. She also added 8 blocks and 5 assists.