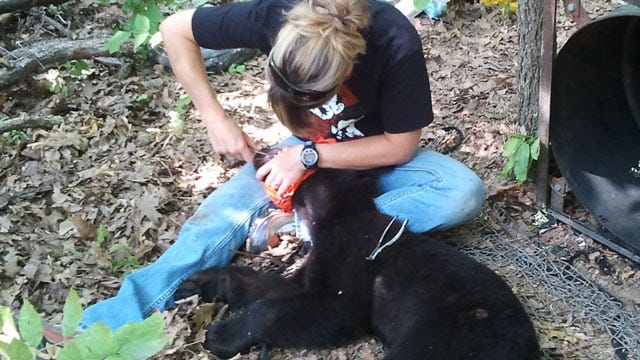 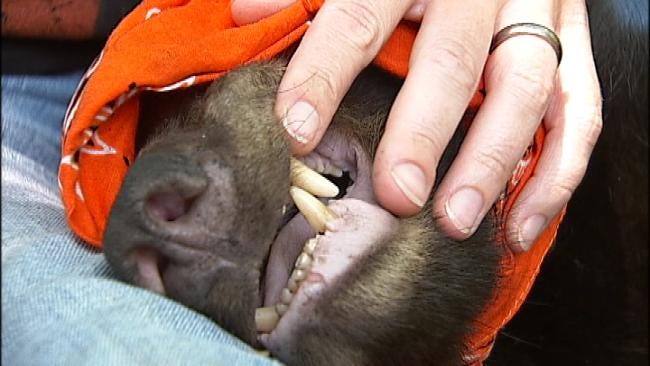 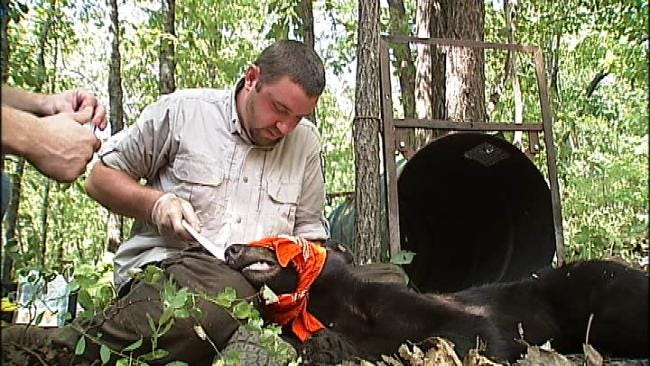 Deep in the woods of Cherokee County, researchers with the state wildlife department and OSU's cooperative fish and wildlife project are working on important research.

This is the first part of a study of black bears in Northeastern Oklahoma.

"Having black bears is a great thing, but if you have black bears in your area, that means the habitat is good for many wildlife species," said Sara Lyda, OSU Researcher.

To keep better track of our growing bear population, researchers are trapping them, usually enticing bears with a donut.

"Looks like it is in really good shape, it's got a nice coat on it, a little bit thin, but that's very typical of this time of year when food sources are limited," said Craig Endicott of the State Wildlife Department.

Researchers gather data from the sedated bears: things like measurements, weight and temperature. Hair and tissue samples are collected for DNA analysis.

"All of this that we put together will go to inform the wildlife department how to manage the black bear in this region," Lyda said.

Some bears get tracking collars. Researchers hope to learn about their movement patterns, population size and other habits.

Researchers have trapped ten bears so far as part of the study. They've outfitted five of them with tracking collars.

"We've caught males in excess of 300 pounds and females around 200 pounds, that's more typical of what we'd expect of an adult bear," Endicott said.

The state wildlife department will keep checking traps throughout Northeastern Oklahoma over the next two and a half years, learning more about the bears, making a big comeback.

The researchers will also set up a couple of hundred bait stations in Eastern Oklahoma. They won't have traps, but will have hair snares, to get more hair for DNA samples. It will enable researchers to study more of the animals over a wider geographic area.