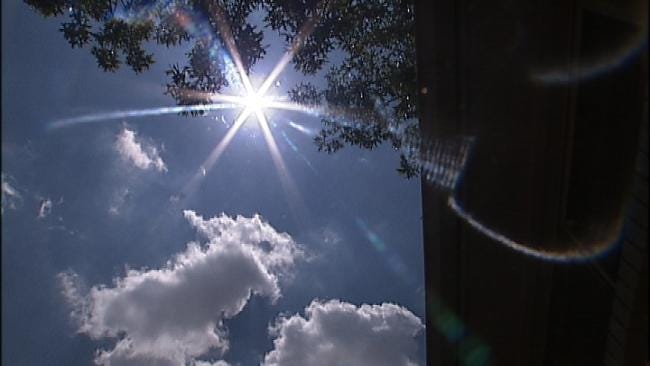 TULSA, Oklahoma -- It's common for homes to settle throughout the year, it's called seasonal movement. But when it gets as hot as it's been the last few weeks that brings on a new set of problems.

Sunshine and your home - a combination that doesn't always go well together. When the temperature rises, the ground dries. Your home settles, and then you find cracks in the ground and in the bricks.

"We're just noticing them all over the outside of our house," said homeowner Shelley Heckenkemper.

Shelley Heckenkemper expected to find some cracks inside her home this summer. But she's surprised by the amount of cracks that have formed on the outside of her home. One runs along most of the west wall.

"I am worried. I don't know what to do. I mean do I keep my hose on or my sprinkler on?" she asked.

Watering the foundation is an option, but one structural engineer told us that water from a hose only goes about 12 inches deep. Drought damage, he says, actually occurs anywhere from 12 to 20 feet deep.

Is that even possible to water?

He says your best bet is to take a soaker hose and wrap it all the way around your home, put it on a timer to turn on two to three times a week for about an hour.

"When it gets hot and dry like this, our calls do pick up," said Blake Ronk of PowerLift Foundation Repair.

Ronk says damage caused by a settling home can impact your plumbing and prevent doors from being able to close. He says the problem is - there's not much you can do.

"Just monitor it and keep an eye on it," he said.

Heckenkemper is worried things will get worse before they get better, and unfortunately the forecast doesn't seem to be on her side.

Engineers say what we need is rain, but they warn even if we get a lot of rain in the next couple of weeks, it's doubtful that your home will go all the way back to the way it was before.