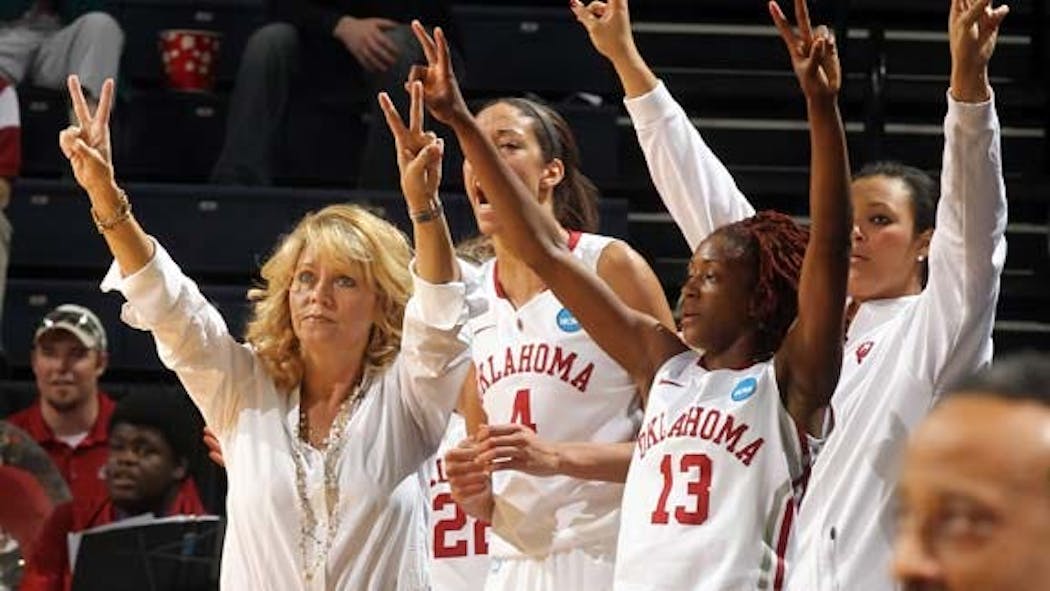 CHARLOTTESVILLE, Va. – Whitney Hand led all scorers with 24 points and helped lead the Oklahoma women to an 86-72 over James Madison in the first round of the NCAA Tournament Sunday.

OU (22-11) took control early and carried that momentum for the rest of day. After James Madison scored the game’s first basket, the Sooners responded with an 18-6 run. They never trailed again.

Oklahoma went into halftime leading 41-28 and led by as much as 19 points in the second half. The Dukes did not go on any extended runs, but did manage to cut into the lead until they trailed by only six. But it was too late by that point, and the Sooners made their free throws down the stretch to seal the victory.

The Sooners were able to build their lead thanks to dominance on the boards, outrebounding James Madison 25-15 in the first half. The Dukes solved that problem in the second half, but could not hit their shots.

James Madison finished the game shooting 36 percent overall and just 2-of-25 from beyond the arc. Meanwhile, OU shot 46 percent and went 20-of-23 from the free-throw line.

Hand’s game-high 24 points came on 8-of-14 shooting, including two 3-pointers. Danielle Robinson scored 19 points, and Aaryn Ellenberg was quit in the second half but still finished with 17.

Dawn Evans led James Madison with 20 points, but went 7-for-27 overall and a dismal 0-for-11 from 3-point land. Lauren Jimenez scored 14 points and was the only James Madison starter who made more than 50 percent of her shots.

The Sooners now will move on to the second round of the tournament, where they will face Miami (28-4) at 6 p.m. Tuesday. The Hurricanes blew out Gardner-Webb 80-62 in their first-round game.