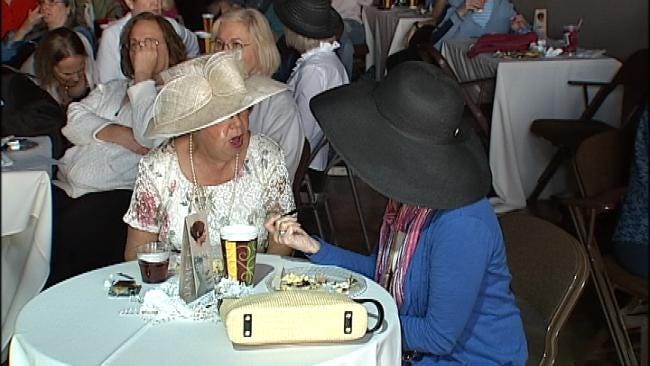 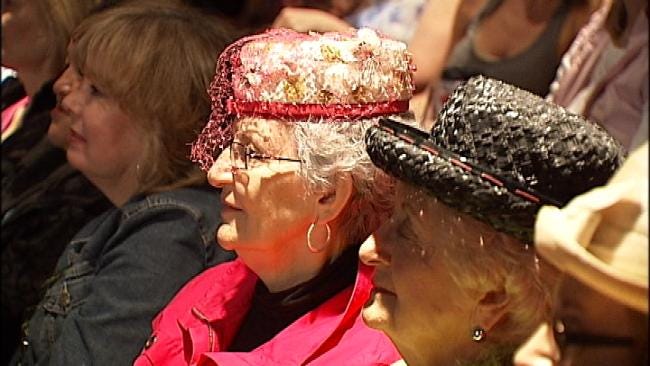 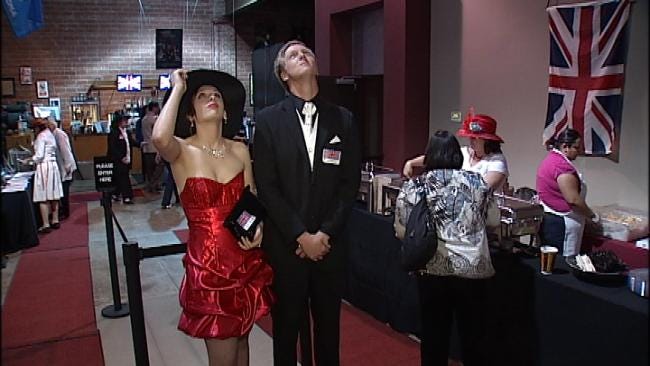 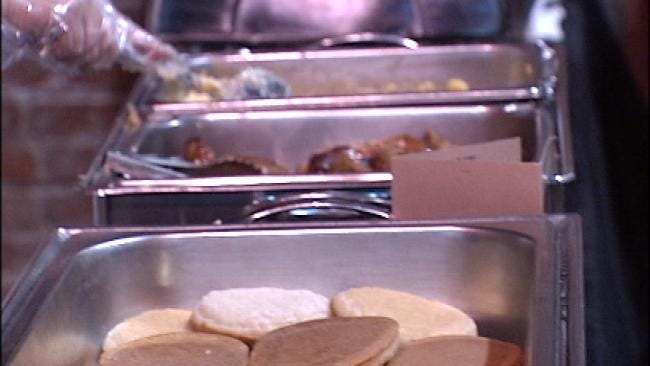 TULSA, Oklahoma -- An independent theater in Tulsa threw an early Friday morning Royal Wedding Watch party and they weren't sure how many people would be interested.  But as Circle Cinema found out, they sold out of its 250 tickets.

Four a.m. was no match for these royal wedding watchers.

They filled the Circle Cinema at 2nd and Lewis to watch William and Kate tie the knot.

"I think it's amazing. She looks beautiful. I think she looks really natural and beautiful," said wedding watcher Mercedes McCoy.

Fashion forward was the theme, with guests wearing elaborate hats, even tiaras to mimic the style on screen.

"Sometimes at the royal weddings, you see people wearing big fancy hats and stuff so we decided we wanted to try and do that," said wedding watcher Lauren Fox.

"I kind of wanted to find the funkiest, craziest one I could see so I chose this hat," said wedding watcher Lizzy Fox.

One woman donned a wedding dress to watch the wedding.  Cassandra Harman came as a Victoria Beckam impersonator.

"Everybody is happy, there's huge dresses, huge hats, it's beautiful, it's gorgeous and I'm so excited about it. Everybody's excited about it, everybody," said wedding watcher Cassandra Harman.

A British feast served by her highness, 'Queenies', consisted of crumpets, scones, eggs and bangers.  Every detail reflected a true fascination with the royals.

"Many of us are old enough that we remember watching Charles and Diana get married and now their son is getting married, so it makes it really special," said Stephanie LaFevers with Circle Cinema.

The Honorary British Consul for Oklahoma, Rodger Randle says there's a historic reason for the hysteria.

"All this excitement is something that takes us back to an earlier time in history when the future of the people and the nation were very much tied to the royals," said Rodger Randle.

And the royals got rave reviews from these young fans.

"Our favorite part, I think all together, was seeing her come out of the car and seeing her dress," said wedding watcher Jessica Palmer.