Report: USDA Fails To Crack Down On Puppy Mills 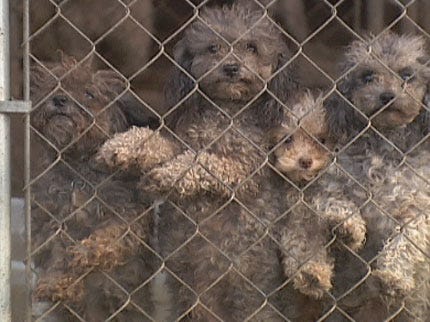 WASHINGTON-- An internal government report says dogs are dying and living in horrific conditions due to lax government enforcement of large kennels known as puppy mills.

Investigators say the Department of Agriculture often ignores repeat violations, waives penalties and doesn't adequately document inhumane treatment of dogs. In one case cited by the department's inspector general, 27 dogs died at an Oklahoma breeding facility after inspectors had visited the facility several times and cited it for violations.

The review, conducted between 2006 and 2008, found that more than half of those who had already been cited for violations flouted the law again.