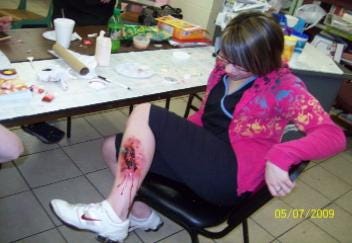 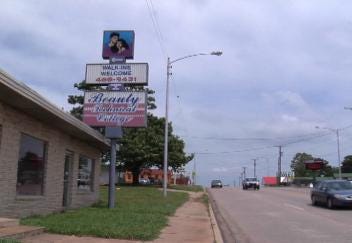 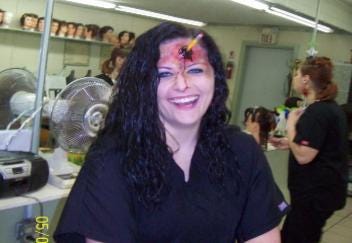 TAHLEQUAH, OK -- At Beauty Technical College in Tahlequah, students learn to cut, color and style hair, to do pedicures and make-up, and they generally aim for a high level of style and beauty.

But Master Instructor Heather Crowell is now offering a class in special effects make-up, which is really kind of gross.

"Cosmetology is not just hair, so I wanted to give them a little broader spectrum of the things they could do," she said.

"Well, I really would have thought we would have to go to a special class for special-effects make-up," said student Terri Dallis.  "But since she included it, it's just one of the perks. She's had a lot of people call wanting to enroll."

There has been a lot of interest in learning this cutting-edge craft, and with good reason.

"We actually have a pretty big film industry in Oklahoma," Crowell said, "so there's a lot of things that they can do with it.  They have to volunteer their time right now, but that just builds up their experience so when they get out they can make a lot of money doing this."

Sarah Cookson was at first surprised by the ghoulish course offering, and now likes it.

And Heather sees the potential of her students, once she looks past the slashed throat, or the pencils through the forehead.

"I would love to see them end-up in California or New York doing this professionally," she said.