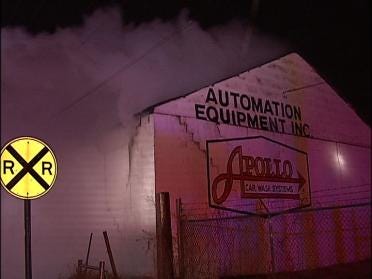 An investigation is underway into a fire that damaged a Tulsa business early Tuesday morning.

Firefighters were called to the Automation Equipment Company in west Tulsa around 6:15 a.m.  Heavy smoke was pouring from the building when fire crews arrived in the 3300 block of Charles Page Boulevard.

No injuries were reported.   It is not yet known what sparked the blaze.