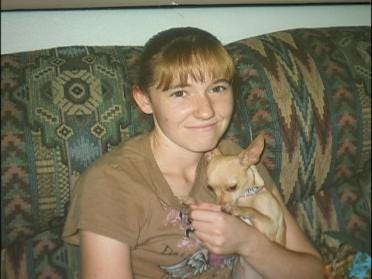 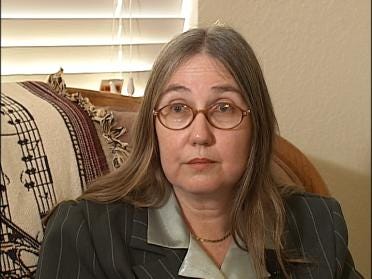 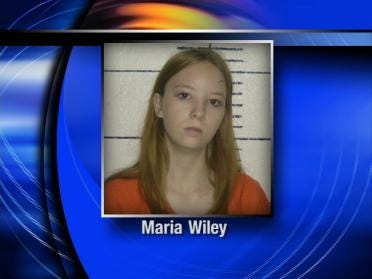 A Green Country mother says her daughter was killed and the person responsible is getting a slap on the wrist.  The killer admits guilt, but a plea deal will have her out of jail in five years or less.  News On 6 reporter Ashli Sims sat down for an exclusive interview with the victim's mother.  Alecia Dean was 23-years-old when she was stabbed to death last May in Cushing, but the person on the other end of the knife was a troubled 14-year-old.  Now murder has become manslaughter and a mother's grief has turned to outrage.

Alecia Dean's life was cut short by an act of violence in Payne County.  Now her family says the legal system has shorted justice.

"I was shocked, very shocked.  I was outraged.  It just doesn't seem like there was justice for Alecia or justice for society," said Alecia's mother Sammie Dean.

Police say the 23-year-old was getting into her car, when she was stabbed to death by 14-year-old Maria Wiley.  According to a court ordered evaluation, she's got a history of running away, drug abuse and sexual abuse.

"I would have liked to have seen her be locked up for the rest of her life in a secure environment, so we wouldn't risk the chance that she could possibly do this to another family," said Sammie Dean.

Through a deal with prosecutors, Wiley pled guilty to manslaughter and will likely spend less than five years in a juvenile facility.

"I consider a life worth more than that.  To me it just doesn't seem like justice at all," said Sammie Dean.

Alecia Dean is living on through a memorial website, telling her story.  But her mother says there are days, when she's just angry, angry that her grandson will never see his mother again.  Angry that justice seems kinder to her daughter's killer, than her daughter's memory.

"Everyday she's in our minds. Little things make you think about her. I'm there when her son breaks down and says, 'I wish this was just a dream. All I want is my mother back.' And that makes it real hard for me," said Sammie Dean.

The Payne County prosecutor says he struck the deal because Wiley could have been a sympathetic figure for a jury and he didn't want to risk acquittal, saying some time was better than none.

He says in juvenile custody, Wiley is already behaving better, acting more like a child than the adult world she was living in.

Usually a juvenile's name or picture cannot be used, but in this case, Wiley was originally treated like an adult and all of her records were public.

From this point on, Wiley will be treated like a juvenile and her court records will be sealed.