WASHINGTON (AP) _ Congressional Democrats have put on the back burner legislation ordering troops home from Iraq and turned their attention to war-related proposals that Republicans are finding hard to reject.

The legislative agenda marks a dramatic shift for party leaders who vowed repeated votes to end combat and predicted Republicans would eventually join them. But with Democrats still lacking enough votes to bring troops home, the party runs the risk of concluding its first year in control of Congress with little to show for its tough anti-war rhetoric.

``We can no longer approach the discussion on Iraq as a partisan issue,'' said Rep. John Tanner, a conservative Democrat from Tennessee. ``Our soldiers, sailors, Marines, airmen and Guardsmen aren't fighting as Democrats or Republicans but as Americans.''

At the same time Wednesday, leaders of the House Armed Services Committee pressed the Pentagon on recent reports that Iraq is buying $100 million in military equipment and weapons from China. In a letter to Defense Secretary Robert Gates, the lawmakers asked Gates to provide details on whether the purchase will include any U.S. funds and how well the Iraqi government and U.S. commanders will be able to track the weapons.

The letter, signed by panel chairman Rep. Ike Skelton of Missouri and Rep. Richard Neal of Massachusetts, both Democrats, and Rep. Duncan Hunter of California, the ranking Republican, also asked what changes have been made to the U.S. foreign military sales program to hasten sales to Iraq.

The Iraqis have attributed the China buy, in part, to the slow delivery of U.S. equipment and arms. The House members said they were concerned about weapons accountability and corruption in Iraq, where some arms have ended up in the hands of insurgents.

In the past week, the House passed two bills intended to curb misconduct by contractors in Iraq and one proposal by Tanner and Rep. Neil Abercrombie, D-Hawaii, that requires updates on the Bush administration's plans for the eventual withdrawal of U.S. combat forces.

Following last week's rejection of a proposal by Sen. Russ Feingold, D-Wis., to cut off money for combat, the Senate is expected to follow suit with similar bipartisan measures.

Delayed until early next year is debate on the $190 billion the military says it needs to fund the wars in Iraq and Afghanistan through September 2008.

There is little doubt that Democrats are biding their time and deliberating their next step. Democrats are divided on whether to continue paying for a war they oppose, or cut off the money and be attacked politically for refusing to support the troops.

They also hope that Republicans will grow increasingly nervous about the war's effect on the 2008 elections. Rep. John Murtha, D-Pa., who chairs the panel that oversees military funding, predicted last month that GOP lawmakers will jump ship after the primaries end.

``I see what happens to a Republican when they say we ought to start to get out,'' Murtha said. ``They bash them. I mean they attack them viscerally and of course they're the ones that nominate them. Until that plays out we're going to have a problem.''

Democrats calculate that the Pentagon has enough money for the war, through February or March, by borrowing against its annual budget. Military officials warn that doing so can disrupt vital programs, such as base support and training exercises, and cost more money in the long run.

Democrats say they are still challenging President Bush on the war. The House on Tuesday passed legislation by Abercrombie intended to make it easier to convict private contractors of fraud.

The bill, approved by a 375-3 vote, would create a federal criminal statute banning contracting abuse associated with military operations and reconstruction efforts. It also would ensure federal courts have jurisdiction in all cases, closing what Abercrombie says is a loophole in existing law that has let many contractors off the hook.

A similar measure by Sen. Patrick Leahy, D-Vt., was approved in April by the Senate Judiciary Committee. A spokesman for Leahy said Republican objections have prevented it from getting a quick floor vote. 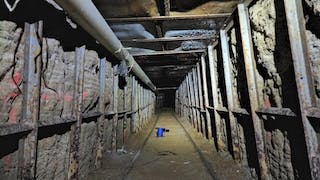 Associated Press U.S. authorities on Monday announced the discovery of a major drug smuggling tunnel — running about the length of a six football fields — from Mexico to a warehouse in an industrial area in the U.S. 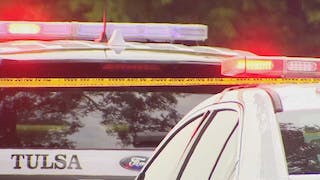 News On 6 Tulsa Police say officers are responding to a crash involving a pedestrian near Southern Hills Country Club on Wednesday morning. 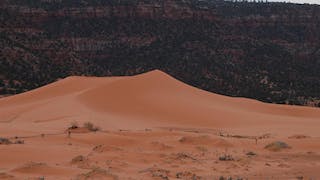 Boy Dies After Being Buried Under Sand Dune At State Park

Associated Press A 13-year-old Utah boy has died from his injuries a day after a sand dune he was digging in collapsed and buried him at a state park, officials said Monday. 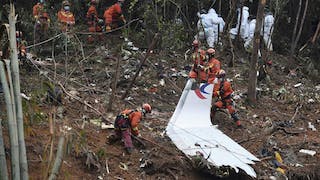 Associated Press China said Wednesday that U.S. investigators haven’t released any information about the cause of a China Eastern Airlines jetliner crash in March after The Wall Street Journal reported its flight data recorder indicated someone pushed the Boeing 737-800 into a steep dive. 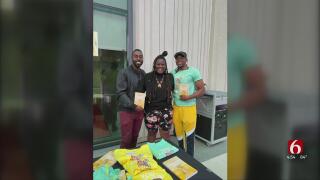 News On 6 The Tulsa Remote program brings in people from all different backgrounds to live in our city. Many are getting involved in the community and planting strong roots in Tulsa. Amnoni Myers joined News On 6 at 4 to talk more about why she moved to Tulsa and why she's staying. 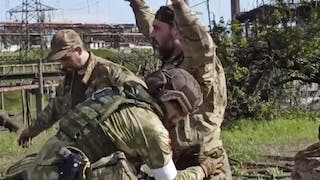 Associated Press Russia said Wednesday that nearly 1,000 Ukrainian troops making their last stand in Mariupol have surrendered, edging ever closer to the end of the battle that turned the city into a symbol of resistance and suffering.
View More Stories