NEW ORLEANS (AP) _ Coastal Louisiana and Mississippi prepared Friday for what could be their first brush with tropical weather since hurricanes Katrina and Rita laid waste to the area and killed more than 1,600 people more than two years ago.

A tropical depression lurking off the Florida Gulf Coast was expected to grow into a weak tropical storm before coming ashore Saturday morning, probably in Mississippi.

No evacuations were ordered, but authorities were closely monitoring the storm, which battered parts of Florida before moving into the Gulf of Mexico.

People living in some flood-prone areas of Mississippi were urged to seek substantial shelter. Wind gusts of up to 55 mph were also possible, raising concerns for the thousands of residents still living in trailers issued by the Federal Emergency Management Agency.

``Once you've been through Katrina, it's got to be pretty bad to scare you off,'' said Larry Hesler, a retired fisherman with a leathery tan who lives in a government trailer on a weedy lot where his sister's home used to stand in east Biloxi. The 63-year-old said he won't worry about this storm unless the winds top 60 mph.

Sandy Pallon, 59, wasn't taking any chances. She lives in a FEMA trailer park on a treeless gravel lot where an elementary school stood before Katrina. She loaded up her sport utility vehicle Friday and prepared to go to her mother's house in Hattiesburg.

``I went through the other,'' she said, referring to Katrina, ``and I definitely don't want to go through that again.''

Louisiana Gov. Kathleen Blanco declared a state of emergency Thursday night to begin preparations for stormy weather. In New Orleans, showers were expected to start Friday evening and bring 2 to 4 inches by the end of the day Saturday.

Mississippi Gov. Haley Barbour declared a state of emergency as the storm approached. He said it was a precautionary step to make public money available more quickly for areas that might have damage.

Emergency officials opened shelters, and the easternmost of the state's three coastal counties ordered mandatory evacuations for people living in mobile homes or travel trailers or living in low-lying areas.

At 5 p.m. EDT Friday, the depression was centered about 65 miles southeast of Pensacola, Fla. It was moving to the west-northwest, with maximum sustained winds near 35 mph.

Tropical storm warnings stretched from Apalachicola, Fla., to the mouth of the Mississippi River. Forecasts showed the system possibly moving as far east as Mobile, Ala., or as far west as New Orleans.

Tornadoes were possible over the Florida panhandle, southwest Georgia and southeast Alabama Friday night, as the system moved west, the weather service said.

Mark Smith, a spokesman for Louisiana's emergency office, said the rapid development of Hurricane Humberto _ which grew last week from a tropical depression to a hurricane that made landfall within 16 hours _ underscored the need to be prepared.

In a case like that, where the storm blows up so close to shore, ``there's precious little you can do about it, because it takes time to move resources,'' he said.

No flights had been canceled at Louis Armstrong New Orleans International Airport as of early Friday afternoon, and the airport planned to stay open, a spokeswoman said.

Before it spilled into the Gulf of Mexico, the system spawned a storm that was also blamed for severe weather, including a tornado, that damaged about 50 homes in Eustis, Fla. Only two injuries, both minor, were reported in the area about 30 miles northwest of Orlando.

``It's amazing _ we're completely blessed,'' said Brett MacLaughlin, who safely rode out the storm with his mother and stepfather in a bathroom as tree limbs crashed through windows outside. ``The entire neighborhood is very blessed.''

In the Pacific, Hurricane Ivo was downgraded Friday to a tropical storm and was expected to continue to weaken as it headed toward Mexico's Baja California peninsula, the U.S. National Hurricane Center said.

The storm had sustained winds of about 70 mph and was slowly chugging northeast toward Mexico.

Forecasters predicted it would be a weak tropical storm or a tropical depression by the time it hit a relatively unpopulated stretch of coastline far north of the resort of Cabo San Lucas, probably sometime early Monday.

The area was hit Sept. 4 by Hurricane Henriette, which killed 10 people, including two Japanese tourists, and destroyed about 2,000 homes. 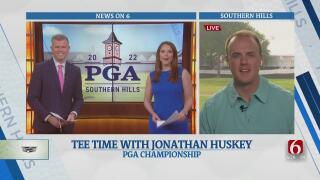 The Call Up: How Players Are Preparing Ahead Of The 2022 PGA Championship

News On 6 Practice rounds continue for the PGA Championship out at Southern Hills Country Club. The greatest golfers in the world are in Tulsa getting ready for the tournament which starts Thursday. Jonathan Huskey joined News On 6 at 4 from the golf course to talk about what the players have learned during the practice rounds. 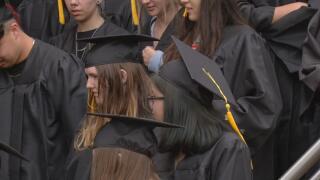 Mallory Thomas Dozens of Tulsa Public Schools Seniors are practicing for their graduation right now. Street School is first in line for the district's graduation week. News On 6's Mallory Thomas shared what the big day looks like for those graduates, at noon. 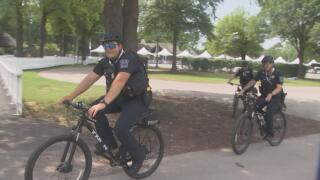 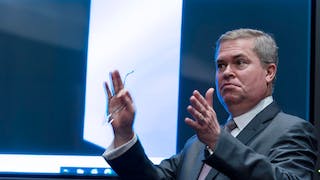 Congress Dives Into UFOs, But No Signs Of Extraterrestrials

Associated Press Congress held its first hearing in half a century Tuesday on unidentified flying objects. And no, there is still no government confirmation of extraterrestrial life. 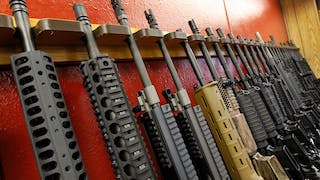 Associated Press Less than a year before he was accused of opening fire and killing 10 people in a racist attack at a Buffalo, New York, grocery store, 18-year-old Payton Gendron was investigated for making a threatening statement at his high school. 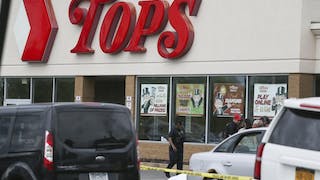 Associated Press These days, mass shooters like the one now held in the Buffalo, New York, supermarket attack don’t stop with planning out their brutal attacks. They also create marketing plans while arranging to livestream their massacres on social platforms in hopes of fomenting more violence.
View More Stories