SAN FRANCISCO (AP) - The big cat exhibit at the San Francisco Zoo was cordoned off as a crime scene Wednesday as investigators tried to determine whether a 300-pound Siberian tiger that killed a visitor escaped from its high-walled pen on its own or got help from someone, inadvertent or otherwise.

Police shot the animal to death after a Christmas Day rampage that began when the tiger escaped from an enclosure surrounded by what zoo officials said are an 18-foot wall and a 20-foot moat. Two brothers who also were visiting the zoo were severely mauled.

Police Chief Heather Fong said the department has opened a criminal investigation to ``determine if there was human involvement in the tiger getting out or if the tiger was able to get out on its own.''

Police said they have not ruled anything out, including whether the escape was the result of carelessness or a deliberate act.

Fong said officers were gathering evidence from the tiger's enclosure as well as accounts from witnesses and others.

One zoo official insisted the tiger did not get out through an open door and must have climbed or leaped out. But Jack Hanna, former director of the Columbus Zoo and a frequent guest on TV, said such a leap would be an unbelievable feat, and ``virtually impossible.''

Instead, he speculated that visitors might have been fooling around and might have taunted the animal and perhaps even helped it get out by, say, putting a board in the moat.

Similarly, Ron Magill, a spokesman at the Miami Metro Zoo, said it is unlikely a zoo tiger could make such a leap, even with a running start.

``Captive tigers aren't nearly in the kind of shape that wild tigers have to be in to survive,'' he said. He said taunting can definitely make an animal more aggressive, but ``whether it makes it more likely to get out of an exhibit is purely speculative.''

The police chief would not comment on whether the animal was taunted.

The same tiger, a 4-year-old female named Tatiana, ripped the flesh off a zookeeper's arm just before Christmas a year ago while the woman was feeding the animal through the bars. A state investigation faulted the zoo, which installed better equipment at the Lion House, where the big cats are kept.

Zoo director Manuel Mollinedo said Wednesday that he gave no thought to destroying Tatiana after the 2006 incident, because ``the tiger was acting as a normal tiger does.'' As for whether Tatiana showed any warning signs before Tuesday's attack, Mollinedo said: ``She seemed to be very well-adjusted into that exhibit.''

It was unclear how long the tiger had been loose before it was killed. The three visitors were attacked around closing time Tuesday on the 125-acre zoo grounds. Four officers hunted down and shot the animal after police got a 911 call from a zoo employee.

The zoo has a response team that can shoot animals. But zoo officials and police described the initial moments after the escape as chaotic.

The dead visitor was identified as 17-year-old Carlos Sousa Jr. of San Jose.

The two injured men, 19- and 23-year-old brothers from San Jose, were upgraded to stable condition at San Francisco General Hospital after surgery. They suffered deep bites and claw wounds on their heads, necks, arms and hands, said Dr. Rochelle Dicker, a surgeon. She said they were expected to make a full recovery.

The zoo's director of animal care and conservation, Robert Jenkins, said the tiger did not leave through an open door. ``The animal appears to have climbed or otherwise leaped out of the enclosure,'' he said. But the zoo's director admitted, ``We're still not too clear as to exactly what transpired.''

Hanna predicted other U.S. zoos would reassess their tiger enclosures if it turns out the tiger was able to leap out. He said he never before heard of a zoo visitor being killed by an animal.

``It's much safer going to a zoo than getting in your car and going down the driveway,'' he said.

Hanna said that since zoo tigers are well fed, it is unlikely the animal was looking for food when it got out. ``Were they taunting the animal?'' he said. ``Were they throwing things that were making it angry?''

The first attack happened right outside the tiger's enclosure _ the victim died at the scene. Another was about 300 yards away, in front of the zoo cafe. The police chief said the animal was mauling the man, and when officers yelled at it to stop, it turned toward them and they opened fire.

Only then did they see the third victim, police said.

About 20 visitors were in the zoo when the attacks happened about an hour before the 6 p.m. closing time, officials said. Employees and visitors were told to take shelter when zoo officials learned of the attacks, and some employees locked themselves inside buildings as they had been instructed to do if an animal escaped.

There were five tigers at the zoo, three Sumatrans and two Siberians. Officials initially worried that four of them had gotten loose.

The zoo was closed on Wednesday. Officials said they expected to reopen the place on Thursday, but the big cat exhibit will remain closed ``until we get a better understanding of what actually happened,'' Mollinedo said. He said colleagues from other U.S. zoos will be brought in to help re-evaluate the big cat exhibit.

After last year's attack, the state fined the zoo $18,000. The zoo added customized steel mesh over the bars, built in a feeding chute and increased the distance between the public and the cats.

Tatiana arrived at the zoo from the Denver Zoo a few years ago, with officials hoping she would mate with a male tiger. Siberian tigers are classified as endangered and there are more than 600 of the animals living in captivity worldwide.

U.S. Department of Agriculture spokesman Jim Rogers, said his agency is looking into the attack for violations of federal animal-welfare laws.

The San Francisco Zoo is as an accredited member in good standing of the Association of Zoos and Aquariums.

``Animal escapes at accredited zoos are so very rare and each one is different,'' association spokesman Steve Feldman said. ``But we are always looking for ways to improve safety for our visitors.'' 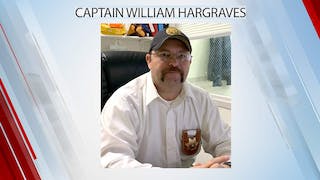 News On 6 Authorities said an Osage County deputy died after a crash Friday morning along US-60. 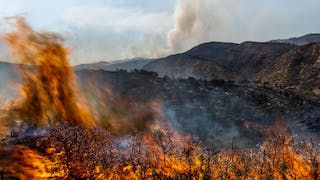 Associated Press A wildfire burning out of control in Spain’s eastern province of Valencia has become one of the country’s biggest fires this year, and 35 aircraft were deployed to fight it as the blaze entered its fifth day, authorities said Friday. 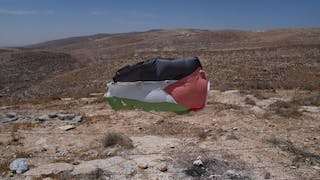 Associated Press A 58-year-old Palestinian man was shot and killed outside a bakery during an Israeli raid in the occupied West Bank early on Friday. 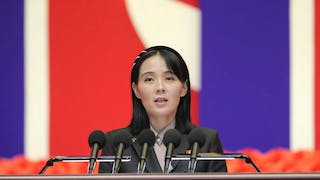 Associated Press Kim Yo Jong stressed that her country has no intentions to give away its nuclear weapons and ballistic missiles program for economic cooperation, saying “no one barters its destiny for corn cake.” 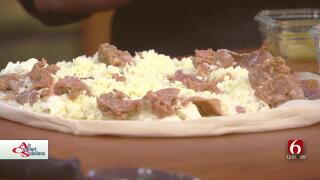 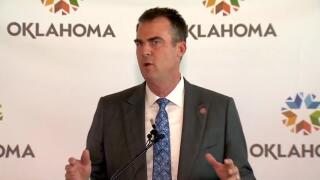 News On 6 Oklahoma Governor Kevin Stitt alongside other state leaders celebrated the signing of a bill that allows students in the state to take specific aviation and aerospace courses as part of their core curriculum.
View More Stories