Four people and a gunman died in the attacks Sunday at a megachurch in Colorado Springs and at the Youth With a Mission missionary center in the town of Arvada. Five others were wounded.

``Violent crimes of any sort are tragic enough, but when innocent people are killed in a religious facility or a place of worship, we must voice a collective sense of outrage and demonstrate a renewed commitment to keeping our communities safe,'' said Gov. Bill Ritter.

Police in Arvada said they believed the shootings _ which occurred 12 hours and about 65 miles apart _ were probably linked, though they had nothing conclusive to back up the theory.

``Given the circumstances, I think it is a good possibility that the two are linked,'' Arvada Deputy Police Chief Gary Creagor told The Associated Press early Monday. ``But we have to prove that they are.''

Early Monday, authorities searched a home in Englewood, about 15 miles south of Denver, that they said could be related to the Colorado Springs shooting. Authorities were seen coming and going from the home, and at one point searched bushes.

The violence began about 12:30 a.m. Sunday, when a man opened fire at the Youth With a Mission office after he had been denied a request to spend the night there. Witnesses told police that the gunman was a 20-year-old white male, wearing a dark jacket and a cap, who had a handgun.

Sisters Stephanie Works, 18, and Rachael Works, 16, were killed, police said. Their father, David Works, 51, was in fair condition with gunshot wounds to the abdomen and groin area.

``Our hearts are grieving this morning for them,'' said Brady Boyd, senior pastor at New Life Church, during a morning news conference.

Also injured were Judy Purcell, 40, who suffered a gunshot wound to her right shoulder, and Larry Bourbannais, 59, who had a gunshot wound in his left forearm, police said. Both were treated and released.

The gunman was killed by a member of the church's armed security staff before police arrived, Myers said. The gunman's name was not released. Officers found several smoke-generating devices on the church campus; their intended purpose wasn't clear.

Boyd said the security guard rushed the attacker, who didn't get more than 6 feet inside the building, and ``took him down in the hallway.''

Jessie Gingrich, who had left New Life and was in the parking lot getting into her car, saw the gunman get a rifle from his trunk and open fire on a van with people inside. She cowered in her vehicle, fumbling with the ignition key.

``I was just expecting for the next gunshot to be coming through my car. Miraculously _ by the grace of God _ it did not,'' she told ABC's ``Good Morning America'' on Monday.

About 7,000 people were on the church campus at the time of the shooting, said Senior Pastor Brady Boyd. Security had been beefed up after the shootings hours earlier in Arvada, he said.

Ashley Gibbs was getting into a car with David Harris when they heard the gunshots _ a sound like someone kicking ice from the side of a car, she said. Harris said he saw the gunman, and it looked like he knew how to handle a weapon.

They stayed in the vehicle and prayed for the gunman.

``It was obvious that he was in some sort of pain and going through a lot,'' Gibbs told ``Today.'' ``I just prayed God would bring him peace.''

New Life, with about 10,000 members, was founded by the Rev. Ted Haggard, who was dismissed last year after a former male prostitute alleged he had a three-year cash-for-sex relationship with him. Haggard, then the president of the National Association of Evangelicals, admitted committing undisclosed ``sexual immorality.''

The two dead victims at the missionary center were identified as Tiffany Johnson, 26, and Philip Crouse, 24.

Johnson, who grew up in Chisholm, Minn., loved working with children and wanted to see the world, said family friend Carla Macynski.

``Tiffany was a well-liked, easygoing 26-year-old. She was friendly, adventurous and a definite leader. She wanted to see the world,'' Macynski said as she choked back tears. Johnson had traveled to Egypt, Libya and South Africa with the missionary group.

Crouse, of Alaska, had helped build a foster home at a Crow reservation in Montana, said Ronny Morris, who works with a Denver chapter of the mission.

Staffer Dan Griebenow, 24, of South Dakota, was shot in the neck, according to Youth With a Mission. Staffer Charlie Blanch, 22, suffered gunshot wounds to his legs, according to ministry officials. His hometown wasn't immediately known.

Darv Smith, director of a Youth With a Mission center in Boulder, said people ranging from their late teens to their 70s undergo a 12-week course that prepares them to be missionaries. He said the center trains about 300 people a year.

Paul Filidis, a Colorado Springs-based spokesman with Youth With a Mission, said staffers are usually former missionaries themselves and that the ``mercy ministries'' performed by trainees include orphanage work.

The Colorado shootings came only days after a 19-year-old gunman opened fire at a popular mall in Omaha, Neb., killing eight people and himself. 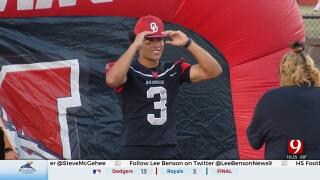 News 9 OU, OSU, Alabama, Stanford and Michigan were all on the short-list for star Mustang wide receiver and defensive back Jacobe Johnson. The senior is entering his final season of high school ball and on Saturday night, he announced his commitment to join the Sooners and new head football coach Brent Venables. 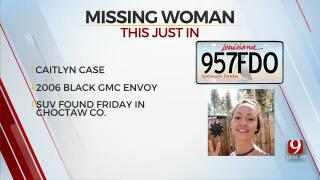 News 9 The Oklahoma State Bureau of Investigation is helping search for a woman whose vehicle was found abandoned in Fort Towson, Oklahoma. The OSBI said Caitlyn Rose Case, 33, was last heard from by family members on August 5, 2022, as she was on her way from Louisiana to Colorado. 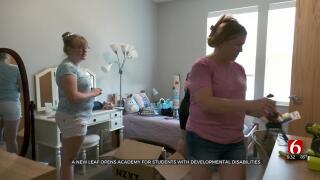 A New Leaf Opens Academy For Students Who Have Developmental Disabilities

News On 6 A local nonprofit is opening its academy for students who have a developmental disability. The transition academy for "A New Leaf" is a two-year program in Owasso and Saturday is move-in day. 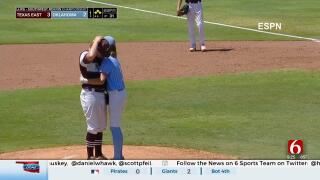 News On 6 The Tulsa National Little League team put a smile on peoples hearts this week and taught a lesson in humanity. As News On 6's Dan Hawk shows us, that lesson was rewarded on Saturday. 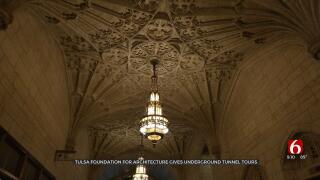 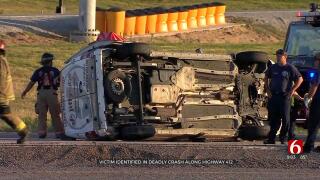