KINGSTON, Jamaica (AP) _ Waves two-stories high crashed on Jamaica's eastern shore Friday, flooding homes and washing away roads as Hurricane Ivan's ferocious winds and pounding rains began to lash the island and threatened a direct hit on its densely populated capital. The death toll elsewhere in the Caribbean rose to 37.

Jamaican Prime Minister P.J. Patterson declared a public emergency and pleaded with the half million people considered in danger _ about one in five islanders _ to get to shelters. Many residents, however, refused to leave, fearing their homes would be robbed if abandoned.

``I'm not saying I'm not afraid for my life but we've got to stay here and protect our things,'' said Lorna Brown, 49, pointing to a stove, television, cooking utensils and large bed crowded into a one-room concrete home on the beach at Montego Bay.

Cuba declared a hurricane watch across the entire island Friday after its leader, Fidel Castro, went on national television warning residents to brace themselves. ``Whatever the hurricane does, we will all work together'' to rebuild, he said.

In South Florida, long lines reappeared at gas stations and shoppers swarmed home building stores and supermarkets. Forecasters said Ivan could tear through the Keys as early as Monday though there was still a chance the storm would instead move out into the Gulf of Mexico.

Farther south, in areas already struck by Ivan, authorities discovered more bodies along Venezuela's flooded coast and in devastated Grenada, where the U.S. State Department was arranging for the evacuations of all Americans who wish to leave the island.

``When dogs interfere with garbage bags and strew the contents all over the place _ that's what Grenada looks like,'' Trinidadian leader Patrick Manning said after visiting the island.

In Jamaica, awed onlookers stood transfixed on the seaside Palisadoes Highway near Kingston's airport as 23-foot waves crashed to shore, thrusting rocks and dead tree branches more than 100 feet into the road.

``I've lived here all my life and I've never seen anything like this,'' said businessman Chester Pinnock, huddled under an umbrella in the drenching rain, which started here Friday morning.

``This is going to be disastrous, we could have hundreds dead. Hurricane Gilbert was a puppy compared to this,'' he said. Gilbert killed dozens of Jamaicans and devastated the island when it struck as a Category 3 storm in 1988.

Ivan, a Category 4 hurricane _ out of a top scale of 5 _ packed winds of 145 mph and could strengthen before fully striking the 145-mile-long island late Friday or early Saturday, meteorologists said. They warned of ``life-threatening'' flash floods and mudslides.

``What we're experiencing now is only the beginning,'' Jamaica's prime minister said in an address to the nation. ``Residents living near coastal areas must evacuate before it's too late. ... I cannot stress too strongly that Ivan is a dangerous hurricane.''

But only about 1,200 people had moved into shelters around Kingston by Friday afternoon, said emergency management director Barbara Carby.

Only 3,800 people had fled low-lying areas of Montego Bay, a resort town of 35,000 where many tourists were stranded, disaster agency official Faye Headley said. She said 350 were in shelters Friday afternoon.

In town, the Barnett River overflowed its banks, putting some businesses on Bouge Street four feet under water and, farther inland, flooding roads and farmlands. Drenching rain washed away the main northern coastal road, the A1, a couple of miles outside Montego Bay.

The British Royal Navy frigate HMS Richmond, which rushed to Grenada's rescue Wednesday, was speeding to Jamaica along with a supply ship, Commander Mike MacCartain told the BBC.

Jamaicans can expect to feel the effects of the punishing hurricane through most of Saturday, said Lt. Dave Roberts, a Navy meteorologist at the U.S. National Hurricane Center in Miami. It was projected to exit the island around Montego Bay, pass the Cayman Islands and cross over Cuba before taking aim at southern Florida.

At 8 p.m., Ivan was centered about 45 miles south-southeast of Kingston, Jamaica, moving west-northwest near 11 mph. Hurricane-force winds extended 60 miles from the center and tropical-force winds another 175 miles.

East of Jamaica, in neighboring Haiti, flooding destroyed at least two houses and damaged a dozen more, but people expressed relief they were spared further catastrophe in a year that has already brought a bloody rebellion and deadly floods.

``First we had a political hurricane, then an economic hurricane, and now with the natural hurricane, we're just glad God saved us,'' said Jude Vante, 32, an unemployed mason in low-lying Les Cayes, on the southern peninsula.

Ivan became the fourth major hurricane of the Atlantic Season on Sunday. It damaged dozens of homes in Barbados, St. Lucia and St. Vincent Tuesday before making a direct hit on Grenada, which it left a wasteland of flattened houses, twisted metal and splintered wood. It damaged 90 percent of homes there, tossed sailboats to shore and set off looting among some of the 100,000 residents left without electricity, water and telephone service.

The American Red Cross disaster unit said Grenada's government has temporarily closed the country to relief shipments to get the security situation under control. The unit's director, Doug Allen, said the country needs relief by Saturday or Sunday before the situation becomes critical.

More than 100 Caribbean soldiers from five countries arrived Thursday to help restore order on the island of 100,000.

On Friday, Trinidadian troops armed with assault rifles patrolled the marina and shopping area around the Carenage, and police Superintendent Edvin Martin reported only scattered looting. As many as 75 convicts remained at large after about 150 of the prison's 325 inmates escaped when the storm damaged the prison.

``Nothing is going to be functioning here for a long time,'' said Olivier de Raet, 37, a medical student from Potomac, Md.

In Washington, a State Department official said all Americans on Grenada who wish to leave the island will be flown to Trinidad starting Saturday morning aboard chartered U.S. aircraft.

There was no official estimate on the numbers of Americans there but one estimate said there were about 1,500, including U.S. medical students. The Peace Corps said all 23 of its volunteers on Grenada were accounted for and safe.

In the meantime, 31-year-old student Manisha Sharma of Boston was sleeping in a tent with her landlord and their kids.

Ivan has also killed five people in Venezuela, one in Tobago, one in Barbados, and four youngsters in the Dominican Republic. 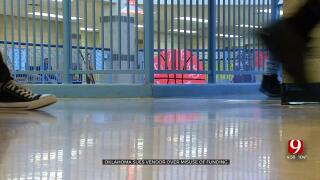 News 9 There are new developments surrounding issues with a pandemic-related program put on by the governor's office using federal funds. The State of Oklahoma is now suing the vendor for the way it administered and distributed approximately $8 million. 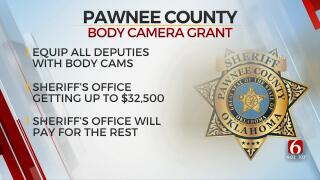 Pawnee County Deputies To Receive Bodycams Thanks To New Grant

News On 6 The Pawnee County Sheriff's Office will be able to equip all deputies with body cameras thanks to a new grant. The money comes from the department of justice and a program that helps equip small, rural and tribal law enforcement agencies with bodycams. 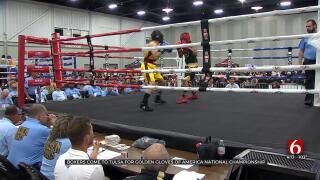 Meredith McCown Boxers around the country are in Tulsa all this week for the Golden Gloves of America National Championship. More than 300 boxers will face off in the rings throughout the week in hopes of competing in the national championship and entering the ranks with other legends of the sport. 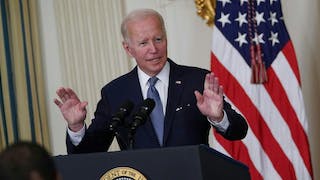 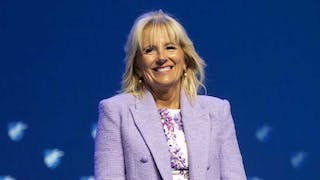 CBS News First lady Jill Biden has tested positive for COVID-19 while vacationing in South Carolina with her family, including President Biden. 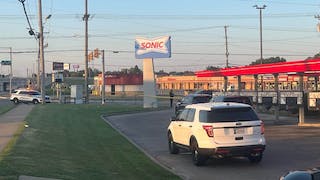 2 Men In Connection To Deadly Tulsa Shooting Arrested By Detectives