WASHINGTON (AP) â€” President Bush's intervention in the Northwest Airlines labor dispute and his threat to avert other potential airline strikes seems to signal an end to a hands-off policy largely followed since the Nixon administration.

Bush's move creates uncertainty in the industry for bargainers and has union officials questioning his motives.

``Everyone is going to watch this particular negotiation because they're trying to figure out if there's a different set of rules in place or not,'' said Purdue University professor Frank J. Dooley, author of two books on the Railway Labor Act, which gives the president authority to intervene in transportation labor disputes.

``Four major airlines may shut down America's travel industry harming tens of millions of Americans,'' the White House said Saturday. ``The president thinks that's a threat to our weak economy as well as a major disservice to millions of people who want to travel this spring and summer.''

Bush on Friday blocked the strike against Eagan, Minn.-based Northwest before Monday's deadline and started a 60-day cooling-off period. Union and airline officials were bargaining in Washington through the weekend.

Labor law experts said it was unusual that Bush announced his intention last month to create a presidential emergency board and acted in advance of the strike deadline.

``It was a little surprising to me,'' said University of South Carolina labor law professor Dennis R. Nolan. ``But keep in mind the government is very worried about the loss of competition in the industry generally.''

White House press secretary Ari Fleischer said Bush acted when he did because federal mediators had concluded last month that the talks were at an impasse, and little progress had been made since.

By acting Friday, Bush wanted ``to give them a last chance to finish it this weekend,'' Fleischer said.

But the action actually could delay progress by removing the urgency for a settlement, union officials and some labor experts said.

``Intervention is what it is,'' said Edward Wytkind, executive director of the AFL-CIO's transportation trades department, which represents 32 transportation unions. ``It's an act that poisons collective bargaining and subverts the process.''

A presidential emergency board has 30 days to propose a nonbinding settlement, and the parties get an additional 30 days to resolve the dispute. If that fails, Congress could impose a settlement.

President Clinton appointed the last airline emergency board in the 1997 to end a strike by American Airlines pilots just minutes after it began on the brink of Christmas travel season. He declined to appoint one a year later to block a Northwest pilots' strike.

Presidential intervention in airline labor disputes was common until the Nixon administration, which decided that negotiations were hurt by the airline's expectation that the White House would step in, Dooley said. The Nixon administration also did not consider an airline strike of national significance, he said.

But the industry has changed much since the 1970s. Many more people fly today, and consolidations mean there are fewer, but bigger, airlines.

Also, the hub system has grown in importance and a strike's effects could be more devastating, Dooley said. Northwest has only about 10 percent of the U.S. market, yet it is a major player in its hub markets such as Minneapolis and Detroit.

Union officials contend that airlines' political contributions to Bush and a desire to punish organized labor for its support of Democrat Al Gore are factors in the aggressive intervention.

``We have the lobbying and politics stacked against us,'' said O.V. Delle-Femine, national director of the Aircraft Mechanics Fraternal Association, which represents nearly 10,000 Northwest mechanics, cleaners and custodians. ``It's political chicanery.''

Northwest gave $69,749.81 to Bush's inaugural committee. The airline was only second to American Airlines in industry contributors to federal candidates in last year's election with $1,366,705, according to the Center for Responsive Politics. The airline industry overall gave Bush $184,801 â€” almost three times more than to presidential rival Gore, who received $62,425.

Bush's labor secretary, Elaine Chao, served on Northwest Airlines' board of directors, but stepped down before she took office. Chao removed herself from involvement in the labor dispute and appointed her chief of staff to oversee the issue.

As for Bush's message to other airlines and unions in negotiations, Bush's chief of staff, Andrew Card, said it was not just directed at unions.

``It's the airlines, the mediation board and the labor unions â€” we were sending a signal to all three parties to work hard,'' he said. 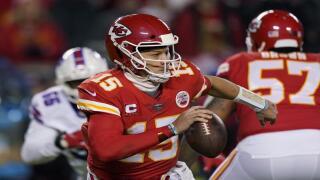 Associated Press Patrick Mahomes found Travis Kelce in the corner of the end zone from 8 yards early in overtime, and the Kansas City Chiefs rallied to beat the Buffalo Bills 42-36 on Sunday night in a sizzling finish to a wild divisional-round weekend.

Jordan Tidwell A wax plant is a total loss after a fire at the facility in Ochelata. "Blazing real good, real high, lot of smoke, and it was intense," said Assistant Fire Chief Lonnie Ingram. 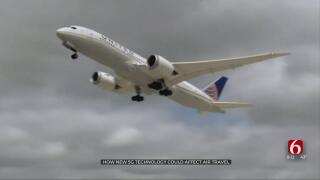 Johnny Resendiz The delayed 5G rollout earlier this week made national headlines, and local experts are hoping to educate the public about why this is important for Oklahomans. 5G is a new technology that brings faster internet services and better connections. 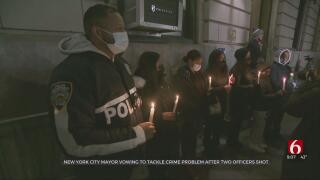 CBS News New York mayor Eric Adams promised to confront a growing crime problem in the city after a police officer was shot and killed, and a second officer was critically wounded during a domestic disturbance call Friday night. Elise Preston has the details. 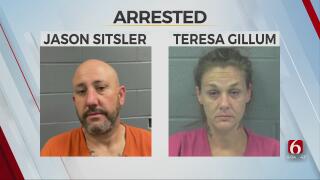 Chinh Doan Rogers County deputies arrest two people accused of driving house to house and stealing mail. Deputies said a caller told them a truck was driving through Inola and two people inside were taking mail on Saturday. 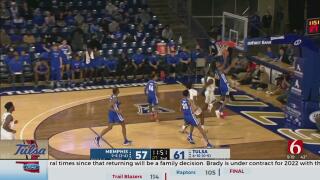 Associated Press After falling behind 48-33 late in the second half, Memphis outscored Tulsa by 17 the rest of the way to earn the 83-81 win on Sunday. Tyler Harris had a season-high 24 points to lead the Tigers.
View More Stories