Raich posted the fastest time in the opening slalom portion and held his lead in the afternoon downhill, finishing in a total time of 2 minutes, 28.37 seconds. Norway's Lasse Kjus was next, 0.32 seconds behind, and Switzerland's Didier Defago finished third, 1.40 back.

Miller straddled a double gate midway down his slalom run and didn't earn any points, leaving him at 988 in the overall standings, 198 ahead of Raich.

``The fact that I'm less than 200 points behind Bode doesn't mean it's easier for me now,'' Raich said. ``Potentially, Bode can win in every race. But it doesn't matter. I won't give up and I'll fight until the end.''

The super-combined is composed of one slalom leg followed by a downhill a few hours later. Previously, the combined added the times from the weekend's downhill to those of the weekend's slalom. The combination is considered a true test of speed and technique. The event was changed because slalom skiers had an advantage when two slalom runs counted.

Miller, one of the favorites entering the redesigned competition, continued his slalom run, apparently unaware of his mistake.

The American has finished only one slalom this season, the night race he won in Sestriere, Italy, in December. Since then, he crashed after setting a best intermediate time in the first run in Flachau, Austria, and in Chamonix, France, he went out after catching a ski on a gate.

``I'm bummed,'' Miller said. ``I was taking it really cautious, I just wanted to make it to the finish. But then I saw the star next to my name and I was wondering what that was about. People said I straddled so I went to watch the video and sure enough I had. I usually say that an athlete knows when he straddles. But if they hadn't told me, I wouldn't have known.''

Kjus, the winner of the combined in Wengen in 1999, captured the gold medal in the event at the world championships and Olympics. He said the new format is ``the only way to go.''

``I think it makes things more fair,'' said Kjus, who turned 34 and was serenaded in the finish area by fans singing ``Happy Birthday.'' ``Only one leg for the slalom skiers because it is so difficult for downhillers to make two good slalom runs. And a shorter downhill that makes it possible for the slalom skiers to complete OK.''

Reigning World Cup overall champion Hermann Maier, wearing a pom-pom cap, was 15th after the slalom. The Austrian then switched to his trademark yellow helmet for the downhill run and climbed to ninth in 2:31.65.

``My slalom skis felt like ice skates,'' Maier said. ``It was very difficult to adapt to the carving skis after such a long time. I wasn't able to crank it up in the downhill. I realized it wasn't going to be a podium performance today.'' 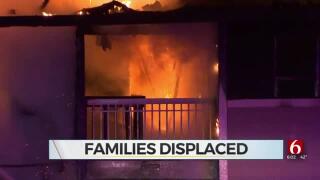 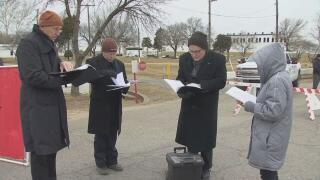 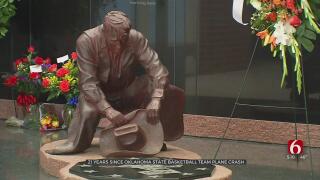 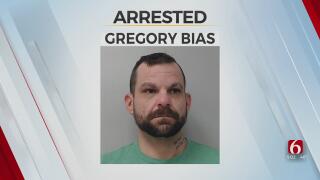 News On 6 The OSBI arrested a Cherokee County man accused of distributing child pornography on the internet.
View More Stories