ORLANDO, Fla. AP) _ Challenger John Kerry and President Bush began summing up their long campaigns Friday as they headed into the final weekend, Kerry contending Bush ``just doesn't understand the problems facing America'' and the president saying he was the best man to keep the nation safe from terrorists.

Kerry implored Floridians to ``walk out of here and vote,'' a reference to early voting allowed in the crucial battleground state and many others.

He also painted a verbal picture of a man on Election Day at the polls ``whose job has been outsourced'' and is pondering whether to vote for the Democrat or a president ``who fights for those at the top while telling everyone else that this is the best economy of a lifetime.''

He renewed his contention that Bush has diverted attention from the real threats of al-Qaida and Osama bin Laden by making war in Iraq.

Bush, meanwhile, sought a final push in New Hampshire and then headed for battleground Ohio to campaign with actor-politician Arnold Schwarzenegger.

In Manchester, N.H., Bush hit hard on the points that have underscored his yearlong battle for re-election: that the invasion of Iraq was the right thing to do and that he is the man best able to keep America safe.

``The president must make America's priorities absolutely clear especially in our uncertain world,'' said Bush, who was joined at an arena by relatives of victims of the terrorist attacks. ``I've learned firsthand how hard it is to send young men and women into battle, even when the cause is right.''

``The issues vary. The challenges are different every day. The polls go up. The polls go down. But a president's convictions must be consistent and true,'' Bush said.

Both men continued to lob criticism at each other but in more subdued fashion than in recent days.

Said Kerry: ``It's time to appeal to the best instincts of Democrats, Republicans and independents alike.''

In La Crosse, Wis., Kerry running mate John Edwards said the news of the past week _ a missing cache of explosives in Iraq and the FBI investigation into Halliburton's contracts in Iraq _ prove that new leadership is needed in the White House.

``They've been incompetent in Iraq and here at home they always look out for their powerful friends at the top,'' the Democratic vice presidential candidate said.

Bush spokesman Scott McClellan said there were ``clear guidelines and procedures'' on contracts, and if there was anything improper the president would want to know about it.

``We have great faith in the American people to see through all the issues that are out there and make the right decisions,'' McClellan said aboard Air Force One has Bush flew to New Hampshire.

In New Hampshire, demonstrators at the Bush rally held up signs that spelled out ``360 TONS.'' Bush backers shouted them down with chants of ``four more years!'' and the president's backers ripped the placards from the protesters' hands.

After his appearance in New Hampshire, Bush was to share the stage in Ohio with California Gov. Schwarzenegger. Freshly minted World Series champion pitcher Curt Schilling of the Boston Red Sox had been expected to appear with Bush in New Hampshire, but doctors advised him not to travel because of an injured ankle, Bush aides said.

Former New Hampshire Sen. Bob Smith, a conservative Republican who once ran for president as an independent, endorsed Kerry on the eve of Bush's last trip to the state before the election. Smith, in a letter released by the Kerry campaign, praised his former colleague as a Democrat ``who crossed the aisle to forge a bipartisan coalition in the Senate to balance the federal budget.''

The Bush campaign, seeing an unusual opportunity to make gains on exotic Democratic turf, said Thursday that Cheney would go to Hawaii for a rally Sunday night, a striking investment of time and travel for a state Republicans have won only twice since statehood in 1959.

The Democrats weren't standing by. Al Gore, who won the state by nearly 20 points four years ago, was on his way to campaign there and so was Kerry's daughter Alex.

Democrats long have accused the Bush administration of showing favoritism to Halliburton, but had trouble making the charges stick after congressional investigators found the company got no-bid contracts in part because no other firms could do the work.

Still, the matter is far from closed. Documents obtained by The Associated Press show FBI agents sought permission this week to interview Bunnatine Greenhouse, the Army Corps of Engineers' chief contracting officer who went public with allegations that her agency unfairly awarded contracts worth billions of dollars to Halliburton subsidiary KBR.

New battleground surveys suggested Kerry was leading in Ohio and Michigan, Bush was ahead in Florida and the two were tied in Iowa, Minnesota, Wisconsin, Pennsylvania and Oregon.

Bush told USA Today he hasn't spent any time worrying that the campaign could end with no clear winner, as the 2000 race notoriously did.

Kerry, also speaking with USA Today on Thursday, said he believes the outcome will be known Tuesday night, ``just like I believed the Red Sox would win the World Series.''

In an interview Thursday with ``NBC Nightly News,'' Kerry said that if he'd been president then, ``we might have gone to war,'' but he would have done so in a way that ensured ``the American people weren't carrying the burden and the entire world understood.''

Of Saddam Hussein's fate, Kerry said: ``It's absolutely impossible and irresponsible to suggest that if I were president, he wouldn't necessarily be gone. He might be gone. Because if he hadn't complied (with U.N. demands), we might have had to go to war.'' 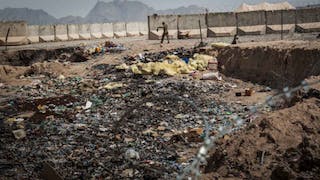 CBS News Congressional bargainers announced Wednesday that they have reached a deal on legislation to boost health care services and disability benefits for veterans exposed to toxic burn pits in Iraq and Afghanistan. 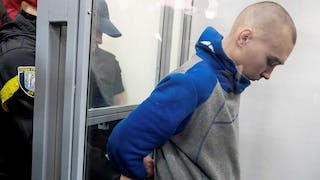 CBS News The first Russian soldier to face trial for war crimes in Ukraine pleaded guilty on Wednesday to shooting and killing an unarmed 62-year-old civilian. Vadim Shishimarin, 21, who was part of a Russian tank unit captured by Ukrainian forces in early March, just days after the war began, faces a possible sentence of life in prison. 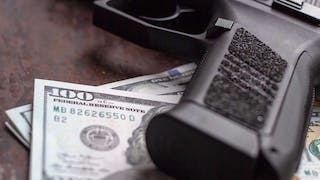 Number Of Guns Made In The US Nearly Tripled Since 2000

CBS News As gun-related deaths in America reach new highs, a new government report shows that the number of firearms made in the U.S. has increased exponentially over the last two decades. 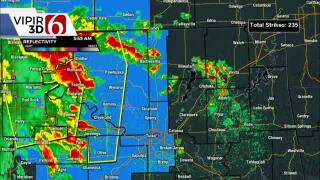 News On 6 A Severe Thunderstorm warning has been issued for Nowata, Osage, Pawnee, Rogers, Tulsa and Washington counties until 5 a.m. on Thursday morning. 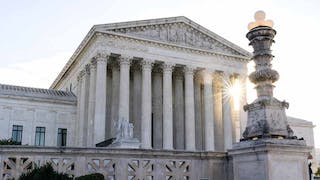 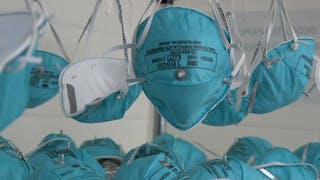 Associated Press COVID-19 cases are increasing in the United States — and could get even worse over the coming months, federal health officials warned Wednesday in urging areas hardest hit to consider reissuing calls for indoor masking.
View More Stories