SEMINOLE, Okla. (AP) _ Located on Wrangler Avenue, a cow chip's throw from Boren Boulevard, Tom Coburn finds a children's museum a perfect setting to tell voters he's running for the Senate to make sure ``our children and our grandchildren have a future.''

Since he announced his candidacy, the 56-year-old Republican has hammered on the theme that big spenders in Washington are harming future generations and he wants to do something about it.

``Hi. I'm Tom Coburn. Good to meet you,'' the ex-congressman says as he greets members of the sparse crowd at the Jasmine Children's Museum.

In his stump speech, Coburn talks about his faith, his business experience before becoming a doctor, his love for his wife of 26 years and his desire for a financial fix for the Social Security and Medicare systems. Failure to do so is immoral, he says.

The crowd is larger Monday night in Ada in Pontotoc County, where Coburn is asked about a television ad by Democratic opponent Brad Carson that brings up a 14-year-old sterilization procedure and assertions that Coburn committed Medicaid fraud by improperly filing for reimbursement.

The charges are ``malarkey'' and a slanderous attack on his medical practice, which has specialized in delivering babies, Coburn says.

Coburn flew into Democratic territory in search of votes and funds after appearing earlier in Tulsa with Energy Secretary Spencer Abraham and Kansas Sen. Sam Brownback, who touted Coburn's candidacy as vital to maintaining the GOP majority in the Senate.

Coburn is encouraged at Seminole by longtime supporters Corky and Skeet Fipps of Paden.

Corky Fipps, a county commissioner from Okfuskee County, tells Coburn the race is important to the country's morality.

At Ada, Coburn meets with evangelical preachers before the public meeting and later says all the negative campaigning against him has ``been wonderful for my spiritual life.''

``I'm in this race because I feel a calling to do it,'' he says. ``I have a reputation of being a fighter. I'm going to stand up for my values. That's why James Dobson is coming to southeast Oklahoma.''

During the stops at Ada and Seminole, an associate youth minister and Coburn campaign worker distributes fliers about a weekend rally at Durant featuring Dobson, founder of the Christian organization, ``Focus on the Family.''

The purpose, the flier says, is ``to rally Oklahomans for the protection of marriage and to elect Dr. Tom Coburn to the U.S. Senate.''

Coburn is staunchly opposed to abortion, except to save the life of the mother. He also supports a federal amendment to ban gay marriage.

The Senate race, Coburn says, will determine ``whether the right people are going to be in control of the U.S. Senate or whether the wrong people will be in charge.''

The GOP candidate drew criticism when he recently said he heard that lesbianism was so rampant in southeast Oklahoma schools that girls had to go to the bathroom one at a time. School officials denied any problems.

The Tulsa World, which has endorsed Carson, joked in an editorial that Coburn should get Homeland Security Director Tom Ridge to issue ``a code pink alert.''

Other Coburn statements, such as blaming the lack of economic development on ``the crapheads in Oklahoma City,'' have provided material for Carson ads and skewed discussion of the issues. Coburn's usual reply has been that his words were taken out of context.

During the primary, Coburn's reputation of being a political maverick who sticks to his conservative principles was considered a factor in his victory over two well-known opponents, including ex-Oklahoma City Mayor Kirk Humphreys, the early favorite.

While in Congress, Coburn helped lead a revolt against then-Republican House Speaker Newt Gingrich, whose compromises with Democrats angered some House conservatives.

As the Nov. 2 election nears, Coburn is stressing that he will be a member of President Bush's team. He says a Carson victory could mean ``liberals like Ted Kennedy and Hillary Clinton'' will be in key positions in the Senate.

Most of Coburn's commercials have been devoted to accusing Carson of being a liberal big spender and chiding him for supporting John Kerry, the Democratic nominee for president.

Calling himself ``a real conservative,'' he referred to Carson as ``a very polished, clever politician who wants to be senator forever.''

Carson says he is a moderate conservative who will ``do nothing to embarrass Oklahoma'' as a senator. He calls Coburn ``out of the mainstream'' and points to the GOP candidate's gaffs on the campaign trail.

Coburn, who kept a campaign pledge to stay only three terms in Congress, says he will serve a maximum of two six-year terms in the Senate, if elected.

At Ada, he draws applause when he says he opposes supporting illegal immigrants from Mexico with U.S. social services and declares that ``English first has to be the law of the land in this country.''

He rebuffs a Carson charge that he favors privatization of the Social Security system. ``I believe in personal accounts _ that's not privatization,'' he says.

At a debate in Oklahoma City the next day, he is asked if he would have supported creation of the Social Security and Medicare systems in the first place.

``The answer to that question is probably yes,'' he replied.

At Seminole, he says he is ``willing to be attacked'' on the Social Security because the system's finances must be fixed to keep from penalizing future generations. 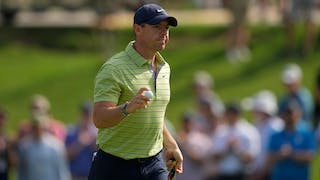 David Prock The first round of the 2022 PGA Championship is underway at Southern Hills Country Club in Tulsa and Rory McIlroy is currently in the lead at -5 through 15 holes. 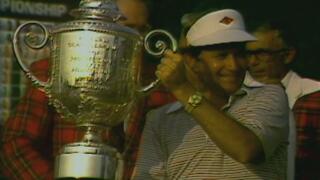 News On 6 With so many big names in town for the PGA Championship, we want to look back at major moment from the 1982 tournament. News On 6's John Holcomb joined us live from Southern Hills with the story. 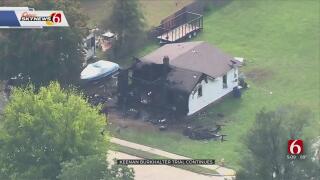 Reagan Ledbetter Thursday was day four of the trial for a man charged with killing two men and a child, then setting the house on fire in Tulsa in 2018. 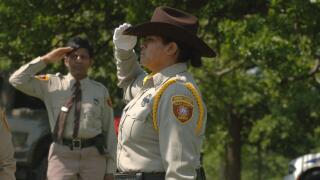 Meredith McCown The Tulsa County Sheriff's Office is remembering one of its own. 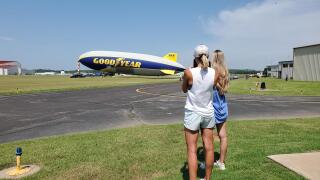 Emory Bryan The Goodyear blimp “Wingfoot One” arrived in Tulsa for coverage of the PGA Championship, and the spectacle has attracted small crowds to Riverside Airport where it’s moored each evening.
View More Stories