ATLANTA (AP) _ It took 43 years, but the Houston Astros are finally postseason winners. Carlos Beltran hit two more homers and drove in five runs, while original Killer B's Craig Biggio and Jeff Bagwell chipped in during a five-run seventh inning that carried the Astros to a 12-3 rout of the Atlanta Braves on Monday night in the deciding Game 5 of their first-round NL playoff series.

The Astros snapped an 0-for-7 record of futility in the playoffs, beating their longtime nemesis. The Braves eliminated Houston in 1997, '99 and '01, but they couldn't escape their own postseason demons this time.

``This is what you can do when you've got special guys,'' said Roger Clemens, who came out of retirement to pitch for his hometown club. ``Every championship team has guys who are special like this. I'm so happy. This is what I came here for.''

The Astros matched the 1955 Brooklyn Dodgers for most series losses before getting their first win. The Bums won the World Series on their eighth try.

``When I got here, they told me they had always had problems getting to the next step,'' said Beltran, who was acquired from Kansas City in June. ``I knew it was going to be tough.''

Atlanta has lost Game 5 of the division series three years in a row _ all at Turner Field. The second-largest crowd in franchise history, 54,068, saw another familiar ending.

Beltran homered four times in the series, breaking the Houston record for a postseason series. In a poignant note, the record was formerly held by Ken Caminiti, who hit three in an opening-round loss to the Braves in 1999.

Caminiti, who spent 10 seasons with the Astros, died Sunday of an apparent heart attack at age 41.

``I think Cammy would be proud,'' Bagwell added.

Next up for the wild-card Astros is a matchup against Central Division rival St. Louis in the NL championship series starting Wednesday night at Busch Stadium.

The team that proudly displays 13 straight division titles still has only one World Series to show for it. It marked the fifth straight year that the Braves' season ended at the Ted.

This one was especially dismal, equaling the worst postseason loss in franchise history.

``Looking back at this team over the whole season, I'm pretty proud of the way we played,'' Chipper Jones said.

Game 5 wasn't a shining moment, though.

Houston jumped ahead 3-0 on Braves starter Jaret Wright, scoring two in the second and adding to their lead when Beltran homered into the Atlanta bullpen in the third.

The Braves had the big crowd roaring in the fifth. Rafael Furcal led off with a homer against Roy Oswalt, and Johnny Estrada hit another into the seats with two outs, pulling Atlanta to 3-2.

But Beltran quickly turned the tide back in Houston's favor. He started the sixth with a towering drive off Wright that just cleared the right-field wall.

The Astros were back in control. The Braves were done.

Unlike Los Angeles a night earlier, Atlanta players didn't come out when it was over to shake the victors' hands.

Oswalt, pitching on three days' rest for only the second time this season, made it through five innings. He threw 111 pitches and the Braves stranded runners in every inning, seven in all against the Houston starter.

Houston poured it on in the seventh after Atlanta summoned Chris Reitsma from the bullpen. With two outs, Biggio lined an RBI single to right and wound at third when the throw home skipped away from Estrada. Beltran followed with another single, driving in his third run of the game, before Bagwell launched a mammoth drive to left-center for a two-run homer.

Reitsma stood beside the mound, staring at the ground. Manager Bobby Cox emerged from the dugout to make a pitching change, drawing a mock cheer from the big crowd _ much of which then headed for the exits.

Before the seventh was done, Jeff Kent also drove in a run off Tom Martin, giving the Astros a 9-2 lead. They could have broke out the champagne right then.

Bagwell and Biggio, who took much of the blame for Houston's futility, finally silenced their critics. Biggio was 8-of-20 (.400) with a homer and four RBIs in the series. Bagwell was 7-of-22 (.318) with two homers and five RBIs.

The Astros underachieved much of the season. Phil Garner took over as manager at the All-Star break, and Houston had to win 36 of its last 46 games just to get the wild card.

Not a bad formula, actually. Last year, the Florida Marlins fired their manager during the season, got into the playoffs as a wild card and went on beat the New York Yankees in the World Series.

Wright gave up only 11 homers in 32 starts during the regular season, but he couldn't keep the ball in the park during his two postseason starts _ especially with Beltran at the plate.

The Astros outfielder went 5-for-6 with three homers against Wright.

Furcal had a huge series for the Braves, with eight hits and two homers. He had plenty of incentive, facing a 21-day jail sentence after being arrested for the second time on DUI charges last month.

The judge set the sentence to begin the day after the Braves' season ended.

Furcal will be reporting to jail on Tuesday.

Notes: The Astros shattered the NL division series record by scoring 36 runs. They broke the mark of 27 set by the Braves in a four-game victory over Colorado in 1995. ... Braves RHP Kevin Gryboski appeared in all five games in the series, getting the final two outs in the sixth. ... The Braves had nine-run losses in the postseason two other times: 13-4 to Pittsburgh in Game 6 of the 1992 NLCS and 12-3 to the New York Yankees in Game 3 of the 1957 World Series. 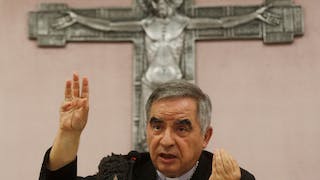 Associated Press The trial originated in the Holy See’s 350 million euro investment in a London real estate deal, but it has expanded to include other alleged crimes. 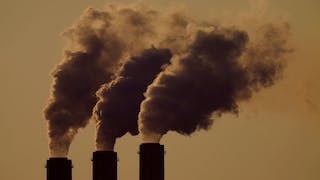 Associated Press Republicans are coming out swinging against Wall Street’s growing efforts to consider factors like long-term environmental risk in investment decisions, the latest indication that the GOP is willing to damage its relationship with big business to score culture war points. 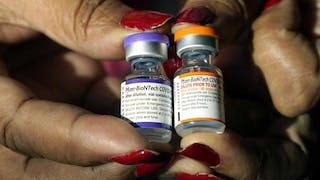 Associated Press Kids ages 5 to 11 should get a booster dose of Pfizer’s COVID-19 vaccine, advisers to the U.S. government said Thursday. 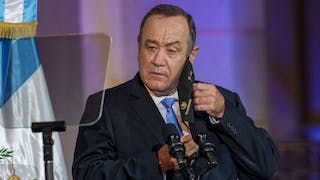 Guatemala Leader Won’t Attend Summit In LA After US Critique

Associated Press His announcement came after several other regional leader have raised the possibility of not going to the summit, which was supposed to be a key moment for the Biden administration’s diplomatic efforts in Latin America. 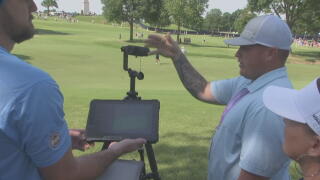 Inside Look At The PGA Championship's Shot Tracking System