On Saturday, he called New York's most dependable defenseman a ``warrior,'' for fighting his way back onto the ice after a knee injury. When Rozsival lifted the Rangers to a double-overtime win over the Buffalo Sabres on Sunday, Renney referred to him as a ``champion.''

Rozsival said little to praise himself after he scored the goal that gave the Rangers a 2-1 victory in Game 3 and got them back in the series against the high-flying Sabres.

``I was lucky enough that I had a lucky shot, and I just tried to put it on net,'' Rozsival said after the Rangers' longest game in exactly 36 years ended 16:43 into the second overtime. ``Anything can happen when you put it on the net.''

Buffalo still leads the Eastern Conference semifinal series 2-1, but the Rangers can get even Tuesday night in Madison Square Garden.

Rozsival led New York's defensemen this season with 10 goals and 40 points. And with an injured left knee that knocked him out for most of the series opener, Rozsival came back in Game 2 and gritted his way through, despite getting nicked up again.

His status was questionable Sunday but not really in doubt. Rozsival was back on the blue line and played a game-high 38 minutes, 16 seconds. All important minutes as the Rangers avoided a 3-0 hole against the Sabres, the NHL's top team in the regular season.

``That's what champions look like,'' Renney said. ``Those guys that get the opportunity to lift the Stanley Cup are pretty beat up, and Rozie is a pretty good example of that.''

In the only other game Sunday night, Anaheim defeated Vancouver 3-2 and leads that Western Conference semifinal series 2-1.

Rozsival fired a shot from just inside the blue line through traffic to win this one and give New York hope again that it can knock off the top seed in the tournament.

Jagr gave the Rangers a 1-0 lead in the second period, but the Sabres tied it late in the third when Daniel Briere finally took advantage of a slew of Buffalo power plays.

After that, it was a goaltending duel between Henrik Lundqvist and Sabres counterpart Ryan Miller. Lundqvist stopped 38 shots and became a winner when Rozsival beat Miller with the Rangers' 46th shot.

That was enough to snap the Sabres' six-game winning streak against the Rangers and their five-game run overall in the playoffs against New York's Islanders and Rangers.

``You have to expect that in their building,'' Miller said. ``It's a must win for them and they ended up getting the right side of the post. We had our opportunities and we didn't capitalize.''

Michael Nylander gave Rozsival the puck near the right point, and the defenseman let it fly through traffic _ including Jagr in front _ and past Miller who looked around after the shot already found the net.

``He has such a great shot from the point. We always try to encourage him to shoot it more,'' forward Brendan Shanahan said. ``It was perfect. He's a warrior and we need guys like Rozsival in the playoffs.''

The Sabres tied it on their seventh power play of the game _ and fifth consecutive after the first period _ when Briere scored with 7:46 left in regulation as Shanahan served a questionable cross-checking penalty.

``We're not going to be given anything,'' Renney said. ``We're the type of team that's going to have to earn respect every single game. That's just because we're the New York Rangers and that's the way it is.

Jagr notched his third of the playoffs when he cleaned up a loose puck in the crease 33 seconds into the middle period. Jagr sent a shot from the left circle that Miller stopped. Martin Straka got to the rebound and nudged it back, squeezing the puck between the goalie's pads and causing it to glide toward the goal line.

Jagr slammed it in for his 70th career postseason goal, second to Colorado's Joe Sakic (82) among active players.

Corey Perry scored the go-ahead goal on a power play 7:51 into the third period as visiting Anaheim recovered from a double-overtime loss at home in Game 2 with a victory over Vancouver.

Francois Beauchemin and Dustin Penner also scored, and Jean-Sebastien Giguere made 24 saves, including three in the final seconds, as the Ducks took a 2-1 lead in the series.

Special teams were the difference for the Ducks, who killed off seven of eight Vancouver power plays _ including a pair of lengthy 5-on-3 advantages _ and converted two of their four chances at the other end.

Anaheim limited the Canucks to two shots during a two-man advantage for 1:22 early in the third period, and had just killed off Perry's hooking penalty without giving up a shot before scoring the winning goal. With Alexandre Burrows off for shooting the puck out of play, Perry sent a shot through a screen and between the legs of Roberto Luongo.

Markus Naslund and Daniel Sedin scored, and Luongo made 21 saves for the Canucks, who have already bounced back from a 5-1 loss in Game 1 and can tie the best-of-seven Western Conference semifinal series at home on Tuesday night. 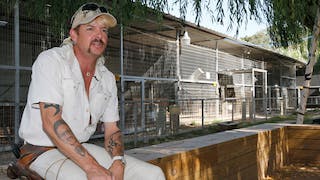 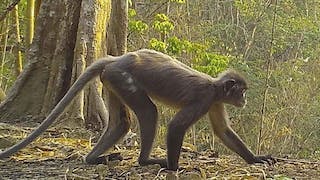 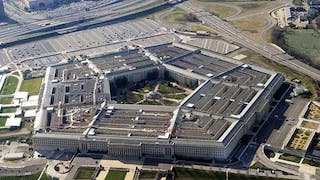