JaLOS ANGELES (AP) _ Jack Valenti, the former White House aide and film industry lobbyist who instituted the modern movie ratings system and guided Hollywood from the censorship era to the digital age, died Thursday. He was 85.

Valenti had a stroke in March and was hospitalized for several weeks at Johns Hopkins University Medical Center in Baltimore.

He died of complications from the stroke at his Washington, D.C., home, said Seth Oster of the Motion Picture Association of America.

``In a sometimes unreasonable business, Jack Valenti was a giant voice of reason,'' Steven Spielberg said in a statement. ``He was the greatest ambassador Hollywood has ever known, and I will value his wisdom and friendship for all time.''

Valenti was a special assistant and confidant to President Lyndon Johnson when he was lured to Hollywood in 1966 by movie moguls Lew Wasserman and Arthur Krim.

When he took over as president of the Motion Picture Association of America, Valenti was caught between Hollywood's outdated system of self-censorship and the liberal cultural explosion taking place in America.

``While I believe that every director, studio has the right to make the movies they want to make, everybody else has a right not to watch it,'' Valenti told The Associated Press shortly before his retirement in 2004. ``All we do is give advance cautionary warnings and say this is what we think is in this movie.''

Dan Glickman, his successor at the MPAA, said Thursday that Valenti embodied the ``theatricality'' of the industry.

``Jack was a showman, a gentleman, an orator, and a passionate champion of this country, its movies, and the enduring freedoms that made both so important to this world,'' Glickman said in a statement.

John Fithian, who heads the National Association of Theatre Owners, recalled Valenti as a wise and ready mentor. Fithian said he had lunch with Valenti shortly before his stroke.

``I was going to lunch to ask him advice actually on one or two critical issues. He was on top of his game, taking calls from leading directors in the middle of lunch to answer questions and give them advice,'' Fithian said.

The white-haired Valenti was familiar to movie fans through his appearances at the Academy Awards, when frequent Oscar host Johnny Carson would poke fun at his speeches. But Valenti was a showman, equally animated whether testifying at a congressional hearing, hobnobbing with celebrities at the Cannes Film Festival, or previewing films for Washington's elite in his office's private theater.

His friends ranged from actors Kirk Douglas and Sidney Poitier to, more improbably, Sen. Jesse Helms, a conservative often at odds with Hollywood.

``Jack Valenti was a true leader and gentleman whose wit, fire and passion for our business inspired everyone regardless of politics or opinion, background or belief,'' Barry Meyer, chairman and chief executive officer of Warner Bros., said in a statement.

In Valenti's later years he handled tricky new challenges from the Internet and technologies that allow movies to be illegally reproduced and distributed in an instant. Valenti also traveled worldwide seeking to thwart movie piracy and boost film exports to reluctant countries such as China.

Valenti's Washington career was born from tragedy. As a Texas-based political consultant working for then-Vice President Johnson, Valenti was riding in the presidential motorcade on Nov. 22, 1963, when President Kennedy was assassinated in Dallas. Valenti, six cars behind the president, initially didn't know what happened.

``Without a trace of warning, the car in front of us accelerated from eight miles an hour to eighty,'' he wrote in his memoir, ``This Time, This Place,'' to be published in June. ``The whole spectacle turned bizarre, like an arcade game run amok, as we drove madly toward or away from some unnamed terror.''

In an Associated Press interview, he said in 2003 that the assassination ``is so seared in my memory I literally, sometimes at night _ not often, but once or twice a year _ I relive that day.''

Oliver Stone's 1991 film ``JFK'' angered Valenti. Stressing he wasn't speaking for the MPAA, he said the film's implication that LBJ was involved in the assassination was ``quackery'' plucked from a ``slag heap of loony theories.''

Hurried aboard Air Force One for Johnson's historic flight back to Washington, Valenti was instantly drafted as a special assistant to the new president.

His duties grew to include congressional relations, diplomacy and speech editing, and he attended Cabinet and National Security Council meetings. Valenti became known for his loyalty, likening Johnson to Lincoln for his civil rights efforts and declaring, to widespread ridicule, ``I sleep each night a little better'' knowing Johnson was in charge.

Yet Valenti resigned in 1966, over Johnson's objections, to accept the movie post. He became one of the highest-paid and best-known trade association executives, with a salary topping $1 million and his own star on the Hollywood Walk of Fame.

A lifelong film lover, he once cited the 1966 film ``A Man for All Seasons'' as his all-time favorite.

The ratings program that featured labels such as ``G'' for general audiences remained his greatest legacy, even as social mores evolved even further, creating new criticism over Hollywood's attempts to protect its audience.

The ratings system has met with recent disapproval from many film critics, cinema fans and moviemakers, especially directors of independent films who say the system is stacked in favor of big studio productions and against edgier, low-budget fare. Critics also say the system is overly prudish on sex while allowing excessive violence. Recently, tobacco opponents have even sought to add smoking to the list of activities deemed too sensitive for younger viewers.

Director Kirby Dick's 2006 documentary ``This Film Is Not Yet Rated'' depicted the system as a secretive and inconsistent process that did not provide adequate methods to appeal decisions.

The system did undergo changes over the decades. A PG-13 rating (parental guidance strongly recommended) was added in the 1980s. The X rating for adult films was transformed into the NC-17 rating in the 1990s.

But the format Valenti laid out in the late 1960s generally has remained intact. Valenti was always quick to rebut critics, saying frequent MPAA surveys found that parents with young children felt the ratings system was a helpful guide.

Without the ratings system, Valenti said, Hollywood could be faced with a labyrinth of local censorship boards with conflicting standards.

Born in Houston, the grandson of Sicilian immigrants, Valenti swept floors and made popcorn in a local theater as a boy. He never lost his wonder at what he called the ``miraculous, unfathomable alchemy'' of moviemaking.

After earning the Distinguished Flying Cross for piloting bombing missions over Italy in World War II, he worked his way through night school at the University of Houston, then earned a master's in business administration from Harvard.

In 1952, he co-founded an advertising and political consulting agency. He was introduced to Senate Majority Leader Johnson three years later and was ``mesmerized,'' Valenti recalled. ``I felt a primal force was in my presence.''

He met his future wife, Mary Margaret Wiley, through his budding friendship with the senator _ she was Johnson's longtime secretary. They had three children.

Valenti wrote a handful of books, including one on Johnson, ``A Very Human President,'' and a novel, ``Protect and Defend,'' published in 1992 by Doubleday with the help of one of its senior editors, Jacqueline Kennedy.

By the time he retired, the movie business had been on a growth spurt for more than a decade, with admissions climbing to their highest level since the late 1950s.

``I'm the luckiest guy in the world, because I spent my entire public working career in two of life's classic fascinations, politics and Hollywood,'' he said in 2004. ``You can't beat that.'' 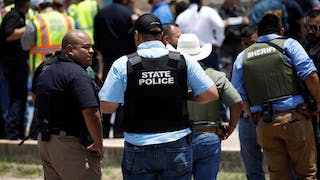 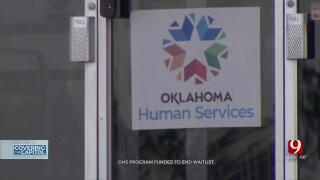 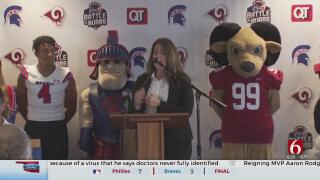 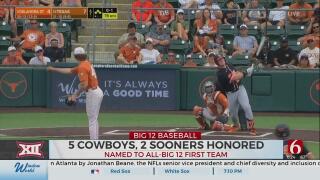 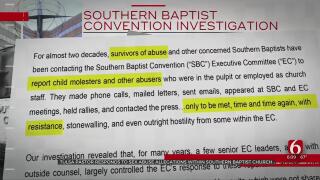 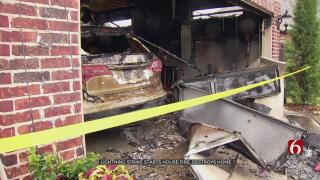 Jordan Tidwell A Bixby family has lost everything when lightning hit their house and started a fire.
View More Stories