This weekend marks a homecoming for a Tulsa filmmaker. Jerry Melichar, a Booker T. Washington High School graduate, returned home to finish shooting on his movie "Landlocked." Melichar says the main character is based on one of his high school teachers. The News On 6â€™s Chris Wright reports he felt it was important to come back to Tulsa to finish the film.

Already two years in the making, the crew of â€œLandlockedâ€ worked meticulously to wrap up filming on Saturday. The movie's main character is a Will Rogers High School marine biology teacher, but the filmmakers had yet to shoot any scenes in Tulsa. Most were filmed in New Jersey last December.

"When we first pulled up I said that being here was like meeting a pen pal,â€ said â€œLandlockedâ€ producer Mandy Goldberg. â€œI've seen pictures of it. I've been advocating on behalf of the high school and bringing the story here."

While the New York based actors and producer are not familiar with Tulsa, director Jerry Melichar grew up here. He long ago moved to the East Coast, but says his upbringing shaped his writing.

"The stories and characters I know from growing up here really influence what I write about, the stories that I tell," said Melichar.

A number of Tulsans were on hand to help Melichar complete filming. While the actors, director and producer flew in from New York for Saturdayâ€™s shoot, the production crew is entirely local. Even all of the extras featured in Saturdayâ€™s scenes are actual Will Rogers High School students.

"We know a little bit about drama and a little about theater, so they came and asked us to help out," said Will Rogers High School senior Elizabeth Box.

Melichar expects to have â€œLandlockedâ€ completed by this fall. He and his producer then plan on shopping it around to film festivals across the country. All that is down the road though. For now, the filmmaker is just happy to be home.

"It's just been a great experience to take my passion for filmmaking and bring it back to Tulsa," said Melichar.

The crew tells us that most of the money for the production of â€œLandlockedâ€ was contributed by supporters here in Tulsa.

For fear of giving too much away, no one would say much about the movie, except that it is a dark, comedic thriller. 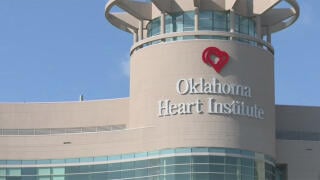 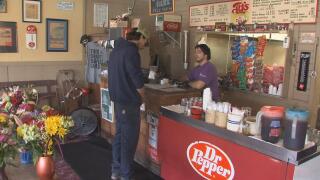 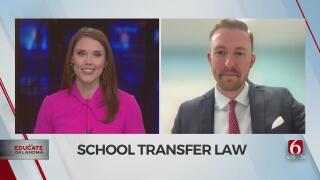 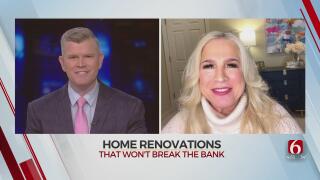 How To Renovate A Home Without Overspending

David Prock 2021 was a record year for the housing market with average home prices rising by about 20 percent. Many are looking into making renovations to new homes. Cindy Morrison is a realtor in Tulsa with Chinowth and Cohen. She joined News On 6 at 4 to talk about ways to renovate without breaking the bank and help increase your home's value.
View More Stories