The most infamous feud in American folklore, the long-running battle between the Hatfields and McCoys, may be partly explained by a rare, inherited disease that can lead to hair-trigger rage and violent outbursts.

Dozens of McCoy descendants apparently have the disease, which causes high blood pressure, racing hearts, severe headaches and too much adrenaline and other ``fight or flight'' stress hormones.

No one blames the whole feud on this, but doctors say it could help explain some of the clan's notorious behavior.

``This condition can certainly make anybody short-tempered, and if they are prone because of their personality, it can add fuel to the fire,'' said Dr. Revi Mathew, a Vanderbilt University endocrinologist treating one of the family members.

The Hatfields and McCoys have a storied and deadly history dating to Civil War times. Their generations of fighting over land, timber rights and even a pig are the subject of dozens of books, songs and countless jokes. Unfortunately for Appalachia, the feud is one of its greatest sources of fame.

Several genetic experts have known about the disease plaguing some of the McCoys for decades, but kept it secret. The Associated Press learned of it after several family members revealed their history to Vanderbilt doctors, who are trying to find more McCoy relatives to warn them of the risk.

One doctor who had researched the family for decades called them the ``McC kindred'' in a 1998 medical journal article tracing the disease through four generations.

``He said something about us never being able to get insurance'' if the full family name was used, said Rita Reynolds, a Bristol, Tenn., woman with the disease. She says she is a McCoy descendant and has documents from the doctor showing his work on her family.

She is speaking up now so distant relatives might realize their risk and get help before the condition proves fatal, as it did to many of her ancestors.

Von Hippel-Lindau disease, which afflicts many family members, can cause tumors in the eyes, ears, pancreas, kidney, brain and spine. Roughly three-fourths of the affected McCoys have pheochromocytomas _ tumors of the adrenal gland.

The small, bubbly-looking orange adrenal gland sits atop each kidney and makes adrenaline and substances called catecholamines. Too much can cause high blood pressure, pounding headaches, heart palpitations, facial flushing, nausea and vomiting. There is no cure for the disease, but removing the tumors before they turn cancerous can improve survival.

Affected family members have long been known to be combative, even with their kin. Reynolds recalled her grandfather, ``Smallwood'' McCoy.

``When he would come to visit, everyone would run and hide. They acted like they were scared to death of him. He had a really bad temper,'' she said.

Her adopted daughter, another McCoy descendant, 11-year-old Winnter Reynolds, just had an adrenal tumor removed at Vanderbilt Children's Hospital. Teachers thought the girl had ADHD _ attention deficit hyperactivity disorder. Now, Winnter says, ``my parents are thinking it may be the tumor'' that caused the behavior. ``I've been feeling great since they took it out.''

Her adoptive father, James Reynolds, said of the McCoys: ``It don't take much to set them off. They've got a pretty good temper.

``Before the surgery, Winnter, when we would discipline her, she'd squeeze her fists together and get real angry and start hollering back at us, screaming and crying,'' he said.

As for the older McCoys, ``they just started dropping dead of the tumors,'' he said. ``They didn't know what it was. A name wasn't really put on the disease until 1968. That's when one of my brothers-in-law had to have surgery, to have some tumors removed in his brain. They started to notice tumors occurring in each of the family members.''

``They went back on the genealogy and all of that stuff,'' she said. ``They called it madness disease. They said that it had to be coming from the VHL. Our family would just go off, even on the doctors.''

Now 85 and retired, Atuk said he could not talk about his work because of medical confidentiality.

Rita Reynolds had two adrenal tumors removed a few years ago. Her mother and three brothers also had them. So do McCoy descendants in Oregon, Michigan and Indiana, she said.

``When you have these tumors, you're easy to get upset,'' said Rita's mother, Goldie Hankins, 76, of Big Rock, Va., near the Kentucky-West Virginia border. ``When people get on your nerves, you just can't take it. You get angry because your blood pressure was so high.''

Still, many are dubious that this condition had much of a role in the bitter feud with the Hatfields, which played out in the hill country of eastern Kentucky and West Virginia for decades.

Some say the feud dates to Civil War days, when some members of the families took opposite sides. It grew into disputes over timber rights and land in the 1870s, and gained more notoriety in 1878, when Randolph or ``Old Randal'' McCoy accused a Hatfield of stealing one of his pigs. The hostilities left at least a dozen dead.

``The McCoy temperament is legendary. Whether or not we can blame it on genes, I don't know,'' said Ron McCoy, 43, of Durham, N.C., one of the organizers of the annual Hatfield-McCoy reunion. ``There are a lot of underpinnings that are probably a more legitimate source of conflict.''

``There was a lot of inter-marrying'' that could have played havoc with the gene pool, he conceded.

Another relative, Bo McCoy, of Waverly, Ohio, said he had never heard talk of the disease although he has been diagnosed with a different adrenal gland problem _ Cushing's syndrome.

Even Reo Hatfield, who drafted the ``truce'' the two families famously signed in 2003 to officially end hostilities, doubted the role of the McCoys' disease in the feud.

``I would be shocked'' if doctors blamed it on illness, he said.

Altina Waller, a professor of history at the University of Connecticut and author of a book about the feud, agreed.

``Medical folks like to find these kinds of explanations. Like the Salem witchcraft thing. That book came out about how that was caused by wheat that was grown that had this parasite or mold or fungus or something that caused everybody in Salem to go nuts,'' she said.

``How does it explain the other dozen or so feuds that I've looked at in other places?'' she asked, citing disputes over coal and other issues. ``The rage and violence as such was not confined to McCoys.''

She acknowledges that an argument could be made for seeing the McCoys as the more aggressive of the clans.

``One of the reasons the McCoys don't like me as much in the Tug Valley as the Hatfields do is that I seem to suggest that Randal McCoy, the patriarch of the family, was sort of irrational and flamboyant and did jump to, into wanting violence more than, say, Anderson Hatfield,'' Waller said.

These days, the ``feud'' has taken a far more civil tone and all but disappeared, members of both families say. The last time it surfaced was in January 2003. McCoy descendants sued Hatfield descendants over visitation rights to a small cemetery on an Appalachian hillside in eastern Kentucky. It holds the remains of six McCoys, some allegedly killed by the Hatfields. 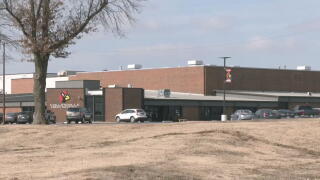 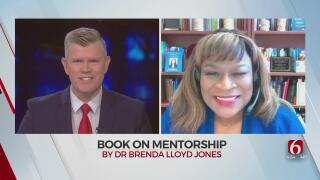 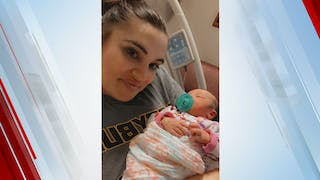 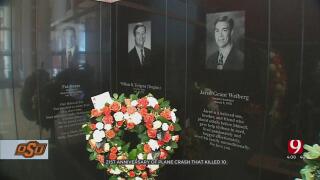 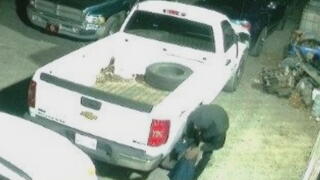 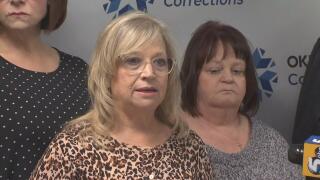