WASHINGTON (AP) _ The Iraq war lumbered into its fifth year Monday with President Bush pleading for patience to let his revised battle plan work and Congress' new Democratic leaders retorting that none remains.

``The new strategy will need more time to take effect,'' Bush said in remarks televised from the White House to mark the four years since he ordered the invasion. He challenged Congress to send him a war funding bill ``without strings and without delay.''

He got a swift response from House Speaker Nancy Pelosi.

``The American people have lost confidence in President Bush's plan for a war without end in Iraq,'' said Pelosi, D-Calif. ``That failed approach has been rejected by the voters in our nation and it will be rejected by the Congress.''

Four years in, the war has claimed the lives of more than 3,200 members of the U.S. military. Predictions about the cost and length of the war have been far surpassed. The public overwhelmingly opposes the war, and Bush's approval rating stands near his all-time low. Trying to halt spiraling sectarian bloodshed, Bush has ordered nearly 30,000 more combat and support troops to Iraq, mostly to stabilize Baghdad.

``Until Baghdad's citizens feel secure in their own homes and neighborhoods,'' Bush said, ``it will be difficult for Iraqis to make further progress toward political reconciliation or economic rebuilding, steps necessary for Iraq to build a democratic society.''

From Capitol Hill, the Democrats now in charge showed no truck with negotiation.

House Democratic Whip James Clyburn of South Carolina said Democrats were intent on ``ending the blank check for the president's war and setting a timeline for the phased redeployment of our U.S. military.'' The House will vote this week on legislation that would effectively require the withdrawal of U.S. troops from Iraq by next year, while providing funding for the wars in Iraq and Afghanistan for the year.

``By August 2008 at the latest, U.S. combat troops will be redeployed from Iraq,'' said Clyburn.

A new poll reflected the stress and hopelessness that are the result of the unrelenting violence and uncertain political situation. The poll, by ABC News, USA Today, the BBC and ARD German TV, found only 18 percent of Iraqis have confidence in U.S. and coalition troops, 86 percent are concerned that someone in their household will be a victim of violence and 51 percent say violence against American forces is acceptable.

The joint security crackdown by an influx of U.S. and Iraqi forces to Baghdad and the troubled Anbar Province began Feb. 14. Bush said ``success will take months, not days or weeks'' _ in part because less than half of the U.S. troop reinforcements have arrived in the capital.

``There will be good days, and there will be bad days ahead as the security plan unfolds,'' the president said.

Still, he reported positive news, some delivered during a briefing on the war with his National Security Council and a later secure videoconference call with Iraqi Prime Minister Nouri al-Maliki from Baghdad.

Bush credited Iraqis with now deploying 10 army brigades and nine national police brigades to the capital, and al-Maliki's Shiite-led government for allowing U.S. troops to go after Shiite militias as well as Sunni insurgents. He said the security push has already uncovered large caches of weapons and destroyed two major car bomb factories on the outskirts of Baghdad.

He also praised al-Maliki's government for making progress on a law establishing how oil revenue would be shared among the Iraqi people and on a promise of $10 billion in Iraqi money spent on reconstruction.

What he didn't say was that Iraq missed the Dec. 31 target dates to enact the oil law, as well as laws establishing provincial elections and reversing measures that have excluded many Sunnis from jobs and government positions because they belonged to Saddam's Baath party. The U.S. is also pushing for constitutional amendments to remove articles that the Sunnis believe discriminate in favor of the Shiites and Kurds.

``By diverting attention from al-Qaida and stretching our troops to the breaking point, the Iraq war has made America less safe, not more,'' said Senate Majority Leader Harry Reid, D-Nev. ``The war can only be won politically and by forcing Iraq's political factions to resolve their differences.''

To this end, Democrats are pushing a war spending bill that includes a troop withdrawal deadline of Sept. 1, 2008. That timeline would speed up if Bush cannot certify that the Iraqi government is meeting its own benchmarks for providing security, allocating the oil revenues and making the constitutional amendments.

The spending bill has little chance of getting to Bush's desk, where he has promised a veto, because Democrats have a much-slimmer majority in the Senate. But the White House has worked aggressively anyway leading up to the House vote, fearing it could create momentum in the Senate and send an unwanted message globally.

The House proposal received a political boost Monday, when a large grass-roots anti-war group said it supports the legislation and would lobby members to vote for it. MoveOn.org said it found 85 percent of its members back the bill even though it would not bring home troops immediately.

The endorsement is likely to put substantial pressure on liberal members who have threatened to oppose the bill because it would not end the war by December. 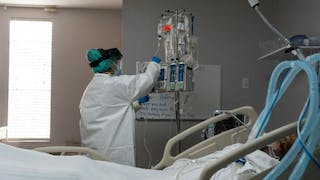 Associated Press British health authorities say they have identified four “rare and unusual” cases of the disease monkeypox among men who appear to have been infected in London and had no history of travel to the African countries where the smallpox-like disease is endemic. 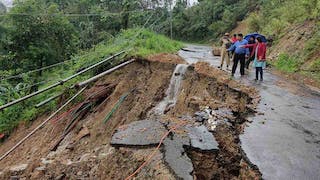 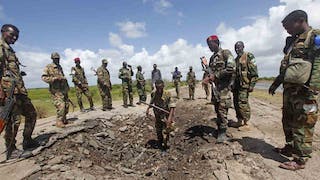 President Biden To Return US Troops To Somalia

CBS News President Biden has approved a request from the Pentagon to reestablish a persistent presence of U.S. troops in Somalia, reversing a decision made late in the Trump administration. 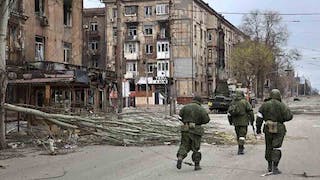 CBS News Efforts were underway Tuesday to evacuate the last of the Ukrainian forces who spent weeks holed-up inside the Azovstal steel plant in the ruined port city of Mariupol. 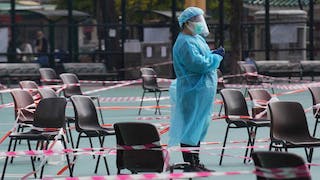 US Deaths From COVID Hit 1 Million, Less Than 2 1/2 Years In

Associated Press The U.S. death toll from COVID-19 hit 1 million on Monday, a once-unimaginable figure that only hints at the multitudes of loved ones and friends staggered by grief and frustration. 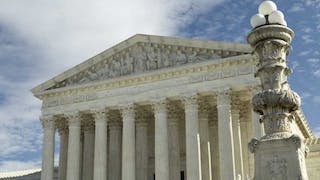 CBS News The Supreme Court on Monday invalidated a provision of federal campaign finance law capping the amount of money a candidate can be repaid for personal loans made to their campaign, siding with GOP Sen. Ted Cruz of Texas in his challenge to the restriction.
View More Stories