But the 6-foot-6 Fowles, who goes by ``Big Syl'' and has led the Lady Tigers all year with her imposing inside presence, wasn't about to pass when offered a chance to speak her mind Monday night as the team learned of its seeding in the NCAA tournament.

``Pokey's always been a great person, she's like my mom and it's going to stay that way from here on out,'' Fowles said. ``No matter what people say, I'm not going to look at her any different.''

People are saying a lot about Chatman since her abrupt resignation last week amid allegations that she had improper relations with a former player while that player was still on the team.

The timing of her departure could not have been much worse for the No. 12 Lady Tigers, who on Monday night found out they'd be a No. 3 seed in the Fresno Regional.

Their first game will be Saturday night in Austin against North Carolina-Asheville.

Having beaten No. 3 Tennessee before losing to No. 7 Vanderbilt in the final of the Southeastern Conference tournament, LSU appeared primed to make a run for a fourth-straight Final Four appearance. Then Chatman, winner of 90 games in her first three seasons as full-time head coach, abruptly resigned.

Although Chatman cited unspecified career opportunities as the reason she left, an LSU source, on condition of anonymity, later said that Chatman's resignation stemmed from allegations by assistant coach Carla Berry in February that Chatman had improper contact with a former player.

LSU was prepared to allow Chatman to coach through the end of the NCAA tournament, and Chatman initially intended to do so. But the day after announcing her resignation, Chatman said she would stop coaching immediately, citing intense media scrutiny and speculation about her reasons for stepping down.

Bob Starkey, a career assistant who has said he has no interest in becoming a permanent head coach, was elevated to acting head coach. Berry, meanwhile, remains on the staff and Starkey said Monday night that he does not expect that to change.

``Coach Berry is very, very well respected by our players, certainly by me, and she'll continue to be a positive part of our program,'' Starkey said.

Starkey said last week that the players initially were stunned and saddened when Chatman left. But he noted that many had been through the late Sue Gunter's departure because of a grave illness during the 2004-03 season and through the lasting, widespread effects of Hurricane Katrina on friends and relatives, making the Final Four each time.

``They're a very, very close team, and, again, I know that's cliche, but these guys have been through some stuff in the past and the way they respond is just by working hard and doing what they think the university, their staff, their teammates want them to do,'' Starkey said.

Players had been off-limits to the media until LSU made Fowles and two others available Monday night.

Ashley Thomas and Rashonta LeBlanc said they preferred not to discuss the circumstances surrounding Chatman's departure and preferred to focus on the tournament.

``It's back to business,'' Thomas said. ``I just try to maintain focus on the task at hand and do what I know how to do best.''

Said LeBlanc: ``As a team, we've come to the conclusion that's something we're not going to talk about. We're going to focus on playing basketball, hopefully trying to make it to the Final Four. So as long as that's our focus, we have no problem.''

Starkey and his players said that Chatman's departure has not been disruptive in terms of getting things done at practice, which Starkey often ran anyway when Chatman was recruiting or at speaking engagements.

Fowles said losing Chatman meant losing ``her demeanor that she brings to the team, but a lot of people don't know that Bob also brings the same things to the table even though he was always behind the scenes.''

Starkey said he continues to hold Chatman in high regard and may even call the departed coach during the tournament to seek advice.

And Fowles said she felt somehow that Chatman would remain with the Lady Tigers in some form throughout the tournament, even if not in person.

``She's going to always keep up with us,'' Fowles said. ``She might not show up to the games, but I'm pretty sure she'll be keeping up with us.'' 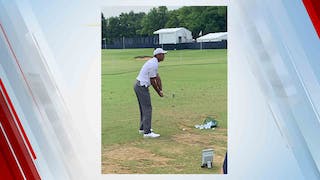 News On 6 The PGA is announcing tee times and pairings for the PGA Championship at Southern Hills Country Club this week. Tiger Woods is set to play Thursday at 8:11 a.m. with Rory McIlroy and Jordan Spieth. 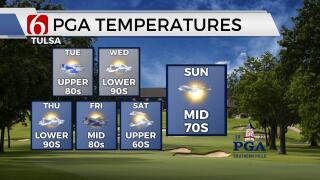 Alan Crone Early morning showers are expected before temperatures ramp-up toward the afternoon. 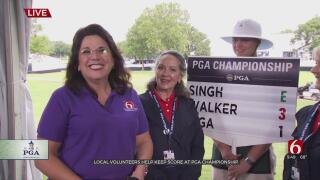 News On 6 It takes 3,000 volunteers at Southern Hills to make the tournament of this magnitude run smoothly. The PGA taps into each city to gather those volunteers and is often the case, Tulsa delivers. 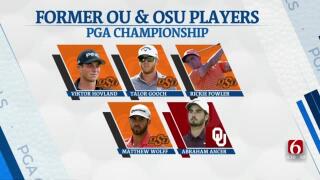 News On 6 The best golfers from around the world are in Tulsa to compete in the 2022 PGA Championship, including several with Oklahoma ties. 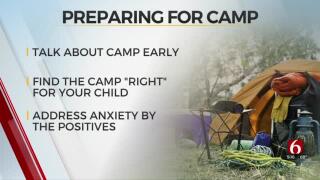 News 9 School is starting to wrap up for elementary-age students across Oklahoma. Pediatrician Dr. Scott Cyrus joined the News On 6 team on Tuesday to talk about how to make sure your kids are ready before heading off to summer camp 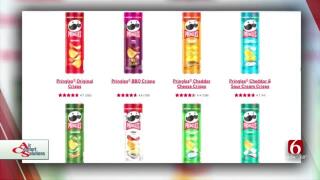 News On 6 We are in the Air Comfort Solutions Kitchen for this week's Taste Test Tuesday and since Pringles released new flavors, the morning crew decided to try out the Mexican Street Corn!
View More Stories