BAGHDAD (AP) _ The Mahdi Army didn't guard Shiite pilgrims on the roads to and from the holy city of Karbala this year.

The Shiite militiamen waited in the wings under a deal that eased the way for U.S.-Iraqi security sweeps through Baghdad. But their absence had many pilgrims and other Shiites feeling like easier targets.

That sense of vulnerability was driven home Sunday when some 70 pilgrims came under attack after passing through the most dangerous stretch of Sunni-dominated territory on the way back from Karbala. The men and boys were celebrating their good fortune when one noticed a car racing far too fast, coming toward them from behind. The bomber barreled into their flatbed truck, setting off an explosion that killed at least 32 and wounded at least 24.

The attack rocked a neighborhood that is largely under tight Shiite control, a day after a bombing that killed 20 people in the Sadr City neighborhood where the Mahdi militia is based.

``I blame the government,'' said Mustafa Moussawi, the pilgrim who saw the bomber. ``They didn't provide a safe route for us even though they knew we were targets for attack.''

Over the past two years, the Mahdi Army provided security for the pilgrimage marking the end of 40 days mourning for the 7th century battlefield death of the Prophet Muhammad's grandson. Shiites consider him the rightful heir of Islam's leadership. Sunni Muslims do not.

The pact that kept the Mahdi Army off the streets this year apparently led to a decrease in execution-style slayings blamed on Shiite death squads. But bomb attacks continue _ and each blast chips away at the public's confidence that U.S. troops and their Iraqi partners can protect them.

After a week in which some 340 people, mostly Shiite pilgrims en route to Karbala, were killed in sectarian attacks, Sunday's attack once again demonstrated the limitations of the U.S.-led crackdown seeking to restore order in the capital.

And the attacks put pressure on the militia to respond, perhaps part of the attackers' strategy of drawing Shiite forces back onto the streets and into confrontation with the Americans.

Moussawi, a 31-year-old vegetable store owner who suffered slight injuries when he was thrown to the street by the force of Sunday's blast, was among the luckiest. Most others were swallowed by instant flames in the attack. Another survivor, Nasir Sultan, a 38-year-old Transportation Ministry worker, said he watched people thrash helplessly in the inferno.

Shortly before the truck was attacked, a bomb-rigged car in central Baghdad killed at least five pilgrims and injured six. In another part of the city, a suicide bomber detonated a belt packed with metal fragments inside a minibus heading to a mostly Shiite area, killing at least 10 people and wounding five.

On Saturday, Iraq's prime minister, Nouri al-Maliki, opened a conference of neighboring nations and world powers with a warning that Iraq's sectarian strife could spread across the region.

The one-day meeting was highlighted by rare direct exchanges between Iran and the United States _ which reportedly grew testy in the closed-door session with other envoys.

Iran pressed for a timetable for a withdrawal of U.S.-led forces from Iraq, and the U.S. delegation reasserted claims that Shiite militia receive weapons and aid from Iranian sources.

But the gathering also ended with both sides leaving open the possibility of further contacts to discuss Iraq _ where they share interests as Baghdad's top allies.

The U.S. military reported three soldiers killed Sunday. One was killed by a roadside bomb southwest of the capital, while another died in combat and the third was killed in an unspecified ``non-combat incident'' in northern Iraq, the military said.

In the northern city of Mosul, a suicide bomber attacked the offices of the largest Sunni political group, said Mohammed Shakir al-Ghanam, a member of the Iraqi Islamic Party. Three guards were killed and two wounded, he said.

The reason for the attack was not immediately clear. The party is the only Sunni political movement with a national base.

Brig. Gen. Dana Pittard, who commands U.S. units training Iraqi forces, said nearly 80 percent of Iraqi military divisions are under full local control, but getting the forces fully outfitted with ``logistical support'' _ such as communications and state-of-the art equipment _ ``is going to take much more time.''

He also encouraged Iraqi government efforts to bring back some former military and security personnel from Saddam Hussein's regime _ who were part of wholesale dismissals to clear away members of his Baath party.

``It's what a person's talents and experience can bring to the situation,'' said Pittard, who noted complaints that the past Baath purges ``went way, way too far.'' 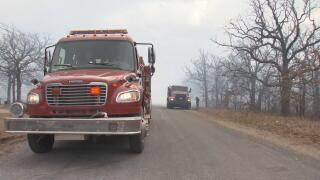 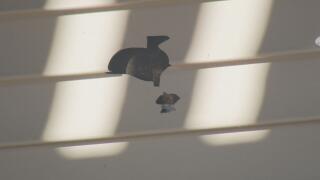 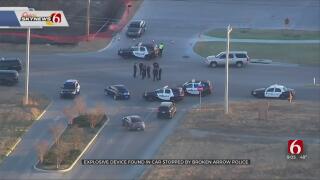 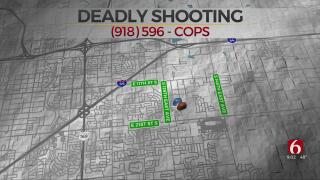 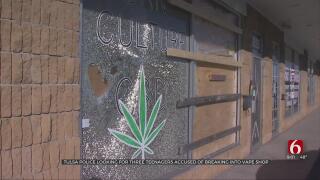 Jordan Tidwell Tulsa Police are looking for three teenagers who broke into a vape shop and stole more than $3,000 worth of items.  Burn Culture CBD manager, Katy Newton said the boys actually came into the store earlier in the day before breaking in that night. 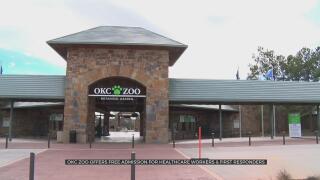 News On 6 The free admission starts on February 3. Up to four family members of any healthcare worker and first responder can also get in for half price.
View More Stories