Opening an hourlong demonstration and press conference at the Nasdaq Stock Market, Microsoft CEO Steve Ballmer acknowledged that Windows Vista should have been out long ago.

``I should probably say it's an exciting thing to finally be here _ and that's all I'll say about the past,'' Ballmer said, before adding: ``This is the biggest launch in our company's history, that's for sure.''

Businesses that buy Windows licenses in bulk have first crack at PCs with the new operating system or at upgrade discs for installing Vista on existing machines. Consumers won't be able to get Vista on home PCs until Jan. 30.

Microsoft and computer vendors contend that Vista will make computers more secure, powerful and graphically dynamic, especially when combined with other products Microsoft is releasing simultaneously. Those include new back-end server software for businesses, as well as Office 2007, which brings sweeping changes to widely used programs such as Word, Outlook, Excel and PowerPoint.

Ballmer said the new offerings were suited to businesses that need to link staff, partners, documents and corporate data in far-flung locales and to manage information that comes in various formats over the Web.

The new version of Excel, for instance, packs vastly increased number-crunching abilities. The Outlook e-mail program performs noticeably faster searches for tidbits buried in messages _ and it can integrate voice mail and instant messages when used with Microsoft server software.

``I think we really have the most comprehensive lineup our company has ever put in place,'' Ballmer said.

Much is at stake for Microsoft. Most of its revenue and almost all of its profit come from Windows and Office, funding the company's sexier ventures in video games and music players and giving it the cash it needs to fight a wide world of rivals, from open-source startups to big names like Google Inc., Oracle Corp. and IBM Corp.

Microsoft shares fell 21 cents to close at $29.36 on the Nasdaq Stock Market.

The most noticeable changes in Vista involve three-dimensional graphics and much better search capabilities, but the software also incorporates huge changes behind the scenes. Programs have less access to the core of the operating system, closing a vulnerability that malicious hackers have giddily exploited in the past. Vista also includes basic anti-virus software.

Of course, no software can be 100 percent safe; Ballmer would have been foolish to claim that Vista is hacker-proof. But he did promise big improvements: ``The reduction in the number of vulnerabilities that ever present themselves will really be quite dramatic,'' he said.

Even with all the touted improvements, analysts expect Vista to only gradually appear on PCs, especially in big organizations where upgrading can be costly and complicated. Gartner Dataquest predicts Vista won't outnumber the previous operating system, Windows XP, on business computers until 2010.

That's largely because big companies need to test internal business applications on Vista before switching, a process that Gartner analyst Michael Silver estimates at 12 to 18 months in many cases.

And for many users, the changes in Vista _ even when paired with Office 2007 _ appear nice to have on new computers, but not must-haves.

Users of Office 2007 will immediately be struck by an overhaul in how commands are presented. Gone is the familiar menu structure in favor of a ``ribbon'' atop the screen that reorders commands by when they are likely to be needed. The system is meant to unlock many features that were hard to find in previous generations of Office, but it might take some retraining time.

The biggest challenge for Office will be the changes the computing world has undergone since its last major release in 2003. Inexpensive, open-source alternatives have gained traction. And rivals such as Google are increasingly delivering spreadsheets, word processing and other tools for free over the Internet, an attractive choice for smaller companies.

That threat has Microsoft hustling to improve its own mechanisms for delivering and updating software online, which in turn has led to speculation that the next operating system upgrade will come in a series of incremental improvements rather than in one fell swoop, Vista-style.

Indeed, Ballmer had said before Thursday's event that Microsoft won't take so long to churn out its next operating system. Asked where Windows can go from here, given the huge revamp that Vista represented, Ballmer said there were several possible improvements, including more aggressive changes to Windows' file-based storage system, sharper video connectivity and a better networking infrastructure.

``We took great strides forward,'' he said Thursday, ``but there's still so much to do.'' 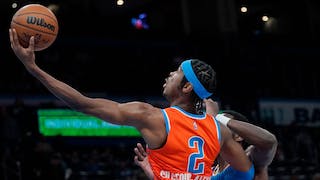 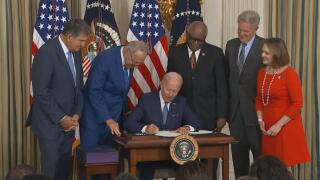 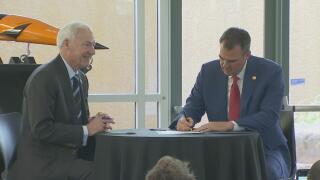 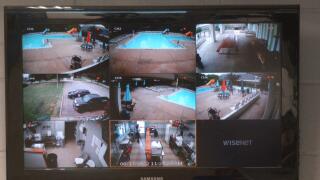 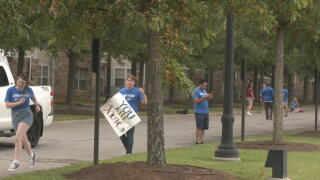 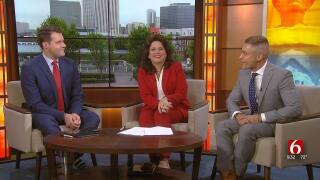