Pelosi's prestige on the line as Democrats choose top lieutenant: Hoyer or Murtha


WASHINGTON (AP) _ House Speaker-to-be Nancy Pelosi faces a major leadership test Thursday, barely a week into her new role, as Democrats vote on her choice for majority leader. She's supporting a lawmaker once caught up in a bribery scandal and known more recently for trading votes for pork projects.

Pelosi's prestige is on the line after endorsing longtime ally John Murtha of Pennsylvania to be the No. 2 Democrat in place of her longtime rival Steny Hoyer of Maryland.

Senate Republicans, meanwhile, rewarded Mississippi Sen. Trent Lott with their No. 2 post, four years after the White House helped push him out of his job running the Senate for making remarks interpreted as endorsing segregation. President Bush, on a trip to Russia and Asia, telephoned Lott on Wednesday with congratulations.

Pressured to step down from the Senate's top spot in 2002, Lott returned to the Republicans' second-ranking position by nosing out Sen. Lamar Alexander, R-Tenn., who had made an 18-month bid for the post. Lott promised to defer to Minority Leader-to-be Mitch McConnell, R-Ky.

House Republicans, finding themselves in the minority for the first time since 1994, will meet in private Thursday to hear presentations from candidates for their half-dozen leadership posts. Their election is scheduled Friday. Speaker Dennis Hastert of Illinois is leaving the leadership ranks. Replacing him as the House's top Republican became a two-man race Wednesday between current Majority Leader John Boehner of Ohio and conservative challenger Mike Pence of Indiana. Energy and Commerce Committee Chairman Joe Barton of Texas dropped out and endorsed Boehner.

Hoyer entered the Democratic leadership race with a substantial lead by most counts, but he has been scrambling to hold onto supporters since Pelosi's surprise intervention on Sunday. He appeared to carry a lead into Thursday's secret ballot despite Pelosi's opposition.

"I think we're in very good shape. I expect to win," Hoyer said. "I expect that we will bring the party together and become unified and move on from this."

With characteristic gruffness, Murtha said the opposite was true: "We're going to win. We got the votes," he said Wednesday afternoon on MSNBC's "Hardball."

Allies such as Rep. George Miller, D-Calif. _ also a top confidant of Pelosi _ have been working this week to peel away votes from Hoyer. Pelosi also has intervened more directly, making the case for Murtha in one-on-one meetings with Democratic freshmen _ sessions in which the incoming lawmakers ask for all-important committee assignments.

Murtha, a former Marine who generally has supported U.S. military efforts, has gained considerable attention this year for his criticism of the administration's Iraq war policies. He steered Pelosi's winning campaign in 2001 against Hoyer for the No. 2 Democratic leadership post, and his supporters say Pelosi deserves a more loyal wingman.

But Murtha is also a controversial figure. He was investigated in 1980 as part of the Abscam bribery sting, but was the only lawmaker involved who wasn't charged criminally.

FBI agents pretending to represent an Arab sheik wanting to reside in the United States and seeking investment opportunities approached Murtha and several other lawmakers with offers of bribes.

When offered $50,000, Murtha is recorded as saying, "I'm not interested ... at this point." A grand jury declined to prosecute Murtha, and the House ethics committee issued no findings against him. On MSNBC Wednesday, Murtha said, "I told them I wanted investment in my district. They put $50,000 on the table and I said, `I'm not interested.'"

Murtha has a record of not always being a leadership loyalist, frequently supplying votes to GOP leaders who were struggling to pass bills. The none-too-subtle trade-off: Murtha and his allies would do better when home-state projects were doled out by the Republicans.

He has been criticized by ethics watchdogs such as Citizens for Responsibility and Ethics in Washington, who have said he exemplifies a "pay-to-play" culture of Washington. The group says Murtha has steered defense projects to clients of KSA Consulting, a lobbying firm that until recently employed his brother Kit. Clients of the firm are generous with campaign contributions.

Hoyer claims considerable support from some liberals made uncomfortable by Murtha's opposition to abortion, gun control and changes to House ethics rules. He also is a leadership contact for many moderate "Blue Dog" Democrats.

Hoyer's backers say he has been an able lieutenant to Pelosi and has done nothing to disqualify himself from holding the same position in the majority.

He has been aggressive in lining up supporters, most of whom are sticking with him.

"One of the first things I learned around here is that when you give your commitment you honor it," said Rep. Rick Boucher, D-Va., a Hoyer supporter.

Amelia Mugavero The city of McAlester is the latest city to have protesters take to the streets and demanding changes in law enforcement. 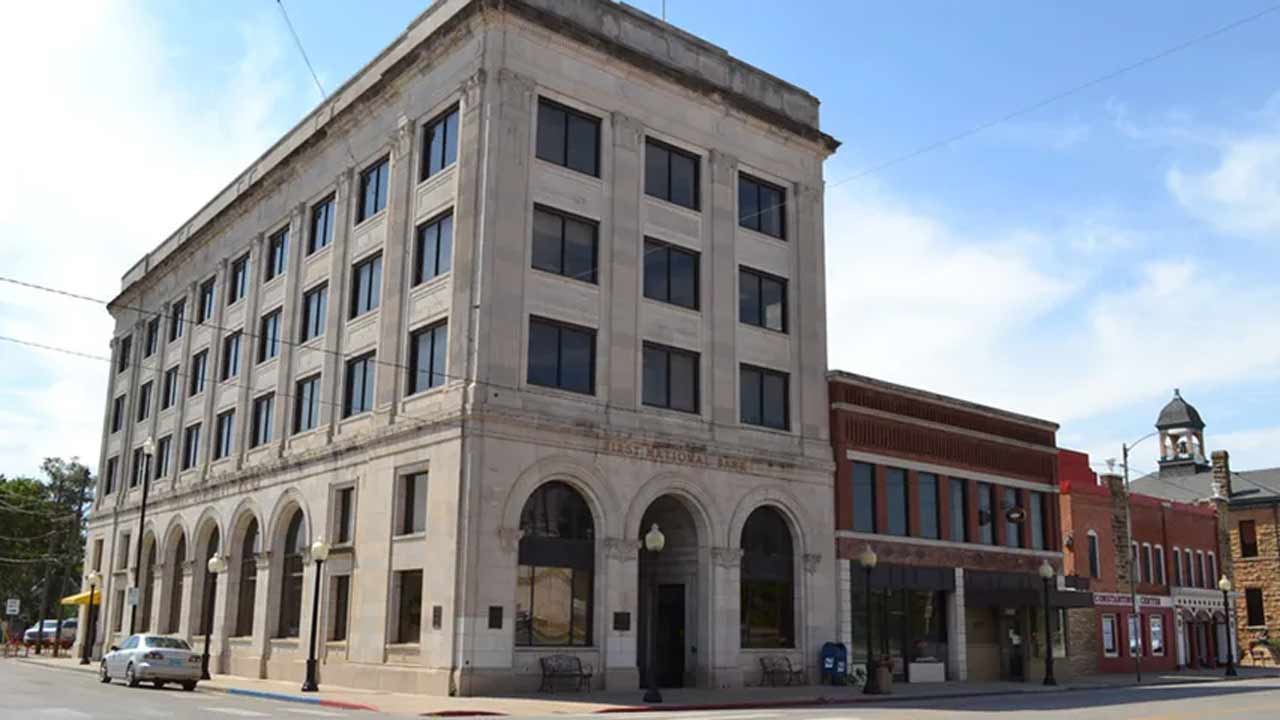 Amelia Mugavero The city of McAlester is the latest city to have protesters take to the streets and demanding changes in law enforcement.