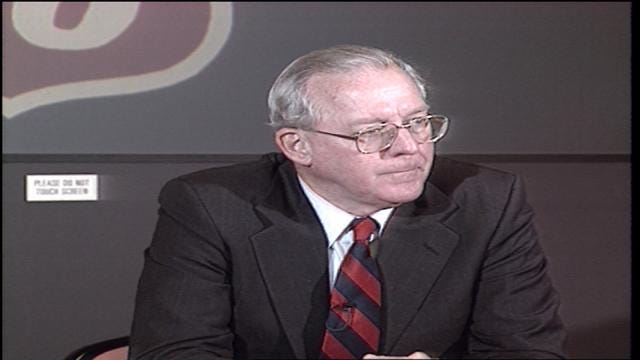 Silas graduated from Georgia Tech in 1953 and went work for the oil company as a petroleum engineer, rising through the ranks until he was elected chairman and chief executive officer in 1985 after serving three years as president of the Phillips.

Silas helped guide the oil company through the aftermath of two hostile takeover attempts by T. Boone Pickens and Carl Ichan before retiring in 1994.

From 1968 to 1976, Silas was assigned to the oil company's Europe-Africa area of activities, where he directed much of the development of the Ekofisk operations in the Norwegian North Sea.

Silas and his wife Theo were instrumental in the establishment of the OK Mozart Festival and the Price Tower Arts Center in Bartlesville. Silas also was past national chairman of Junior Achievement, the United States Chamber of Commerce, and the Boys and Girls Clubs of America.