GRAND ISLAND, Neb. (AP) _ President Bush celebrated Saddam Hussein's death sentence as a victory for ``Iraq's young democracy'' and U.S. security, highlighting Sunday's verdict in the last hours of an election campaign in which Republicans are suffering from public discontent with the Iraq war.

White House spokesman Tony Snow decried as ``absolutely crazy'' any notion that the end to Saddam's nine-month trial was timed to produce positive news on the divisive, unpopular war two days before Americans vote. The United States has always denied direct involvement in the trial, though suspicions persisted.

Snow didn't entirely set politics aside, asserting that U.S. voters ``ought to be heartened'' by the verdict and its broader implications about the progress the administration insists is evident in Iraq.

``This is getting the Iraqis to stand up on their own,'' Snow said. ``You can't have civil society without rule of law.''

Bush painted Saddam's conviction and sentence as vindication of the sacrifices made by American soldiers in Iraq. More than 2,800 members of the U.S. military have died since the U.S.-led invasion in March 2003.

``They've sacrificed for the security of the United States,'' said the president, who spoke to reporters for two minutes in Texas before flying to campaign appearances on behalf of newly in-peril Republicans in Nebraska and Kansas. ``Without their courage and skill, today's verdict would not have happened.''

With the verdict a chance to recall Saddam's December 2003 capture by U.S. troops in a hole in the ground _ still one of the high points of the war for Bush _ he repeated these points later during campaign visits to two of America's reddest states.

``Today we witnessed a landmark event in the history of Iraq,'' Bush said in western Nebraska, where he was trying to boost GOP state Sen. Adrian Smith in a tightened race against Democrat Scott Kleeb. Delivered in solid Bush Country, in an arena awash in red clothing, the president's Iraq lines earned the most sustained cheering of his speech.

``My decision to remove Saddam Hussein was the right decision and the world is better off for it,'' he said to raucous applause.

An Iraqi court convicted Saddam earlier Sunday and sentenced him to die by hanging for ordering the torture and murder of nearly 150 Shiites from the city of Dujail in 1982. Six subordinates were also found guilty of crimes against humanity, which came after what Saddam said was an assassination attempt against him.

Shiites rejoiced at the death sentence for the former dictator who terrorized their population. But Saddam's fellow Sunnis paraded through his hometown in protest. With sectarian violence already pushing Iraq to the brink of civil war, presidential counselor Dan Bartlett said Bush is confident U.S. forces and Iraqi soldiers were prepared to contain any spike in bloodshed.

Democrats _ hoping for large gains that could put them in control of the House and possibly the Senate _ moved quickly to both applaud the sentence and repeat their campaign-trail argument that Bush's leadership on Iraq has been a failure.

``The scope of that failure is not lessened by the results of Saddam's trial,'' House Minority Leader Nancy Pelosi, D-Calif., poised to become House speaker if Democrats wrest the majority from the GOP.

A history of Election Day disappointments and a constantly shifting pre-election landscape appeared to have Democrats a bit jittery. New York Sen. Charles Schumer, in charge of Democratic campaign efforts in the Senate, said, ``I don't think (Saddam's) conviction makes much of a difference in this election, even though it's a very good thing that happened.''

Other Republicans backed Bush's contention of the verdict as evidence of success in Iraq. ``The United States and the world are safer because Saddam Hussein sits on death row, not in a palace in Baghdad plotting to harm millions of innocent Americans and Iraqis,'' said House Majority Whip Roy Blunt, R-Mo.

But at least one Republican said the news must be viewed in the context of the difficult situation in Iraq.

``Saddam Hussein's trial is a step forward because it was a result of a legal system in operation, not a dictator in operation, so that's the good news,'' Sen. Lindsey Graham, R-S.C., said on CNN's ``Late Edition.'' ``But when you look at the institutions of government in Iraq, they're all under siege. ... We just need a strategy to provide better security to get this right.''

Bush called the verdict ``a milestone in the Iraqi people's efforts to replace the rule of a tyrant with the rule of law.''

``Today, the victims of this regime have received a measure of the justice which many thought would never come,'' the president said.

He emphasized that Saddam was extended rights of due process and appeal ``that he denied the Iraqi people.''

``Iraq has a lot of work ahead as it builds its society that delivers equal justice and protects all its citizens,'' Bush said. ``Yet history will record today's judgment as an important achievement on the path to a free and just and unified society.'' 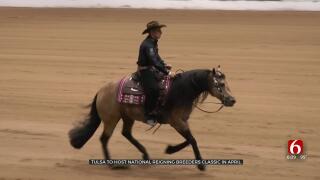 News On 6 Tulsa will be the new host for the National Reining Breeders Classic horse show, after it spent more than 20 years in Texas. 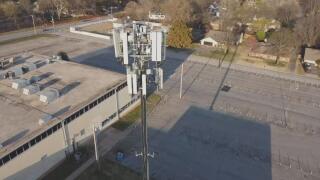 News On 6 A South Tulsa neighborhood pushed back when new 5G cell phone poles appeared along the streets. 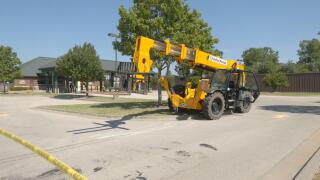 Brooke Griffin Bixby Police are looking for the person who stole a piece of heavy equipment, then used it to steal an ATM at the TTCU Federal Credit Union nearby. 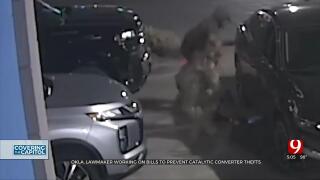 Colby Thelen The theft for catalytic converters has increased nearly 2,000 percent in Oklahoma since 2019. The Sooner State is among 36 others which passed legislation in order to curb the problem. 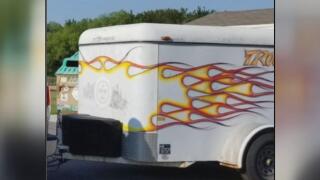 Jordan Tidwell A Glenpool Boy Scout Troop is out $5,000 after someone stole their trailer filled with equipment. 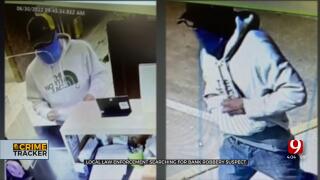