The Johnny Cash biography, ``Walk the Line,'' considered a likely best picture nominee, was shut out, though Joaquin Phoenix and Reese Witherspoon earned acting nominations for the film.

Three films were tied with six nominations each, ``Crash,'' ``Good Night, and Good Luck'' and ``Memoirs of a Geisha,'' though ``Geisha'' was shut out in the top categories.

``Munich,'' which had fallen off many awards analysts' best-picture picks after a lukewarm reception, scored well with five nominations, including director for Steven Spielberg. ``King Kong,'' directed by ``Lord of the Rings'' creator Peter Jackson, earned only technical nominations, losing out in the major categories.

George Clooney picked up three nominations: as supporting actor for his role as a steadfast CIA undercover agent in ``Syriana'' and best director and co-writer for his Edward R. Murrow tale ``Good Night, and Good Luck.''

The acting categories were a mix of familiar Oscar faces such as past winners Judi Dench and Charlize Theron, veterans like Clooney, Witherspoon, Rachel Weisz, David Strathairn and Felicity Huffman gaining their first academy attention, and young performers such as Williams and Amy Adams.

Philip Seymour Hoffman, the best-actor favorite for his remarkable impersonation of author Truman Capote in ``Capote,'' joined Ledger in the best-actor category. Hoffman has triumphed at earlier film honors, including the Golden Globes.

Along with Hoffman, Ledger and Phoenix, the other nominees were Terrence Howard as a small-time hood turned rap singer in ``Hustle & Flow'' and Strathairn as newsman Murrow in ``Good Night, and Good Luck.''

The best-actress race presumably will shape up as a two-woman contest between Huffman in a gender-bending role as a man about to undergo sex-change surgery in ``Transamerica'' and Witherspoon as singer June Carter, Cash's musical companion and future wife, in ``Walk the Line.''

Also nominated for the best-actress Oscar were Dench as a society dame who starts a nude stage revue in 1930s London in ``Mrs. Henderson Presents''; Keira Knightley as the romantic heroine of the Jane Austen adaptation ``Pride & Prejudice''; Charlize Theron as a mine worker who leads a sexual-harassment lawsuit against male co-workers in ``North Country.''

``Brokeback Mountain'' led a wave of lower-budgeted independent films that scored big in the nominations, instead of the studio fare that normally dominates the Oscars. Other than ``Munich,'' most bigger budget movies that had been on the best-picture radar, such as ``Walk the Line,'' ``Memoirs of a Geisha'' and ``Cinderella Man,'' were overlooked in the top Oscar category.

The year's biggest hit, ``Star Wars: Episode III _ Revenge of the Sith,'' earned only one nomination (for makeup_ but was shut out otherwise _ including the visual effects category, a blow to George Lucas and his Industrial Light & Magic outfit that has pioneered special effects. The visual effects nominees were ``The Chronicles of Narnia: The Lion, The Witch and The Wardrobe,'' ``King Kong,'' and Spielberg's ``War of the Worlds.''

With key prizes at earlier Hollywood honors under its belt, ``Brokeback Mountain'' heads into the March 5 awards as the best-picture front-runner, potentially the first film with explicit homosexual themes to claim the grand prize at the Oscars.

The film stars Ledger and Gyllenhaal as Western roughnecks who share a summer of love while tending sheep together in the 1960s, then carry on a lifelong romance they conceal from their families. Williams co-stars as Ledger's wife, who overlooks her husband's affair to try to hold her family together.

Weisz, playing a humanitarian-aid worker in ``The Constant Gardener,'' won the supporting-actress prize at the Golden Globes and SAG awards, giving her the inside track for the same honor at the Oscars.

Along with Weisz and Williams, supporting-actress nominations went to newcomer Adams as a big-hearted Southern waif in ``Junebug''; Catherine Keener as ``To Kill a Mockingbird'' author Harper Lee in ``Capote''; and Frances McDormand as a miner coping with debilitating disease in ``North Country.''

Besides Gyllenhaal and Clooney as a bullheaded CIA agent in ``Syriana,'' nominees for supporting actor were Matt Dillon as a racist cop in ``Crash''; Paul Giamatti as boxer Braddock's manager in ``Cinderella Man''; and William Hurt as a ruthless mobster in ``A History of Violence.''

Hurt was a bit of surprise since he only appears for a few minutes at the end of the film in scene-stealing role.

Lee, who won the Directors Guild of America honor Saturday for ``Brokeback Mountain,'' is the clear favorite to win the best-director Oscar.

Along with him, Spielberg and Clooney, other directing nominees were Paul Haggis for ``Crash'' and Bennett Miller for ``Capote.''

``Brokeback Mountain'' has earned top honors from many earlier Hollywood awards, among them the Golden Globes, the Directors Guild of America and key critics groups. A best-picture win would make it the first film with explicit homosexual themes to claim the grand prize at the Oscars.

The Screen Actors Guild Awards on Sunday threw up a potential roadblock for ``Brokeback Mountain,'' which was shut out for the ceremony's five acting awards. ``Brokeback Mountain'' had been viewed as a likely winner of the guild's award for overall cast performance, a prize that went to ``Crash'' instead.

But while the cast award is the guild's equivalent of a best-picture honor, six of the previous 10 SAG winners failed to take the top prize come Oscar night, including ``Sideways'' last year.

Oscar nominees in most categories are chosen by specific branches of the Academy of Motion Picture Arts and Sciences, such as directors, actors and writers. The full academy membership of about 5,800 is eligible to vote in all categories for the Oscars themselves.

ABC will broadcast the Oscars live March 5 from Hollywood's Kodak Theatre, with Jon Stewart as host.

Filmmaker Robert Altman, who has been nominated five times for best director but has never won, will receive an honorary Oscar for a career that includes such films as ``M-A-S-H,'' ``Nashville,'' ``The Player'' and ``Gosford Park.'' 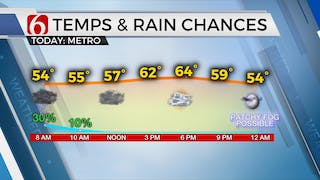 Alan Crone The slow-moving upper level low, partly responsible for our wet and cool weather will finally move far enough east today taking the showers away from our area. 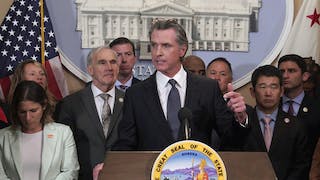 States Divided On Gun Control, Even As Mass Shootings Rise

Associated Press Aside from several Democratic-controlled states, the majority have taken no action on gun control in recent years or have moved aggressively to expand gun rights. 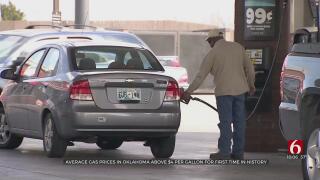 McKenzie Gladney The average cost for a gallon of gas is more than $4 for the time ever in Oklahoma. News On 6's McKenzie Gladney was live at 9 and 10 with how these prices are affecting Tulsans. 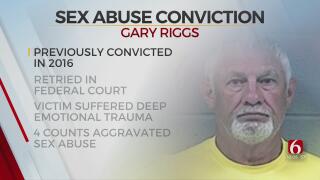 News On 6 A Claremore man previously sentenced to life in prison without parol for raping a 13-year-old girl he knew has now been convicted in federal court. Gary Riggs abused the girl between 2014 and 2015. 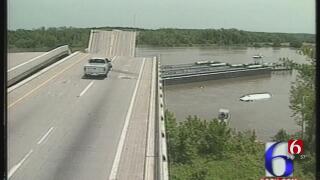 News On 6 May 26 marks 20 years since a tugboat hauling two barges slammed into the Interstate 40 (I-40) bridge over the Arkansas River. The bridge collapse and the nearby town of Webbers Falls were the focus of international news coverage over that Memorial Day weekend.
View More Stories