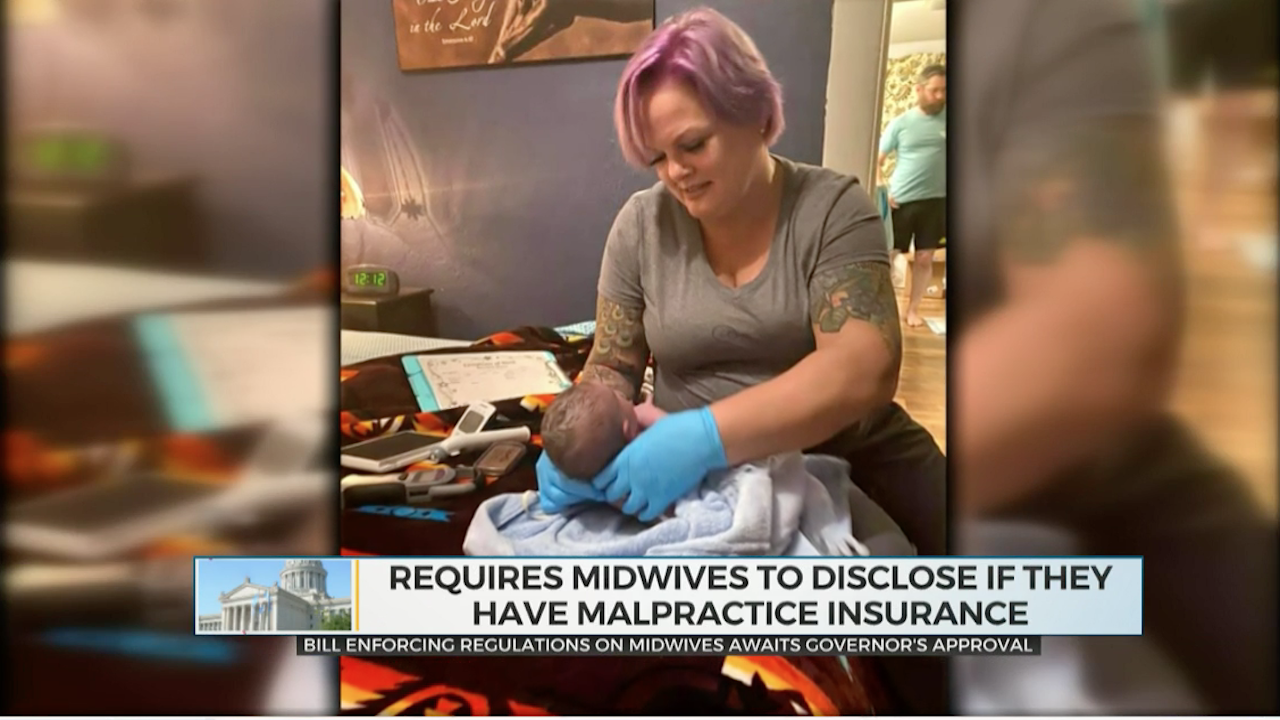 Midwives could be facing tighter restrictions in Oklahoma.

A bill is heading to the Governor's desk after lawmakers approved it.

The Oklahoma City mom pushing for SB1823, Lecye Doolen, has an emotional story of losing her son Shepherd in what she calls a "botched" home birth. That's when she found out there was no license for midwives in Oklahoma.

Doolen along with Senator Brenda Stanley and Representative Cynthia Roe worked on the new bill. It requires a midwife with one of the common national certifications to also have a state license. A midwife without a license would have to tell mothers they don't have one.

The bill also requires any midwife to disclose whether they carry malpractice insurance and provide a consent document with information on the midwife's plan for emergencies.

"I wanted to make sure other women had the ability to a find out if their midwife was truly qualified, and so we went about trying to create legislation that would introduce regulation to our midwives," said Doolen.

Sen. Stanley said this is also something midwife groups want as well.

"Midwives want to be licensed, they want regulation," said Sen. Stanley. "They want to be taken seriously in their profession, and they want to do a good job. So that was very exciting for me to see that they jumped on board."

Doolen said now more than ever this is essential legislation.

"We believe in 2020 there could be a baby boom as a result of COVID-19 so we all believed this was essential legislation to protect Oklahoma women and mothers that are going to be making decisions to where they want to birth," said Doolen.