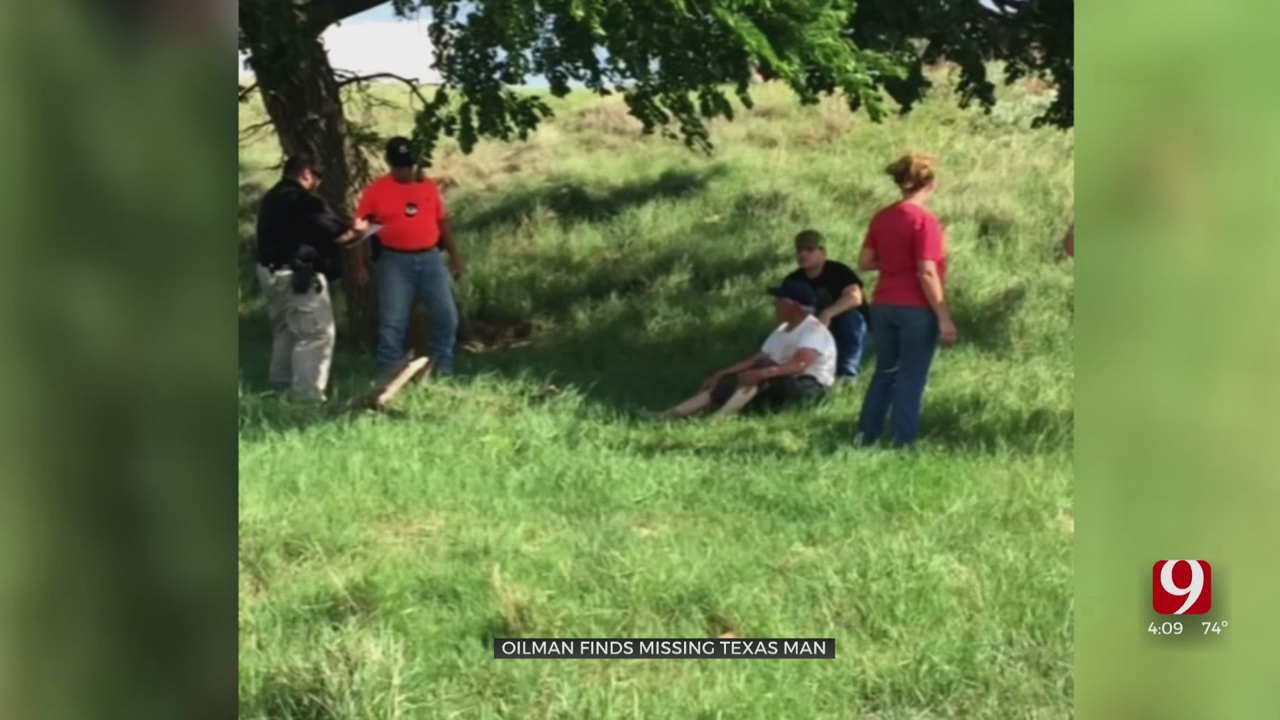 A family in Texas is thankful for the instincts of a former police officer turned oil field worker in Kingfisher County.

He spotted an abandon vehicle which sparked a search for a missing man.

Deputies in Kingfisher County were able to find a man missing from Texas who suffers from dementia.

“It just looked out of place,” said Richard Staton, who first spotted the vehicle.

Staton is a former police officer for Kingfisher and called his old friends at dispatch to run the tag on the vehicle.

The SUV belonged to a man from the Fort Worth, Texas, area who had been reported missing two days earlier by his family.

After about four hours of searching rough terrain under the hot sun, the man was found safe under a tree.

The 82-year-old's family was able to bring him home.

“They broke down crying and rain to me and gave me a hug and said ‘Thank you,’” said Kingfisher County deputy Brad Logan.

The man was dehydrated and confused, but should be OK, according to deputies.