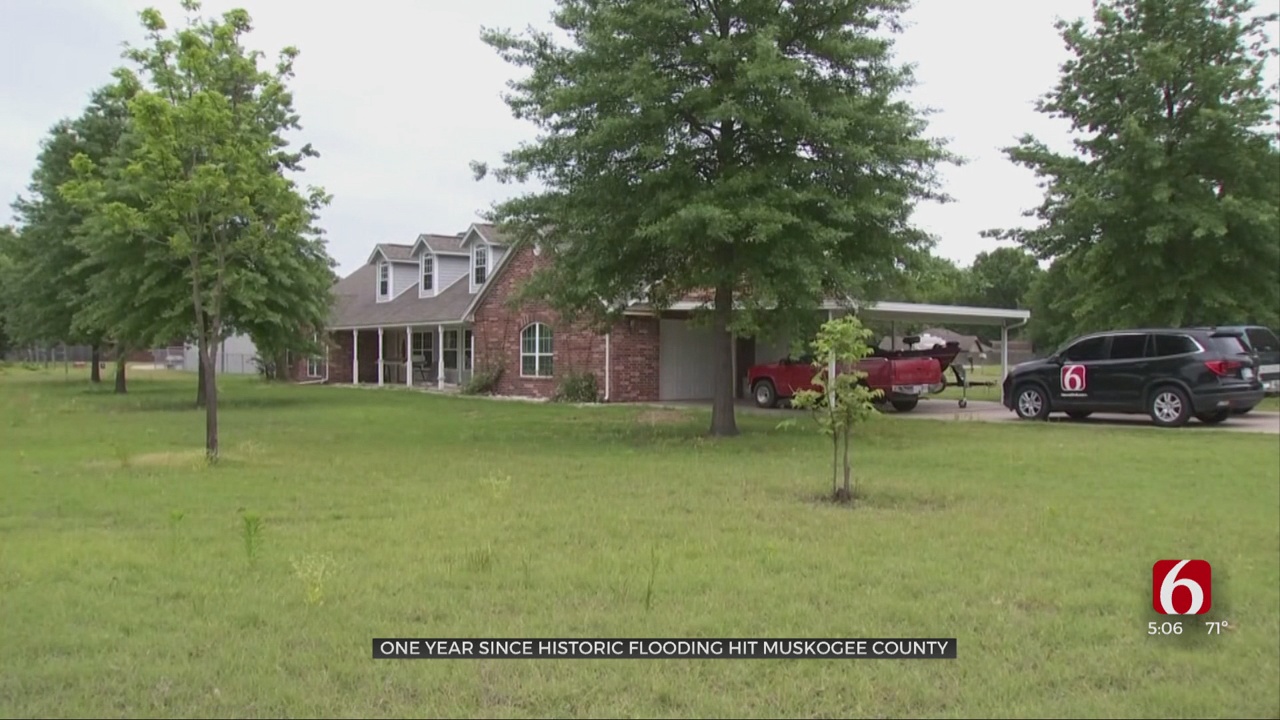 FORT GIBSON, Okla. - It's been one year since historic flooding devastated parts of Green Country.

One of the hardest hit areas was in Muskogee County and some homeowners and businesses are still recovering.

Inside Mike and Diane Ogle’s home in the Donkey Lane neighborhood in Fort Gibson, there are signs of progress everywhere.

Their bathrooms are still getting work done they are waiting on final touches to be made in the kitchen.

"The countertops,” Diane said. “They're supposed to come soon, I hope, and measure."

The virus slowed down some of their work but is not stopping their dream of fixing up the home they have lived in for nearly 20 years.

"That's just life. And there's other people around here that's got it worse. That's when you think about them,” Mike said.

Mike gave countless boat rides last year to people in the neighborhood, many going to and from Braggs. He was focused on helping others while his house was flooded with rainwater.

Just a couple miles away Fajita Rita's, the restaurant is open again after closing for COVID-19. The owners are also surviving the impacts of the virus, and the flood.

"What else? I'm here with a big umbrella -- what's going to happen next?” Owner Maria Corral said.

Maria said like many others in town, she and her husband Rene had to replace everything inside.

"What don't kill you, makes you stronger,” Mike said.

Mike said the kids have put in thousands of hours since.

"When the weather got hot, they'd bring popsicles or candy bars and water, and they'd pull up,” Mike said. “All the kids would run out and get them a popsicle. take a break and then here we go again. It was…”

“It was amazing,” Diane said, finishing his sentence.