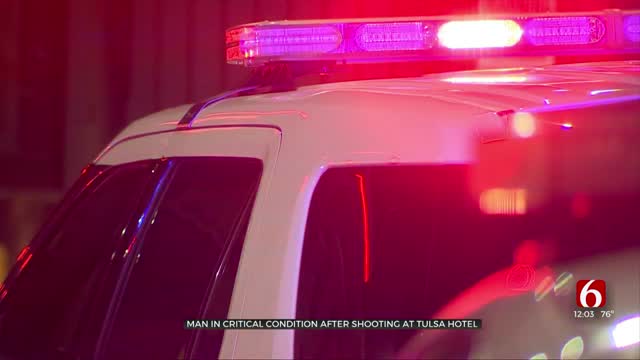 Tulsa Police say a man is in the hospital after he was shot in the head by his girlfriend who, police said, confronted him at a hotel about cheating.

Police say they thought the victim fell and hit his head.

When he got to the hospital, x-rays showed he was shot in the head.

Police say they were called to the Extended Stay Motel near 31st and Memorial to invesigate a shooting.

They say they learned Sha-Lisa Harlin had come to the motel with a gun because she believed her boyfriend was cheating on her.

Police say Harlin pointed a gun at two different women who were with her boyfriend at the motel.

Officers say when the boyfriend tried to intervene and grab the gun, it went off twice.

They say the victim thought he had just hit his head when he fell, but when he was taken to the hospital they learned he had actually been shot.

He is now in serious condition.