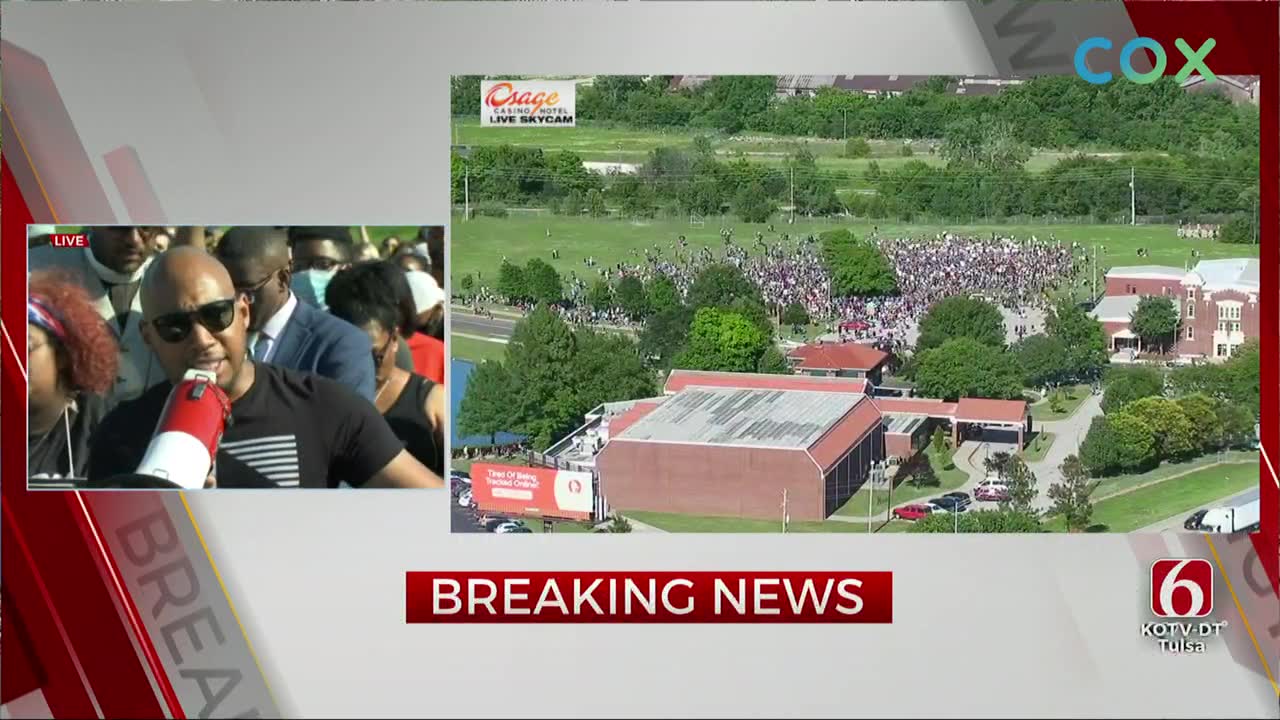 Tulsans gathered Sunday in the Greenwood District for a Black Lives Matter rally on the anniversary of the Tulsa Race Massacre.

The rally was held in response to the death of George Floyd in Minneapolis.

Attendees held signs and some stated they want peace, solidarity and to make their voices heard.

Those attending the rally said they want it to be peaceful, and they want to share their message.