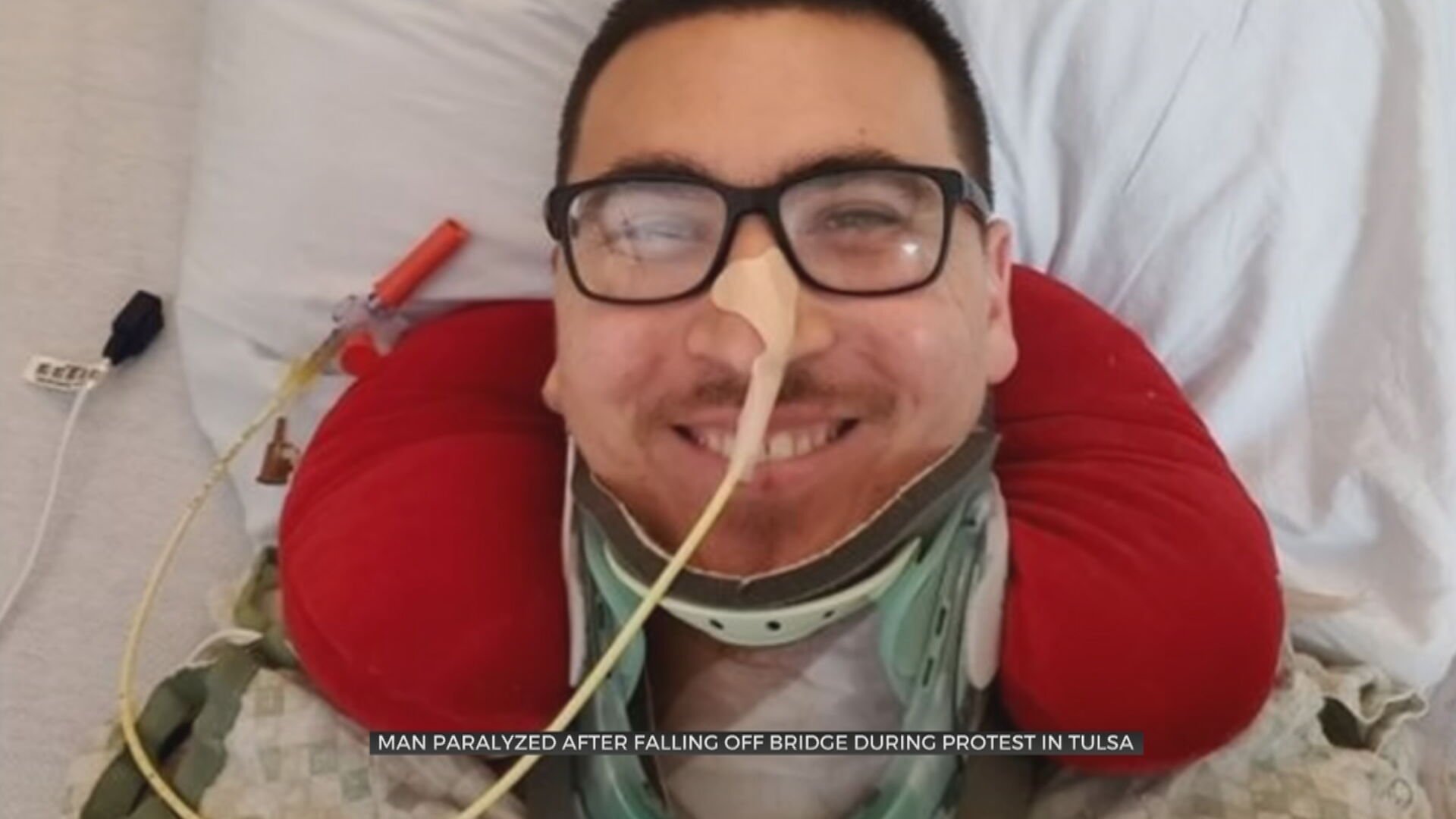 A Tulsa man who fell off a bridge during a Black Lives Matter protest is paralyzed and still in the hospital, but now able to speak to his family.

Ryan Knight's brother Randy said the past 10 days have been beyond emotional for his family, but he said support from the community is getting them through.

Randy Knight and his younger brother Ryan and a few other family members marched through downtown Tulsa two Sundays ago.

Randy said his family is Native American and they wanted to show solidarity.

"Making sure we're lending our voice and support where we can," said Randy.

Randy said the protest was empowering, and when people began marching on the I-244 overpass, he thought police had blocked it off for them.

"It looked like it was shut down for us we got up there were barriers, policemen," said Randy.

In the midst of everything, he said Ryan fell off the bridge.

"It's just a tsunami of force. You can't get out of," he said. "His first words were, 'I can't breathe, I'm suffocating."

Ryan suffered a fractured pelvis and shoulder and is paralyzed from the waist down.

Randy said Ryan is a father of five with a loving girlfriend and describes him as adventurous, funny, and his hero.

"There are good days and bad days," said Randy. "It didn't happen to me but that doesn't stop the flood of emotions."

Randy said the only thing getting them through is prayer and positive messages from people across the country.

He said his family will continue to fight for the cause even after all of this.

"It is difficult, but the outpouring of love and support has been overwhelming."

Ryan is expected to move to a rehab facility soon.

Here’s a link to the family’s GoFundMe page.