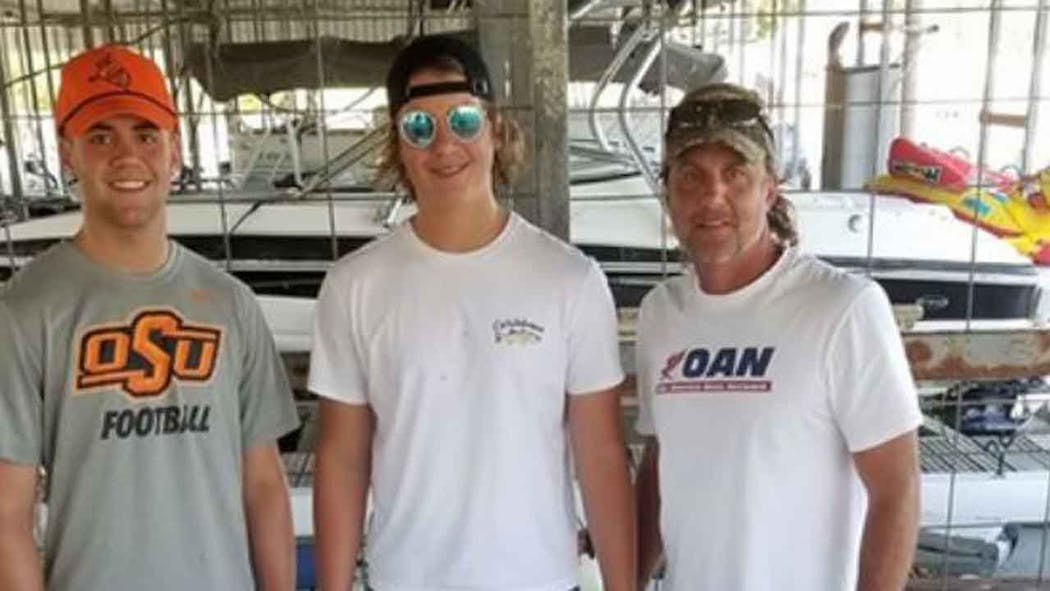 Oklahoma State head football coach Mike Gundy took to Twitter Tuesday to share an apology video after backlash over a photo of him wearing a OAN t-shirt.

In the video, Gundy said he held a meeting with his team in which they helped him see "how the t-shirt affected their hearts."

"Once I learned how that network felt about Black Lives Matter, I was disgusted and knew it was completely unacceptable," Gundy said.

The backlash started after OSU running back Chuba Hubbard retweeted the photo to say it was insensitive and made a comment that he would boycott if things didn't change.

Since then a video was also shared with Hubbard and Gundy coming to terms with the situation.