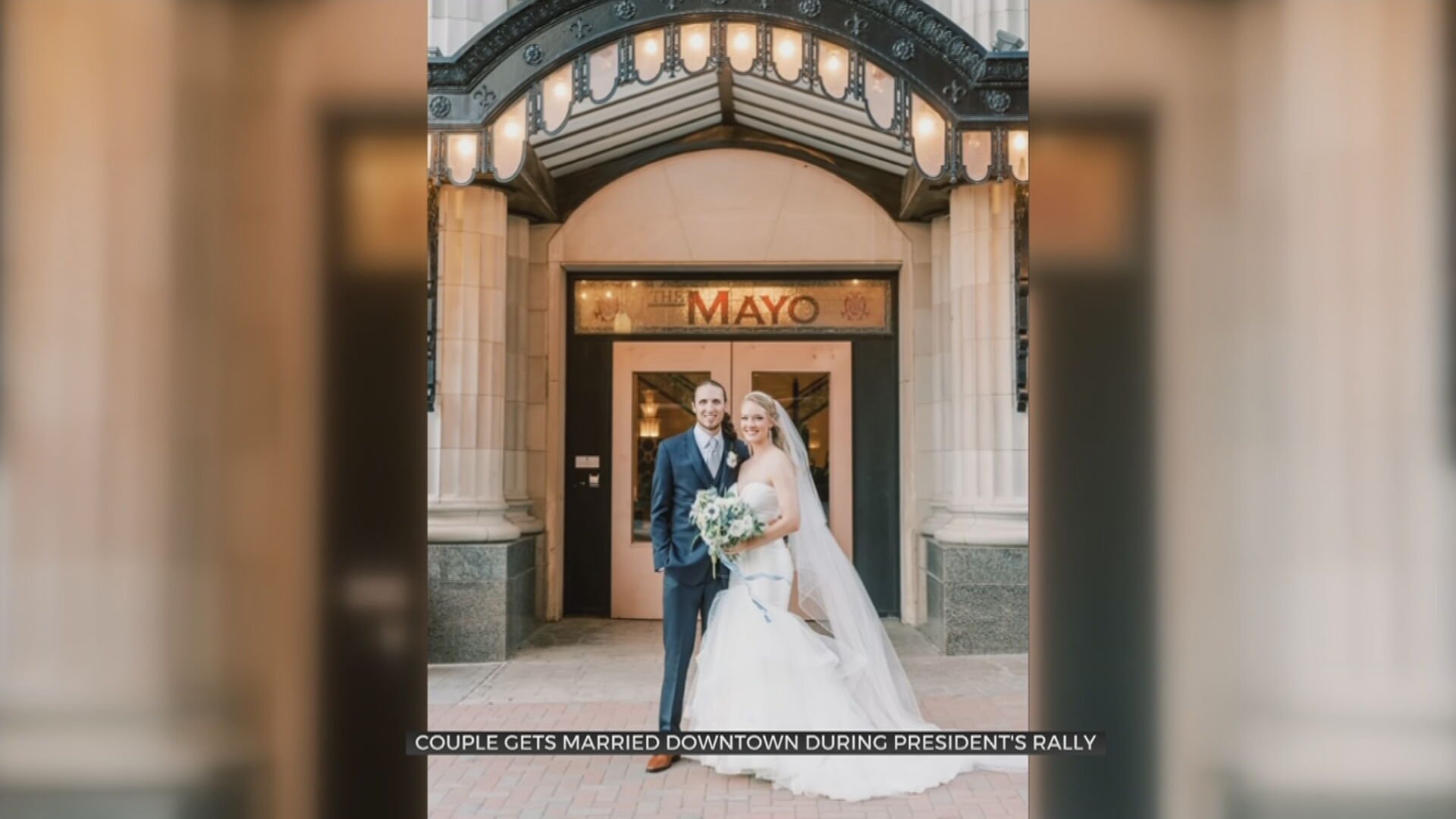 Saturday was a historic day for Tulsa between the president and vice president visiting, Juneteenth commemorations, and protests in downtown - It was also one couple's wedding day.

June 20, 2020 was an unforgettable day in Tulsa's history. The streets of downtown Tulsa were packed with thousands of people. In the middle of the crowds, downtown was also a day Christopher and Jennifer Mangiameli will never forget. Saturday was their wedding day.

"Nothing is going to stop us from getting married," said Christopher Mangiameli, the groom.

Several protesters took to the streets of downtown and the president’s rally was also taking place.

"We have had it planned for 18 months and it seemed like one obstacle kept popping up as soon as we passed another one," said Mangiameli. "We just kind of came to a point where we're like, 'You know what? No matter what it is, we are still going to go forward with it.’"

The streets of downtown might have been filled with thousands of people, but it’s where Christopher and Jennifer's story began.

"Tulsa is where I met my fiancé," said Mangiameli.

So, they took their wedding photos while sharing the sidewalk with police, National Guardsmen, Secret Service, rally goers and protestors, then stepped into the Holy Family Cathedral to get married.

"I kind of like the fact that all of this is going on because it is a story. I can tell my children when they get older. Anybody that asks how I got married, I can tell them everything that happened and here we are," said Christopher.