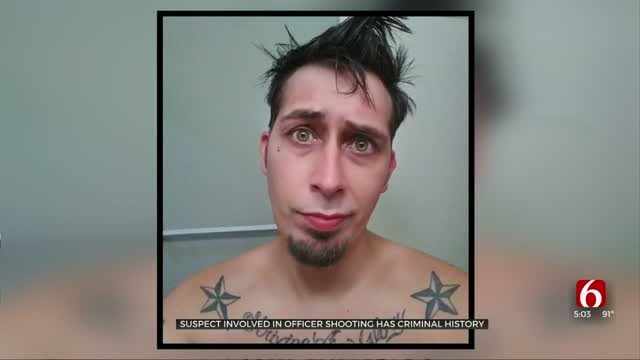 On Monday, the Tulsa District Attorney charged David Ware with two counts of shooting with intent to kill and having a gun as a felony.

Ware is back in the Tulsa County Jail, and this time, he's facing two counts of shooting with intent to kill and having a gun as a former convicted felon, a charge U.S. Attorney Trent Shores said it a serious offense.

Ware's Facebook page said he graduated from Union Public Schools in 2006 and court records show it wasn't long after that his criminal history started.

Three prior felony conviction sent Ware to prison in 2009. Ware was sentence to four years deferred sentence for placing bodily fluids on a government employee. Then he served 19 months for a second-degree burglary charge. After serving his time on those charges he was back in front of a judge in 2015 for misdemeanor drug charges and again in 2017 for carrying a concealed weapon. He got deferred sentences for both of those.

"At some point this is case is going to come to my office and we'll deal with it. We've already filed criminal charges. I hope we don't have to upgrade them," said Tulsa County District Attorney Steve Kunzweiler.

Ware is facing not only those state charges, but possible federal charges as well. ​

“We will coordinate with District Attorney Kunzweiler in the prosecution of this case. We will look to the state charges that will be filed first and any federal charges if any will be filed second," said Shores.