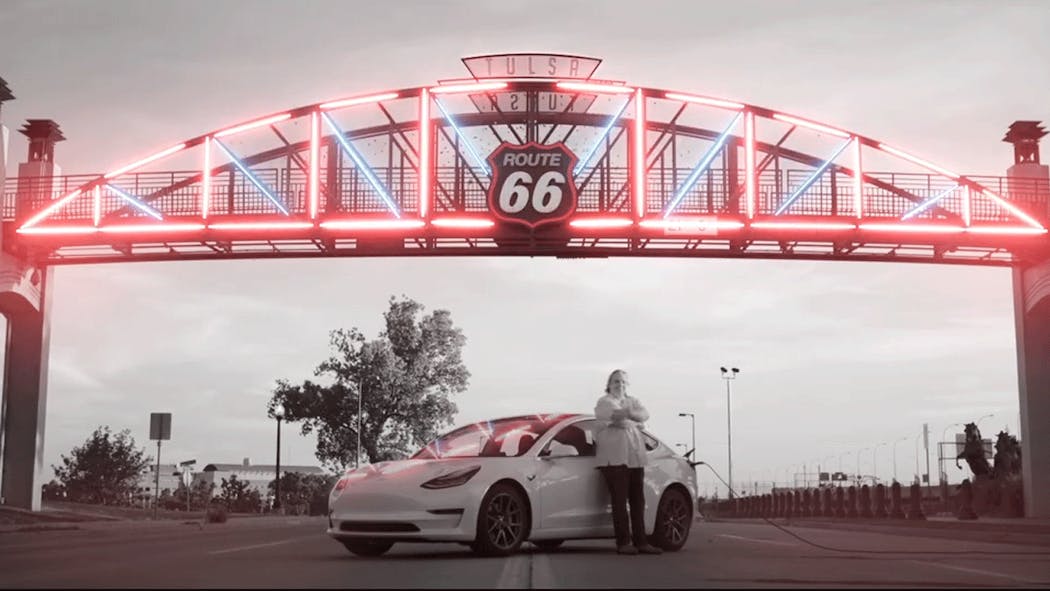 The Route 66 Alliance is launching a new effort to woo Tesla's into coming to Tulsa, an important stop on the historic Route 66 highway.

Its new video 'Tulsa + Tesla' takes viewers on a journey that showcases the city's history as an energy hub and Tulsa landmarks.

The video ties Tesla's innovative energy to Tulsa's adaptive ability to transform from the Oil Capital of the World into a city that embraces new kinds of energy.

If the narrator, Michael Willis, sounds familiar, it's because he voiced the Sheriff in the Pixar movie "Cars." Willis is also from Tulsa and an expert on Route 66.

Elon Musk also responded to an effort by Governor Stitt over Twitter to engage with Tesla.