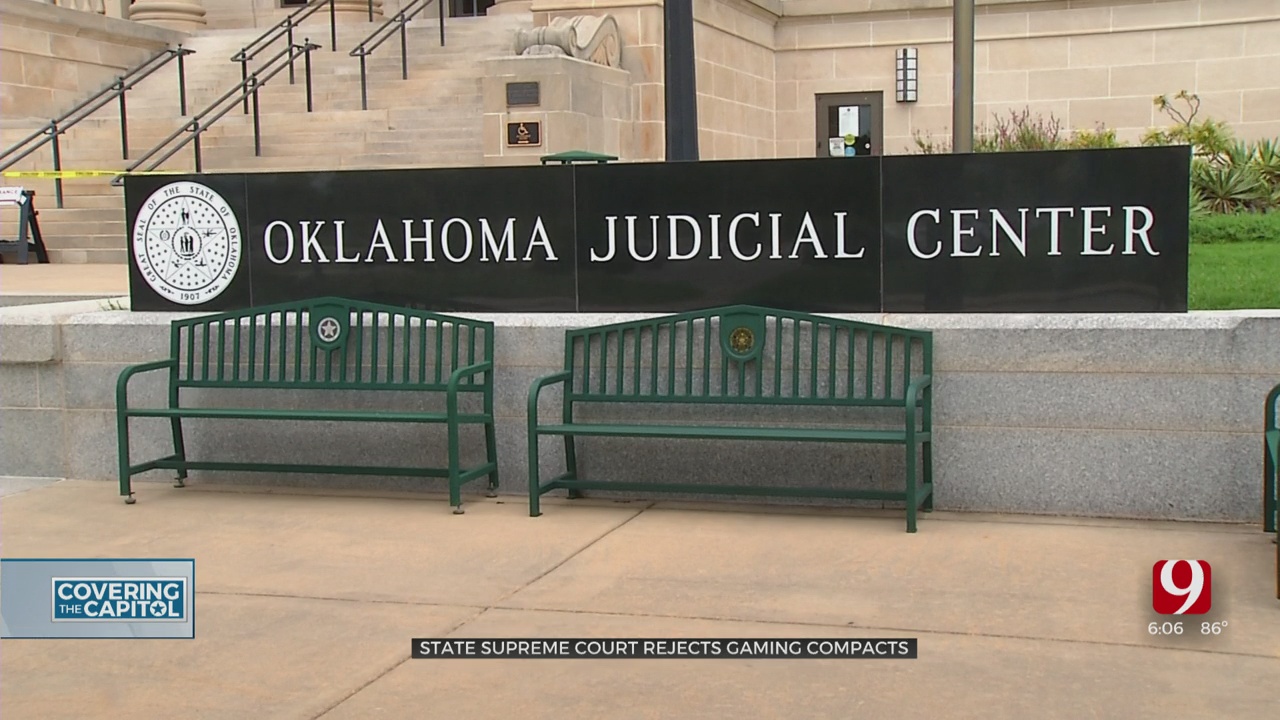 Stitt entered into two tribal gaming compacts with the Comanche Nation and the Otoe-Missouria Tribes earlier this year.

State lawmakers said Stitt did not the authority to bind the state to new tribal gaming compacts.

The court concluded Stitt exceeded his authority in entering into the tribal gaming compacts.

Until the state Legislature enacts laws to allow the specific Class III gaming at issue, the State of Oklahoma is not and cannot be legally bound by those compacts.

Stitt released the following statement Tuesday evening after the ruling was announced:

"The Supreme Court decision highlights an apparent conflict between the federal law and our state laws. Oklahoma must address the entire gaming framework to ensure that all federally recognized Tribes can legally game and enjoy all the privileges conferred by IGRA. Together with the McGirt decision, it’s clear that the State has significant work to do - in partnership with the Tribes - to resolve these matters. I look forward to doing the hard work for the benefit of all Oklahomans, and to ensure a sustainable future for our State."

“Our compact is legal under federal law and is a matter of our tribal sovereignty. We intend to continue operating under the terms of the compact outside of offering games not currently authorized by state law. Our compact is legal and we are prepared to legally invoke the compact’s severability clause if necessary."

“The Oklahoma Supreme Court doesn’t have jurisdiction to invalidate our compact when state and federal law dictates that our compact is legal. We have said all along we do not plan to offer house-banked card and table games and event wagering until they are authorized by state law. Indeed, this condition was part of the compact, and it was unfortunately overlooked by the Court. We will continue to operate under the remaining terms of our compact pursuant to the severability clause of the compact, and we will refrain from operating any game that is not authorized under state law.”

“We appreciate the speed with which the Oklahoma Supreme Court acted on the Pro Tem and Speaker’s petition in this important matter.

"Today’s decision confirms what the Tribes have been saying since Governor Stitt first launched his go-it-alone drive to rewrite our compacts. We believe firmly that the State-Tribal relationship works best when we each act within the roles we have under the law.”

“The Supreme Court affirmed what my office has opined, and the pro tem of the Senate and the speaker of the House of Representatives have argued all along, the governor lacks the authority to enter into and bind the state to compacts with Indian tribes that authorize gaming activity prohibited by state law. We applaud today’s ruling and appreciate the court for carefully looking at this and coming to an apt conclusion. We hope this settles and advances the resolution of gaming compact negotiations.”

Treat released the following statement after the ruling:

“This ruling confirms what we have maintained all along: There are parameters defined by statute that must be followed in the negotiation of and entering into tribal gaming compacts. This has always been about preserving the separation of powers among the legislative, judicial and executive branches of government. When one branch of government acts outside of its authority, the other branches must take steps to restore the balance of power. This is a victory for the rule of law and preserves the foundational principle of checks and balances upon which our government is based.”

McCall also released a statement after the ruling:

“We appreciate the court’s quick decision and look forward to all parties proceeding in a mutually beneficial manner for Oklahoma and all sovereign tribal nations. From the start, this was about separation of powers, and the Supreme Court affirmed as much with a decisive ruling. Oklahoma and its tribal nations can move forward from this together as partners, as we have done for decades with great success.”