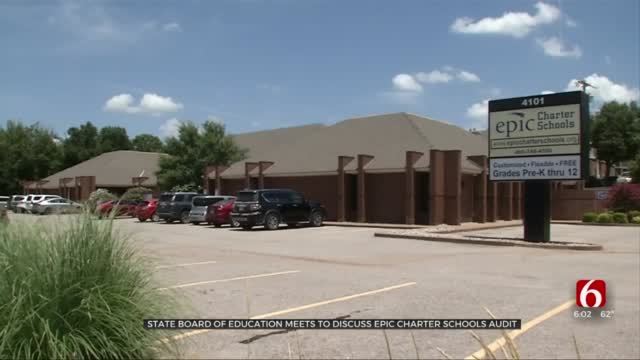 The State Board of Education voted that Epic Charter Schools must return $11.2 million to the state during a special meeting on the district’s audit Monday.

The board said the charter school has 60 days to pay that amount to the state treasury. A member of the state auditor’s office walked the board through the audit page-by-page during the meeting.

Besides money owed to the state, a key point in the audit noted that several Epic employees from Oklahoma were used to help start charter schools in California.

“Do you know if Oklahoma state statue allows for Epic Public Schools allow for their employees to do work out of state? And that goes for any school,” board member Kurt Bollenbach said.

Some Parents ‘Shocked’ By State Audit Of Epic Charter Schools