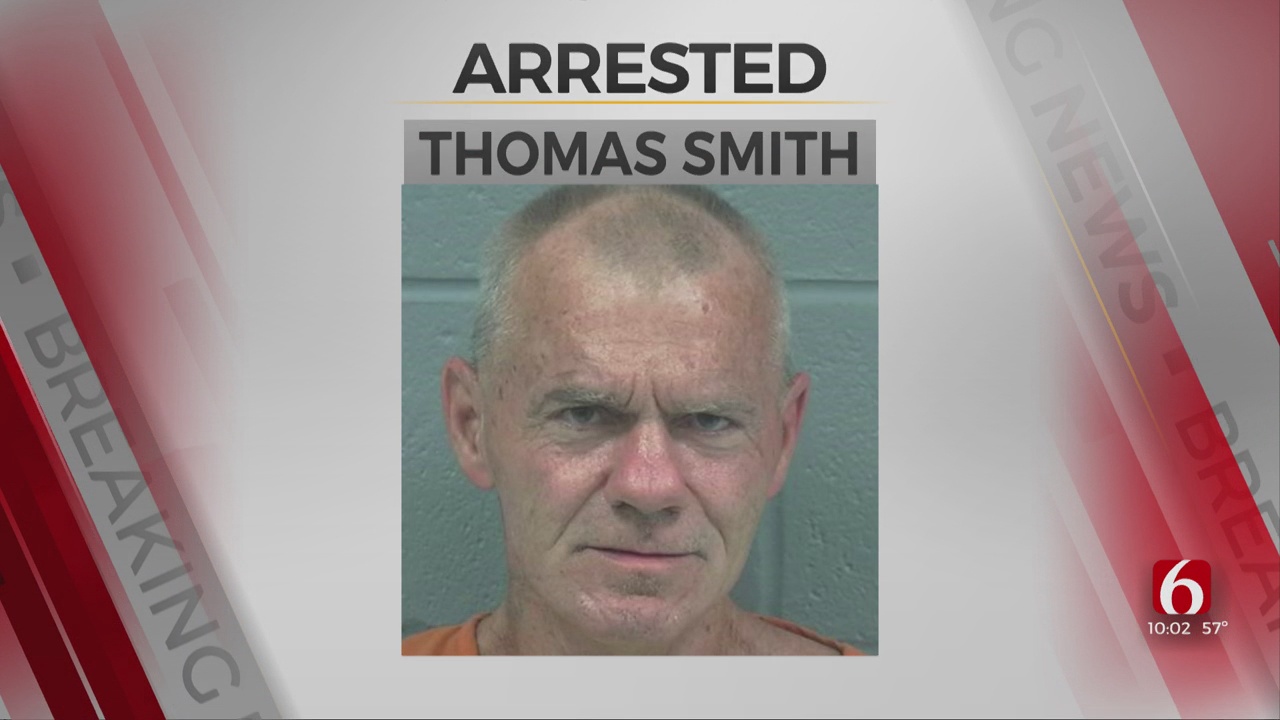 Rogers County Deputies said they were searching for 57-year-old Thomas John Smith for burglary when they found and arrested him under a bridge near 6th and Willow on Thursday.

They said he had what looked like an explosive device with him.

"He is from this area, he did do an extensive period of time in prison for second-degree murder and had gotten out a few years back and has been up here just terrorizing the community," Sergeant Wes Jones said. "Really just not someone who needs to be free and about in a community."

DOC records show Smith went to prison in 1989 for murder and arson before he was released in 2011. Deputies said they think Smith is linked to a number of crimes in the area.