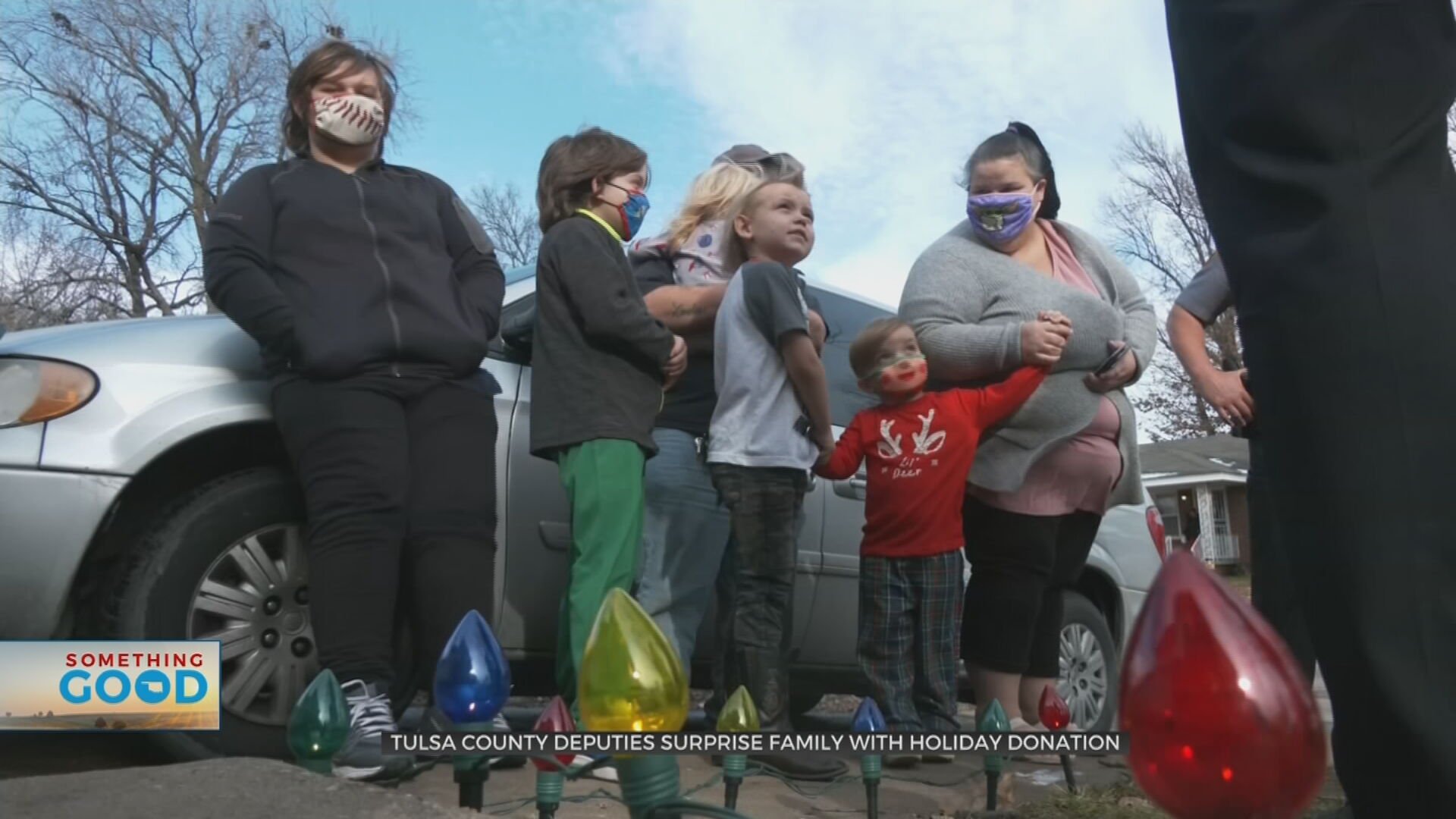 A Tulsa family of seven who have had a rough year are getting a boost from deputies, just in time for Christmas.

The sheriff's office gave them hundreds of dollars in gift cards. The mom of five young boys said one of her sons just had skull surgery and they're struggling financially.

It's been a tough year for the Thompson family: navigating COVID-19, virtual learning, and doctors' appointments for five young boys.

Tulsa County Deputy Chris Cherry knows the family and said the boys love law enforcement, so he felt called to nominate the family for help.

"Every holiday, we ask deputies to make sure they can identify a family in need," said Sheriff Vic Regalado.

Sheriff Regalado hopped in his vehicle followed by a caravan of deputies and lit-up cars, with a special surprise to share with the Thompson family.

"To ease the burden a little bit during Christmas time we would like to present you with 500 dollars," the Sheriff said.

Starla and David Thompson have five boys ages two to 13. Just two weeks ago, little four-year-old Evan had to get skull surgery.

"Evan just had skull depression surgery, so we've been without wages because of his surgery," Thompson said.

"Now more than ever, the financial burden can be crushing, so if this can lighten the load, we're happy," said Sheriff Regalado.

Thompson said it's been an exhausting and difficult year, and she can't express what a huge deal this is for her family.

"I'm over the moon excited about it. It's the magic of Christmas, it's a Christmas miracle,” Thompson said.

The sheriff's office also gave out gift cards to other people in need and will give out toys next week. All their gift cards are from an anonymous donor.