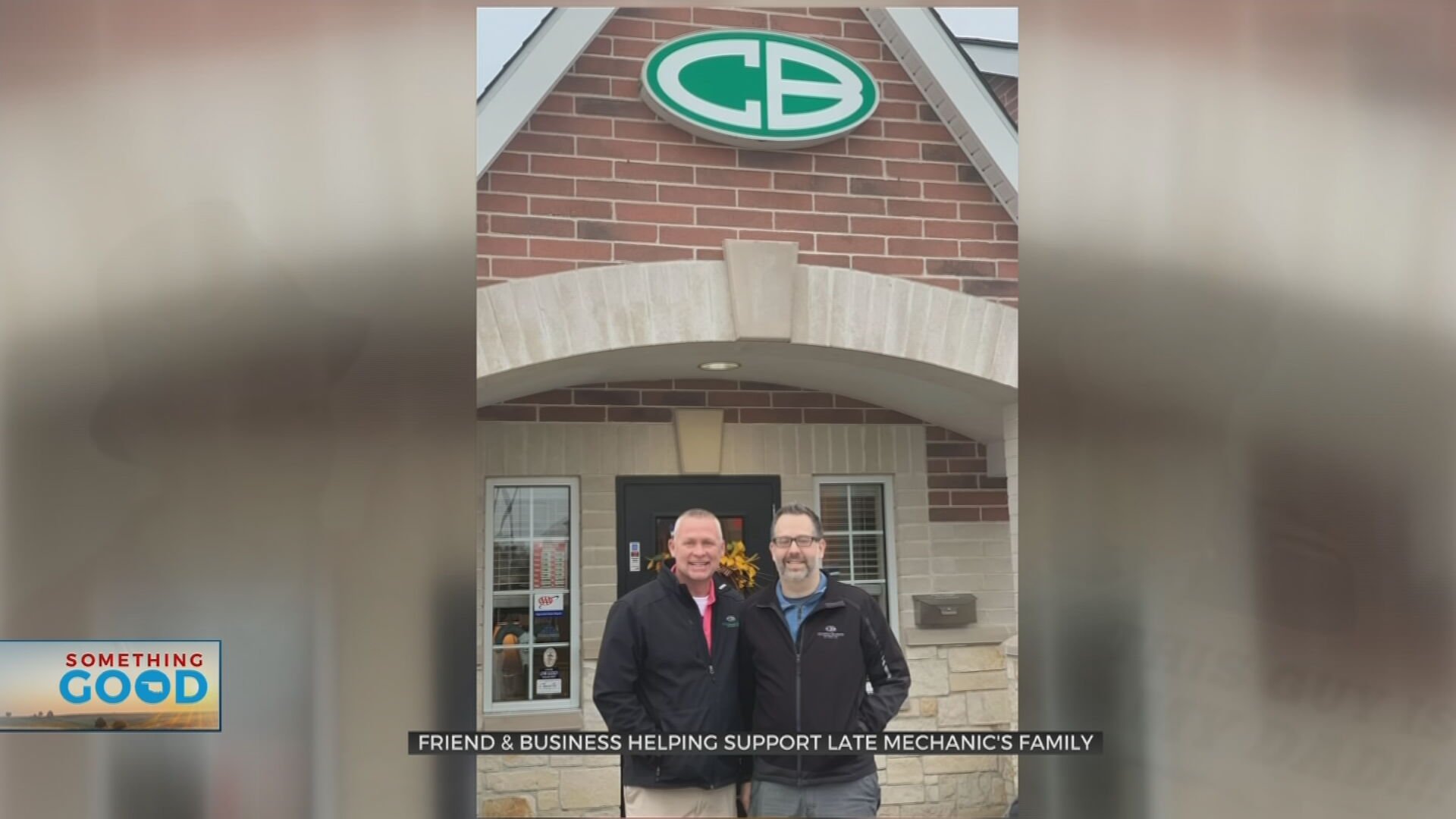 One of the mechanics at an Owasso auto shop is fixing more than cars. He is trying to repair some of the damage done by the loss of his best friend.

He is doing it by putting his own business on hold while he works to support his best friend’s family at Christian Brothers Automotive in Owasso.

“You do things for family," said Skylar Combs’ best friend David Andrews. "You don't think about it, you just do it. I feel like he would've done the same thing for me."

Andrews has worked at Christian Brother's Automotive in Owasso for about a year, but he doesn't need to- he has his own auto shop in Porter.

"If you knew Skylar and you knew what kind of relationships he held with everybody. You knew his friendships with people he was closest with, would be even stronger," said Ray Adcock, owner of Christian Brothers Automotive in Owasso.

Andrews put his own business on hold to come work here because this is the shop his best friend Skylar worked at for years before he died unexpectedly in January.

Christian Brothers Automotive in Owasso is splitting their 2020 profits with Skylar's family.

"We are way ahead of where we were last year, we have more than made up any losses we had in the spring," said Adcock. "For us, we just got to be the conduit to pass that along."

In the middle of a pandemic-- Skylar's widow Angie has witnessed unbelievable generosity, sometimes from perfect strangers.

"There would be a note and it would always start the same, ‘You don't know me, but I know your husband,’” said Angie.

That love has been needed. Skylar didn't have life insurance when he died and was also the sole breadwinner of their household. Angie has not only been dealing with the grief of losing her husband but has also been trying to provide for her four kids.

Angie said she felt like her husband was George Bailey in "It's A Wonderful Life"- a man who didn't think he was anybody special but loved to love on people.

"He had no idea the impact that he had on people," said Angie. "Skylar didn't get to see that on this side of the Earth, I got to see it."

If you would like to help support the Combs Family, schedule services or drop off donations, visit this site here.

New Art Installation Created By Tulsans For Tulsans: ‘A Celebration Of Us’