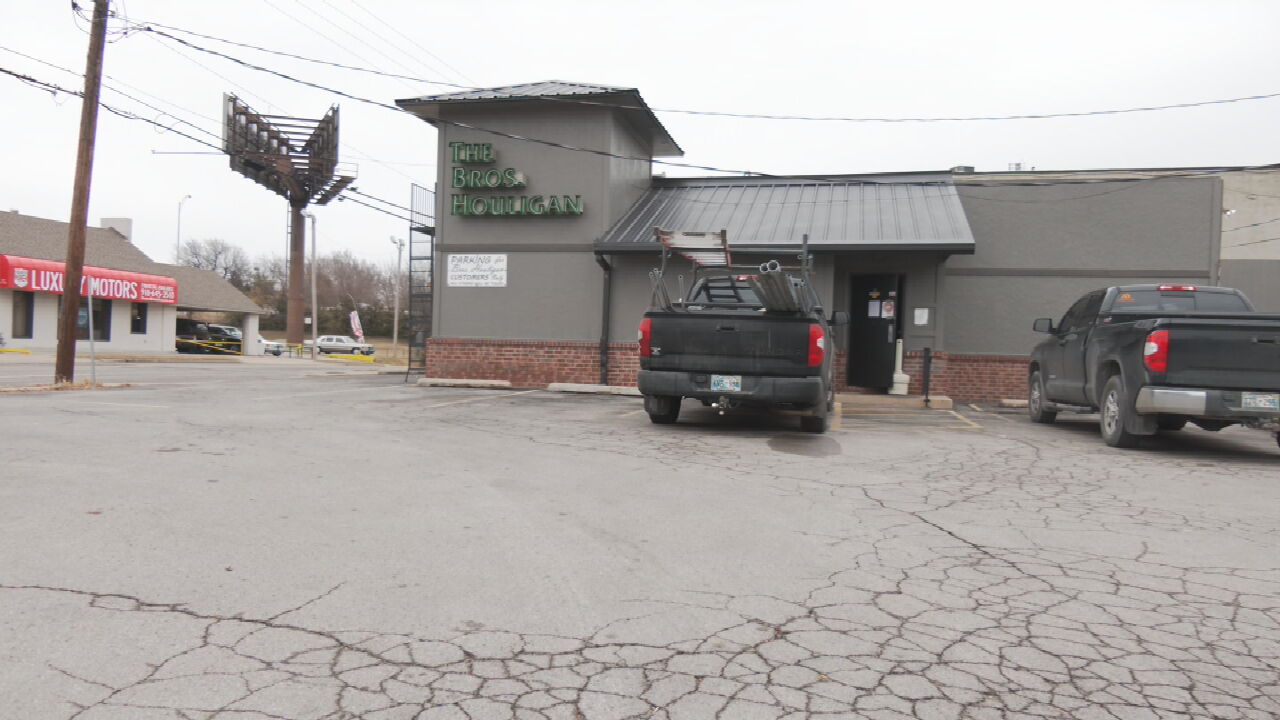 The owner of a Tulsa bar and restaurant that has been around for decades said his employees will keep getting paid despite a late-night fire that forced them to close for repairs.

The owner said he has 13 employees at the original The Bros. Houligan location and he is in a position to keep paying everyone what they would normally make for the next few days, while work is done to get the restaurant reopened.

A fire in the alleyway between a salon and The Bros. Houligan on 15th Street left behind thousands of dollars in damage. The restaurant and bar has been open for more than 30 year

"It is devastating considering that's the first location we've had. It's been open since 1987,” Corwin Moore said.

Moore is the General Manager at the restaurant's other location near 51st and Yale and is the Head of Operations for both restaurants.  He said employees and customers have adjusted to a new way of doing things with COVID-19 and are operating at 50 percent capacity during the pandemic.

Moore and Owner Patrick McMurchy are confident they will get through this latest hurdle, thanks to their customers.

"Tulsa really took us under their wing and took care of us during the shutdown back in April. Friday nights here with to go business looked like the normal Friday nights we were doing in house,” Moore said.

The Tulsa Fire Department said while the cause of the fire is still under investigation, the fire was fueled by a ruptured gas line. Firefighters said they had to break down the wall through the kitchen, and while the fire damage is contained to that area, there is significant smoke damage throughout the entire restaurant.

Still, Moore and the owner expect the midtown location to only be shut down for a few days.

"We're very fortunate that it didn't spread any further in the building and take out such a historical place,” Moore said.

The owner of the restaurants said it was "stunning" how considerate Tulsa firefighters were, saying they apologized for the mess they made. McMuchy said he told them, “You don't need to apologize. You saved my building.”